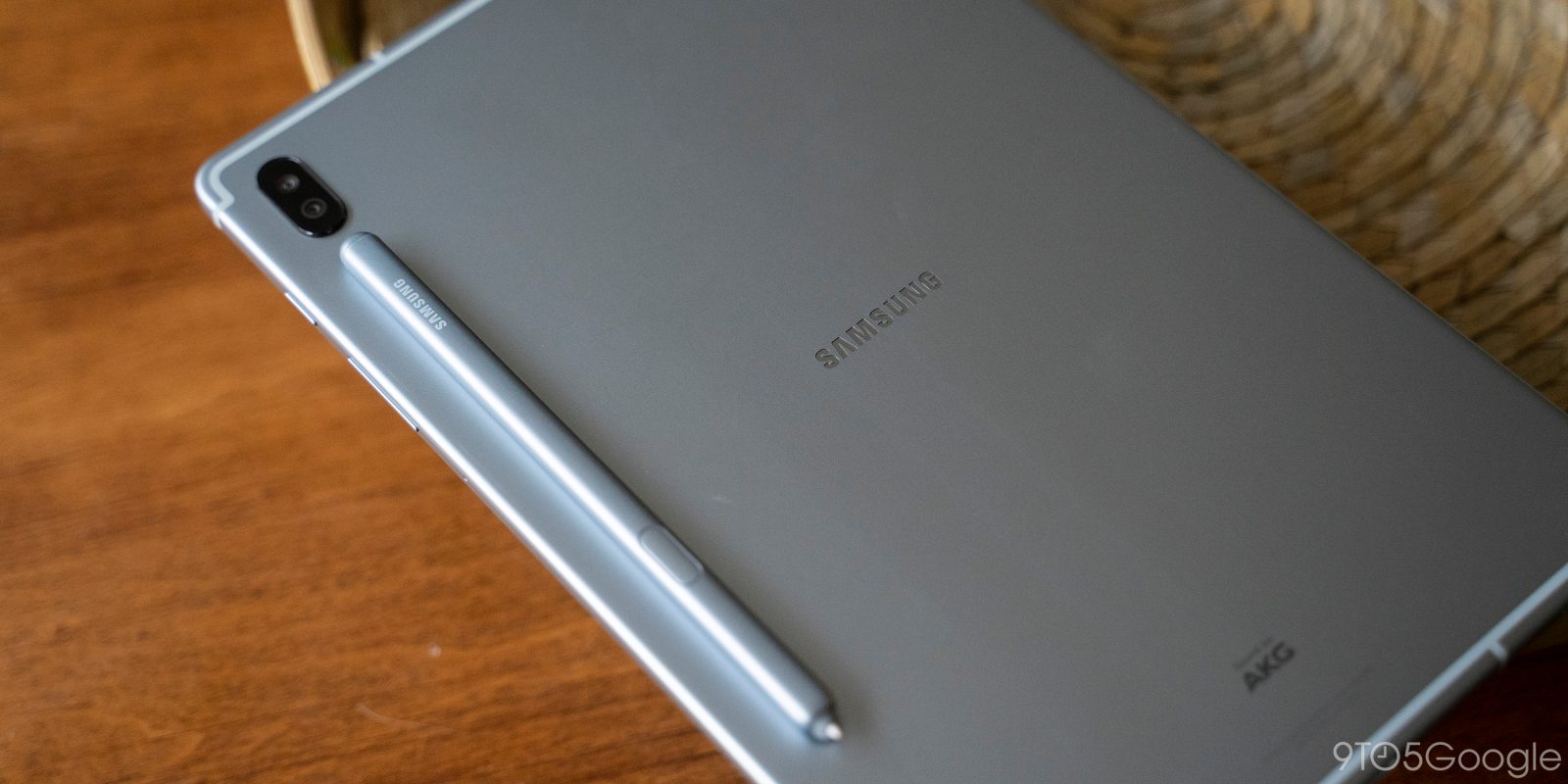 Android phones are capable of a lot, but sometimes it’s just better to have a bigger form factor available. If you’re an Android user looking to pick up a tablet, here are some of the best options you can buy.

The best of the best for Android tablets

Obviously, the best choice for an Android user is to get an Android tablet. After all, that means you’ll keep the same app purchases and be able to use all of the same accounts and muscle memory with navigation.

If you want the absolute best Android tablet on the market, the Samsung Galaxy Tab S6 takes the crown. This tablet offers up a 10.5-inch SuperAMOLED display, Snapdragon 855 processor, 6GB of RAM, 128GB of storage, has a thin and light metal design, and USB-C for charging and transferring files.

Two big perks of the Galaxy Tab S6 include that its Android version includes Samsung DeX, a desktop interface that runs your Android apps on the full screen with full mouse and keyboard support. There’s also a stylus included in the box. You’ll have to pay extra for the official keyboard/trackpad accessory, though.

The Galaxy Tab S6 retails for $649 but is often on sale for up to $100 off. The tablet is available in gray, pink, and blue colorways from Amazon, Best Buy, Samsung, and other major retailers.

Even if you hate iOS on phones, it’s hard to argue with the iPad

OK, so hear me out. Even if you’re using an Android phone on the daily, Apple’s iPad is still a great choice for you. Why? iPads are just really, really good. iPad OS, a revised version of iOS for the bigger form factor, is smartly designed to take advantage of the screen space with some killer multitasking features, too. Our colleagues over at 9to5Mac have a great overview of what’s available.

There are also some stellar apps available for iPad that you won’t find anywhere else. Apple Arcade, for example, includes dozens of excellent, exclusive games that run great on all iPads.

In years past, the biggest complaints against buying an iPad versus an Android tablet would have been the cost, but the gap has closed considerably. Apple’s 7th-gen iPad costs just $329 for the base model, and you’ll often see sales that cost by as much as $70! If you want to jump up, the iPad Air offers up a bigger screen and better performance, and the iPad Pro includes USB-C, Face ID, a 120Hz display, and more. All three tiers also support the Smart Keyboard and Apple Pencil as add-ons.

You can buy iPads from Apple, Amazon, Best Buy, B&H Photo, and other major retailers.

Want a killer screen for content consumption without spending an arm and a leg? The Galaxy Tab S5e is exactly what you’ll want. This $400 tablet offers up a 10.5-inch 16:10 display, which is perfect for watching movies and playing games on the go.

The tablet also features 64GB of storage, a Snapdragon 670 processor, 4GB of RAM, and up to 14 hours on a single charge. It also features USB-C, Android Pie, and a microSD card slot, too. 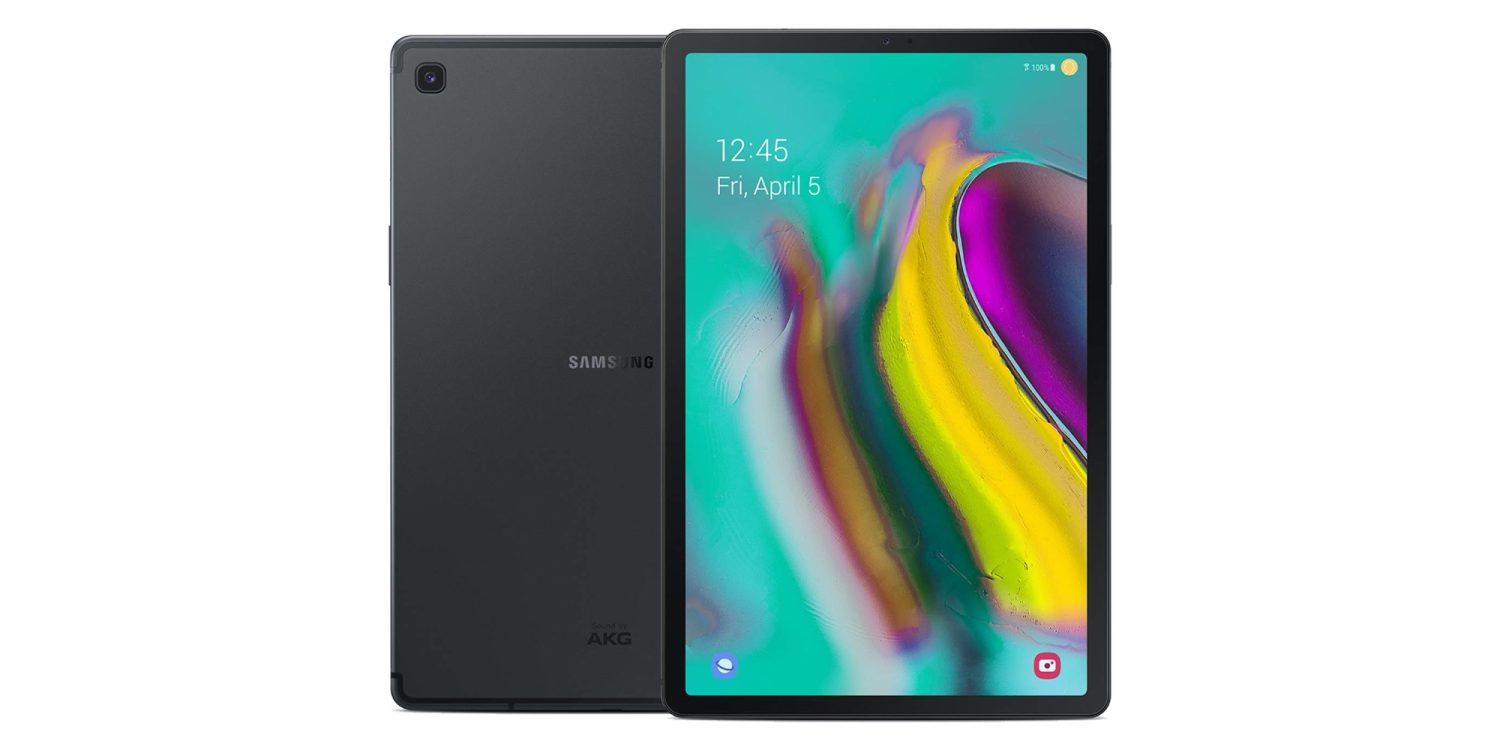 The Galaxy Tab S5e is $399 from major retail outlets including Best Buy, Samsung.com, Amazon, and more. Colorways include silver, black, and gold.

Windows 10 mixes with Android quite nicely

Windows 10 isn’t the most popular platform for tablets, but it actually mixes with Android really well! The platform offers access to all of your favorite programs including browsers such as Google Chrome, but the real secret that makes a Windows tablet great for Android users is Microsoft’s “Your Phone” app.

The “Your Phone” app connects to any modern Android smartphone to deliver notifications, text messages, phone calls, and more. The app can even mirror your smartphone’s display up to your Windows computer. 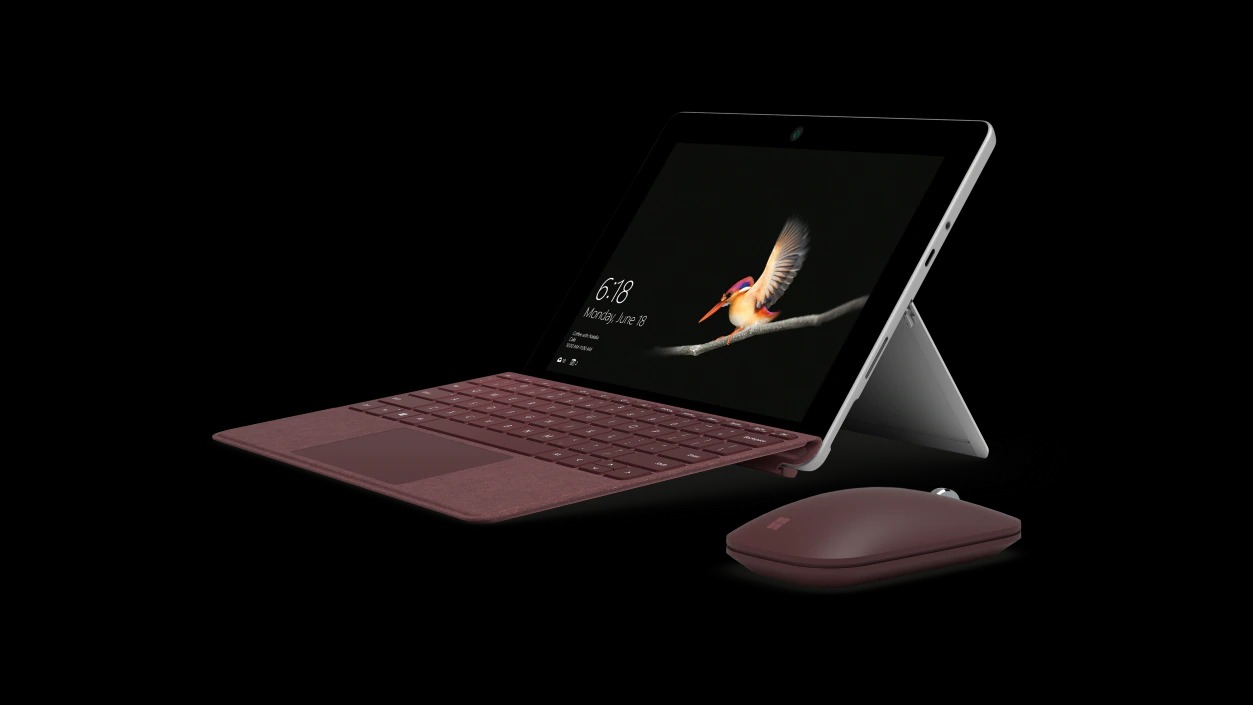 If you want to use your tablet for productivity, this is pretty much an ideal scenario. There are plenty of Windows tablets out there, too, but one of the best right now is Microsoft’s Surface Go. At $400, it’s a good mix between size and price at 10 inches. The base model offers an Intel Pentium processor, 4GB of RAM, and 64GB of storage. The keyboard accessory is available for an extra $100 and a stylus is included.

Getting the job done for an affordable price

Samsung also has even more affordable tablets available in its Galaxy A lineup. Starting at just $129, the lineup includes 7-inch, 8-inch, and 10-inch options with solid screens, decent performance, and good software, too! Not all models age that well, but the cost makes them a very valid option.

The brand-new Galaxy Tab A 8.4, for example, includes Verizon LTE for just $279, a fraction of the cost you’d see from other LTE tablets. 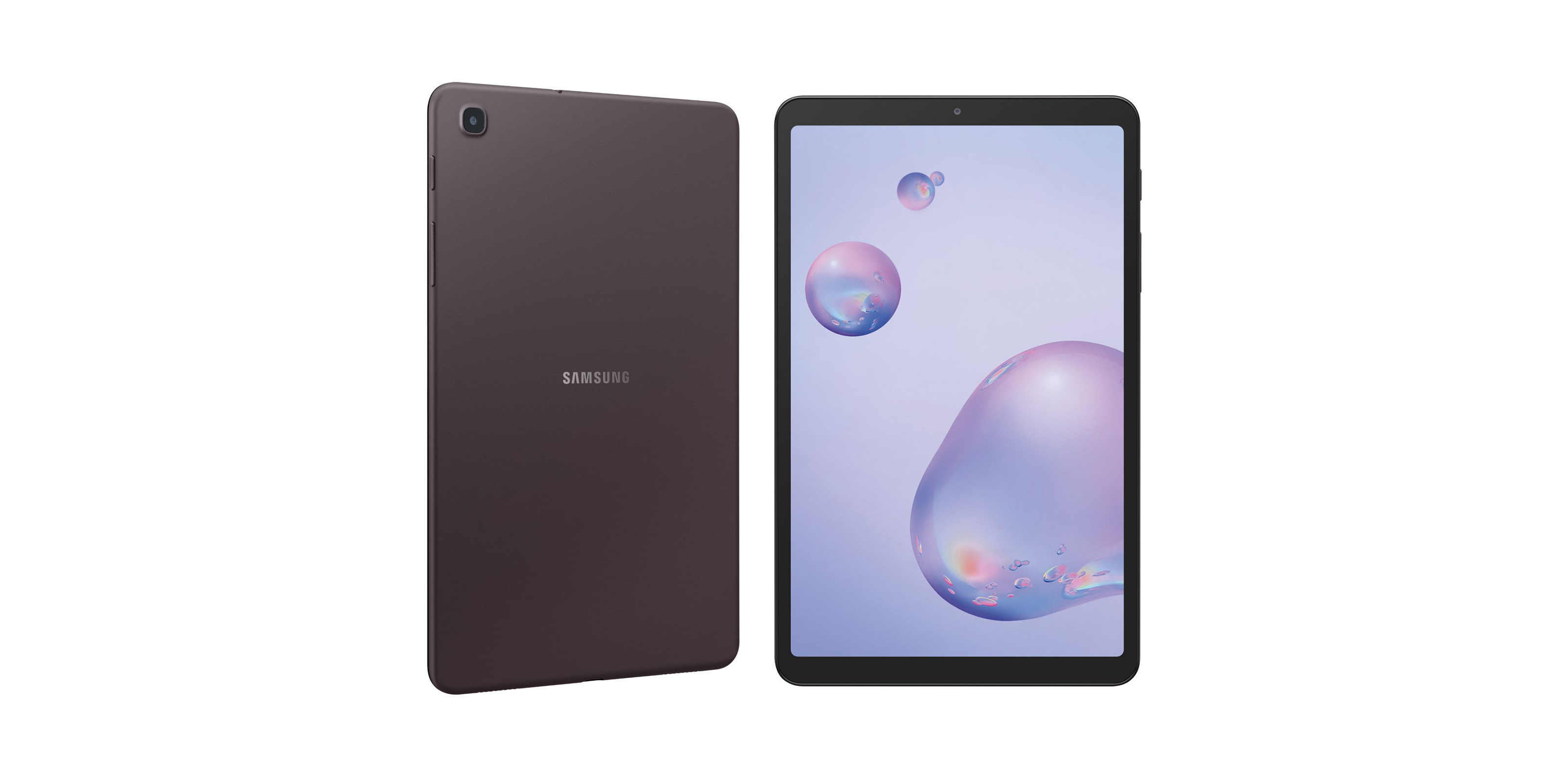 Samsung offers all of its Galaxy A tablets from its website, with most models offering free overnight shipping. Best Buy, Amazon, Walmart, and other major retailers also offer the Galaxy Tab A series.

Android tablet and Google Assistant speaker all in one

Lenovo makes that secondary function easy, too. Ambient Mode is automatically triggered when you plug the tablet into a USB-C charger. Plus, there’s a built-in kickstand too.

The Yoga Smart Tab also features a 10.1-inch 1080p display, 4GB of RAM, 64GB of storage, a microSD slot, Snapdragon 439 processor, and dual speakers as well. There’s a 5MP camera on the front and an 8MP camera on the back. Pricing for the Yoga Smart Tab generally lands at $299, but there have been bundle deals for as little as $249. You can pick it up from Lenovo directly.

Need a big screen without spending a ton of money? Lenovo’s Tab M10 offers a 10-inch display for just $179. This affordable tablet has a resolution of 1280 x 800 and features 32GB of storage, 2GB of RAM, a Snapdragon 429 processor, and features up to nine hours of battery life. Android Pie comes out of the box, too, with microUSB charging and 5MP cameras on the front and the back. 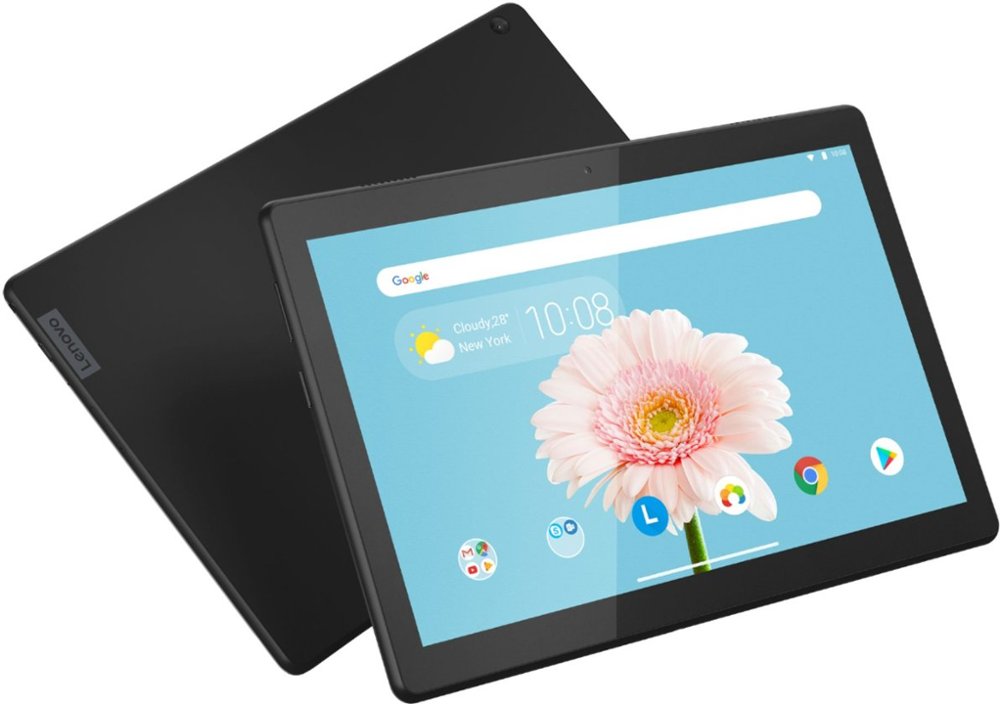 You can get the Lenovo Tab M10 from Best Buy and other major retailers.

Dirt cheap, but no Google Play

If you just need a dirt-cheap tablet, there are few options better than Amazon’s Fire Tablets. The Amazon Fire 7 costs just $39 with a 7-inch display, 2MP cameras on the front and back, microUSB, 1GB of RAM, and 16/32GB of storage, as well as a 1024 x 600 display.

The Fire HD 10 is perhaps the most exciting of the trio. It costs $99 but features a 10-inch, FHD display, 32GB or 64GB of storage, 2GB of RAM, a longer one-year warranty, Dolby Atmos speakers, and USB-C for charging. Also included on the 7-inch, 8-inch, and 10-inch models is Amazon Alexa for voice controls.

All three sizes also feature “Kids Edition” models that have a durable case and generous 2-year warranties as well. They cost $99, $129, and $199 respectively.

These are great values for the money, just keep in mind they don’t ship with Google Play. You can sideload it if you’d like, but that’s not a process for the faint of heart.

If none of the Android tablets on this list have really caught your fancy, there’s another alternative. Google’s Chrome OS platform has become an excellent option for many. A lot of modern Chromebooks feature 2-in-1 designs, which means they are a laptop when you want it or a tablet when you want that. Some options like Google’s Pixel Slate are also tablet-first.

If you’re interested in trying a Chromebook, we’ve got another roundup of the best options available.