YouTube’s desktop site gets improvements for touchscreen devices like iPads

YouTube is the most-used video service on the planet with millions of users on the site daily. This week, Google has introduced some updates for YouTube’s desktop site that include making it a bit more friendly for touchscreens.

Explained on a support page (via Android Police), Google has made a few tweaks to the YouTube interface which should make things a bit easier for those on touchscreen devices. For example, this might include those using their tablet (iPad, Galaxy Tab, etc) and a browser such as Chrome or Safari.

The first big change here is that there’s now a “three dot” menu option that shows persistently under all video thumbnails. Previously, YouTube only showed that option when hovering a cursor over the thumbnail, something that’s not possible on a touchscreen.

Google has also added a new gesture to the video player on YouTube which allows touchscreen users to swipe up to enter fullscreen or swipe down to enter the miniplayer. Further, tweaks to scrolling deliver a better left-hand guide which includes account information and the notification menus. This update also made many of the icons slightly bigger to make them easier to tap. 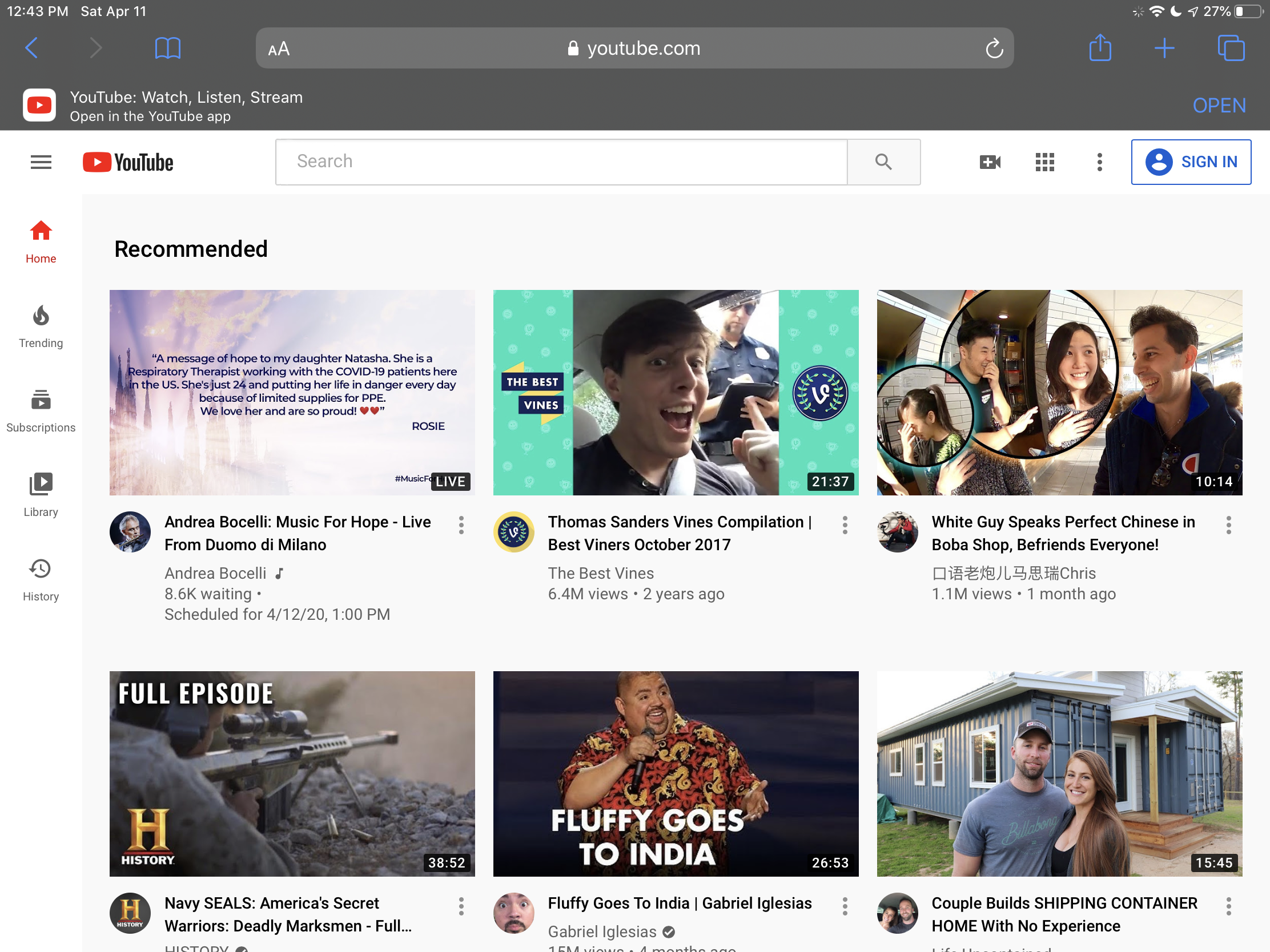 If you’re browsing the YouTube desktop site from a touch device (for e.g. using Safari on your iPad), you’ll now see a “three dot” menu option persistently showing under all video thumbnails. This wasn’t the case before as it took hovering a cursor over the video title (with a computer mouse or trackpad!) for these three dots to show. We’ve corrected this and viewers on touch devices will have a similar experience to others!

Finally, YouTube has also improved some portions of its desktop site for all devices. This includes better organization of watch history with clear separation between different days of history. Playlists also get a feature that was in previous versions of YouTube, the option to use “move to top/move to bottom” buttons!