Google Chrome and Microsoft Edge are the most popular Chromium-based browsers, and being based on the same foundation, they see development often shared between the two companies. This week, both Microsoft Edge and Google Chrome are picking up support for better spellcheck, thanks to a joint effort.

In a blog post (via the Verge), Microsoft’s Edge team explains that a “collaboration between Google and Microsoft engineers in the Chromium project” has resulted in support for the built-in Windows spellcheck tool to be supported in both browsers. This means that, for Windows 8.1 and above users, both Google Chrome and Microsoft Edge use the system tool instead of the open-source Hunspell Spellcheck.

What’s the advantage? Using the built-in Windows spellcheck tool, errors won’t be counted as often for URLs, words behind a hashtag, and acronyms, too. The difference is illustrated below, and it’s pretty impressive to see the difference. 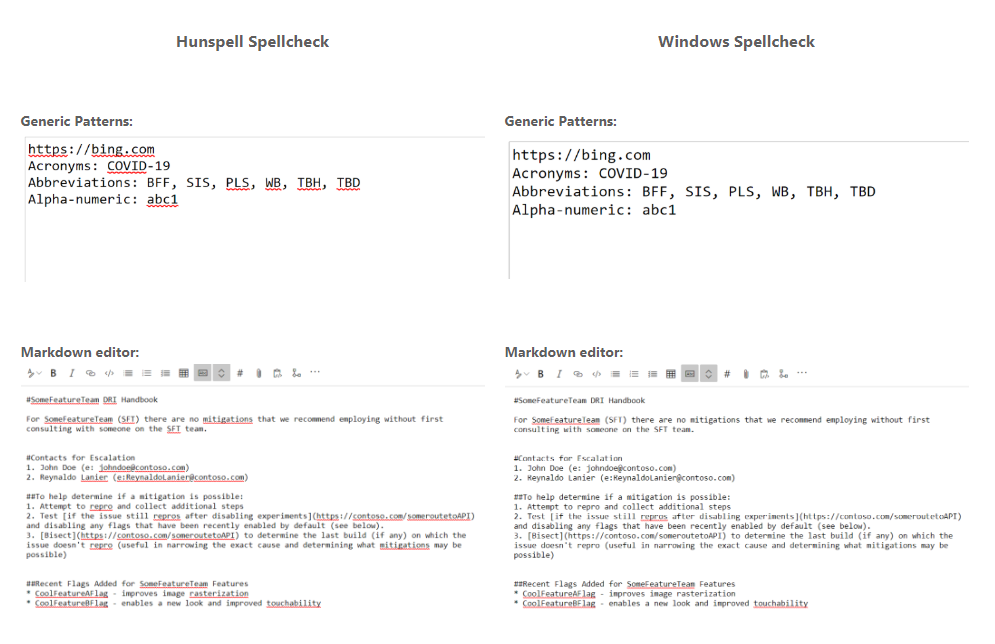 The new spellcheck experience in Microsoft Edge and Google Chrome — and any other Chromium-based browser that adopts the changes — will be only found on Windows for now, but they’ll be automatic. As long as a user has the needed language pack downloaded to their Windows machine, these browsers will automatically default to the new experience. If that isn’t available, they’ll fall back to Hunspell.

To check and ensure you’re using it, go to chrome://flags/#win-use-native-spellchecker or edge://settings/languages.