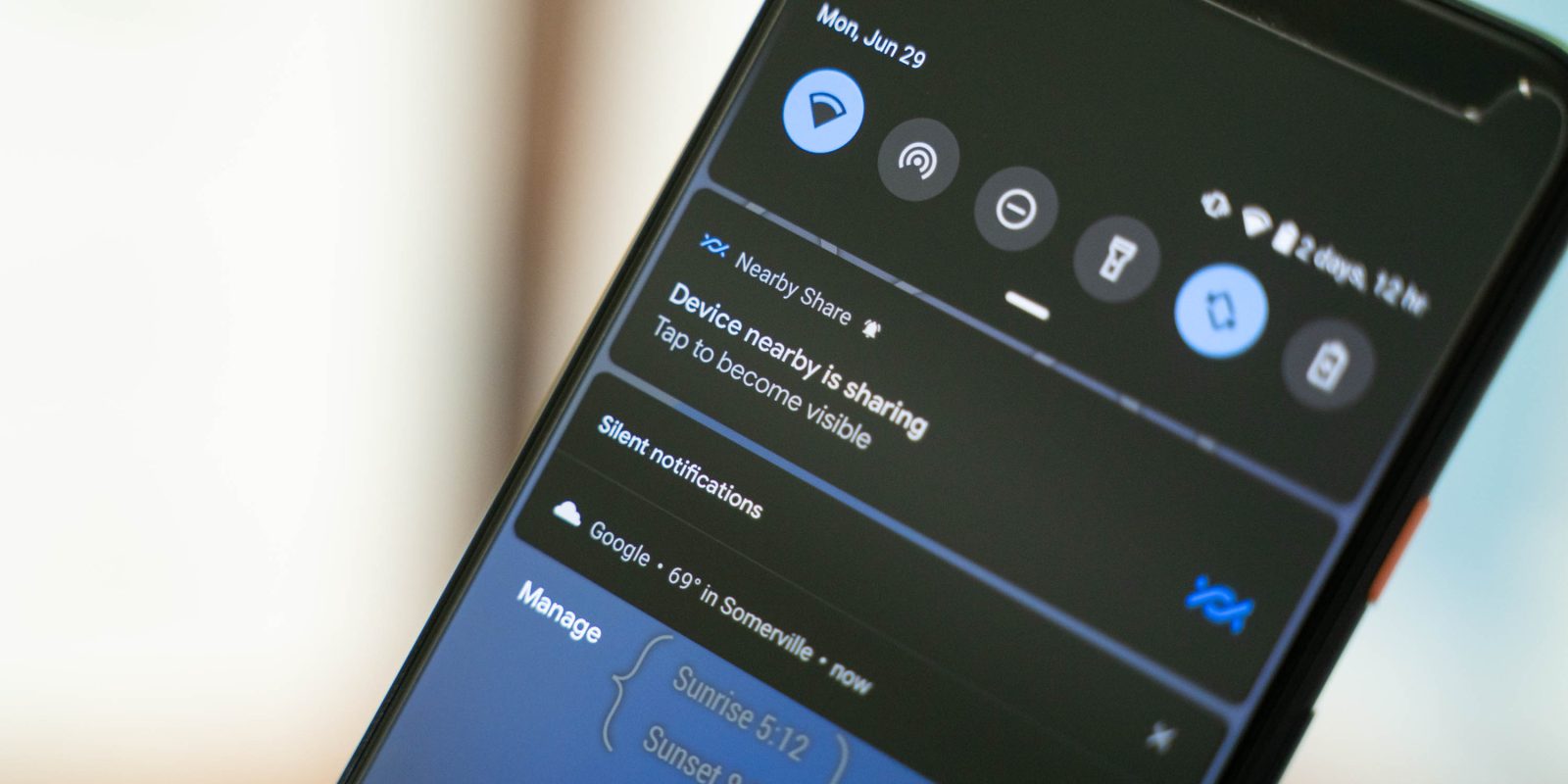 Following numerous leaks and several accidental mentions over the past year, Google is finally making “Nearby Sharing” official. While the feature still isn’t quite ready to launch, Google has confirmed Nearby Sharing is coming soon and, better yet, is already rolling out to some beta users on Android.

What is “Nearby Sharing?” Essentially, it’s Google’s version of AirDrop, a very useful feature on Apple products that allows quick and easy transferring of files over a Wi-Fi connection. It’s something Android users have been begging for for years now, and now it’s finally coming.

Speaking to Android Police, Google confirmed that it is running a limited beta test of Nearby Sharing with select Android users, but the test field is very small. Even by updating to the Google Play Services beta, you still might not get the feature live on your device. Personally, I wasn’t able to get it on my Pixel 4 XL. When Nearby Sharing does launch widely, Google says it will run on Android 6.0+ devices and “other platforms.” As we previously mentioned, those other platforms include Windows, Mac, and Chrome OS.

We’re currently conducting a beta test of a new Nearby Share feature that we plan to share more information on in the future. Our goal is to launch the feature with support for Android 6+ devices as well as other platforms.

How does this new feature work? As mentioned, this isn’t live on my device, but AP’s Ryne Hager was able to get it working on his device. As seen in the gallery below, Nearby Sharing allows for visibility preferences, setting the name of your device, and there’s even a notification to quickly enable the ability to accept files, links, or basically anything else.

Both users have to explicitly accept the ability to send or accept data, and once that data is received it will automatically be opened. For example, a picture might open in Google Photos while a link may be opened in your browser or an app that opens that URL. AP notes that Nearby Sharing is very quick in their experience so far.

It’s unclear when Nearby Sharing will roll out widely to other Android devices, but beta testing is a great sign that it’s not too far off.