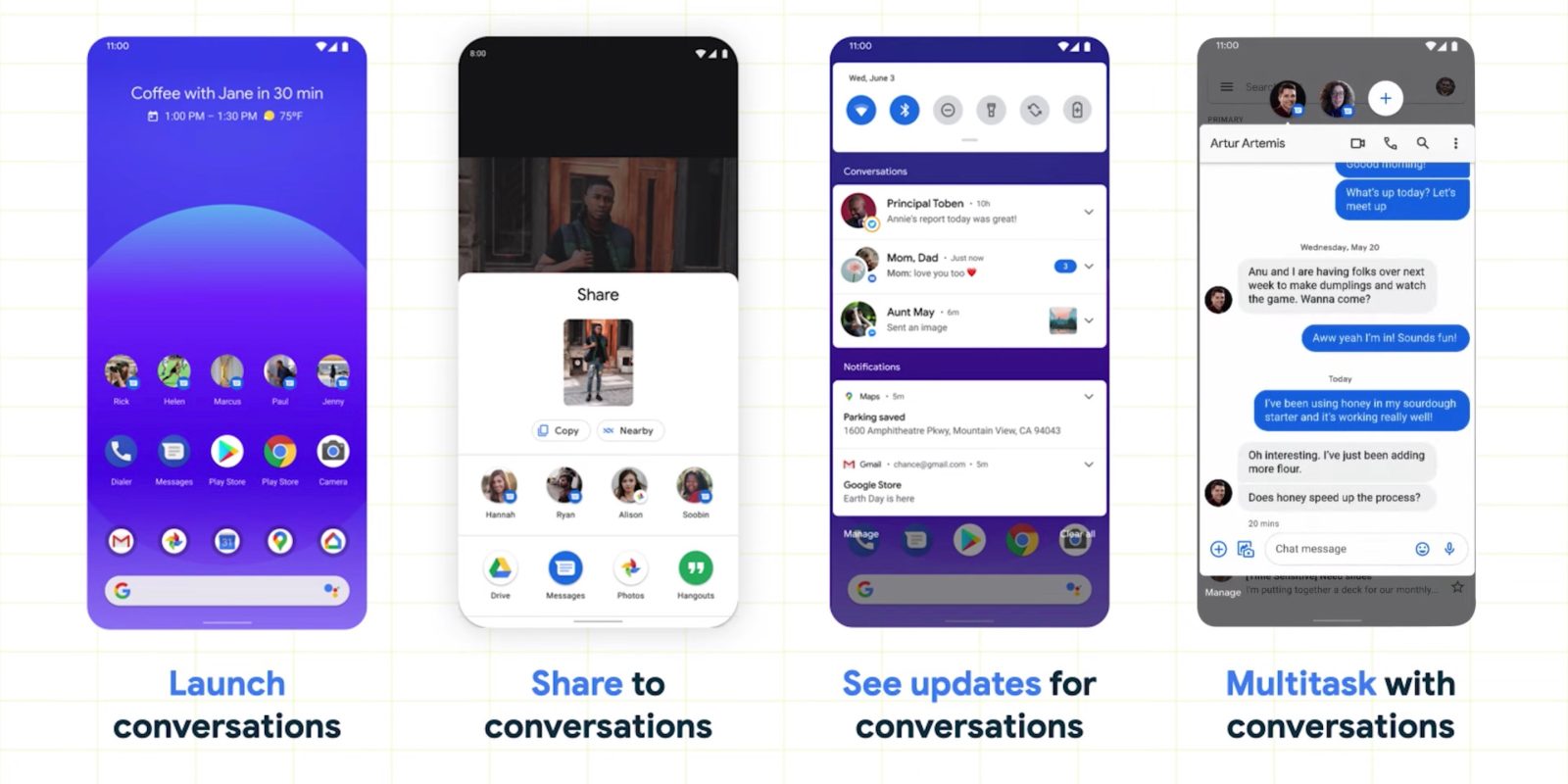 Today kicks off the first segment in Google’s 11 Weeks of Android series. Videos and blog posts this week are all about the upcoming operating system’s focus on “People & Identity.” Homescreen conversation shortcuts were previewed in one video, while we randomly see the rumored “Nearby” feature integrated with the Android 11 share sheet.

Update 6/23: Nearby Sharing has made another appearance in Quick Settings. One Android 11 user spotted the helix-shaped icon after installing the beta, but it later disappeared. When it was visible, they could not tap or access the functionality. This should provide a useful shortcut for turning on/off the capability.

Original 6/15: For the past several months, Google has been working on an Apple AirDrop-like feature that will allow Android users to share links and files with other people in close proximity. It’s a successor to Android Beam, but leveraging Wi-Fi while it was previously called “Fast Share” before being renamed to “Nearby Sharing.”

Today’s “Conversation notifications: New features & best practices” video previews all the upcoming features related to this Android 11 tentpole, and how developers can integrate it. One slide previews the user-facing changes with a screenshot showing four contacts appearing in the share sheet as part of directly sending “to conversations.” These are renders, but should be reflective of Android 11’s final design.

Under the preview of what you’re sending, there is the current ability to “Copy.” What’s notable is a new button called “Nearby” with intertwining fibers/helix serving as its new icon.

Previously, Nearby looked just to be another app/icon in the grid of share targets, but this elevation to the top row suggests deeper system-level integration for the upcoming capability. This is the second time this preview cycle that Android 11 explicitly referred to Fast Share. Hopefully, the Nearby Sharing launch is coming sooner than later.

Meanwhile, the screenshot also shows how all conversations that support the latest Android 11 features will be able to pin conversations to the homescreen. Google also goes over best practices for implementing Bubbles, including how you shouldn’t be able to browse other conversations from the current floating window.