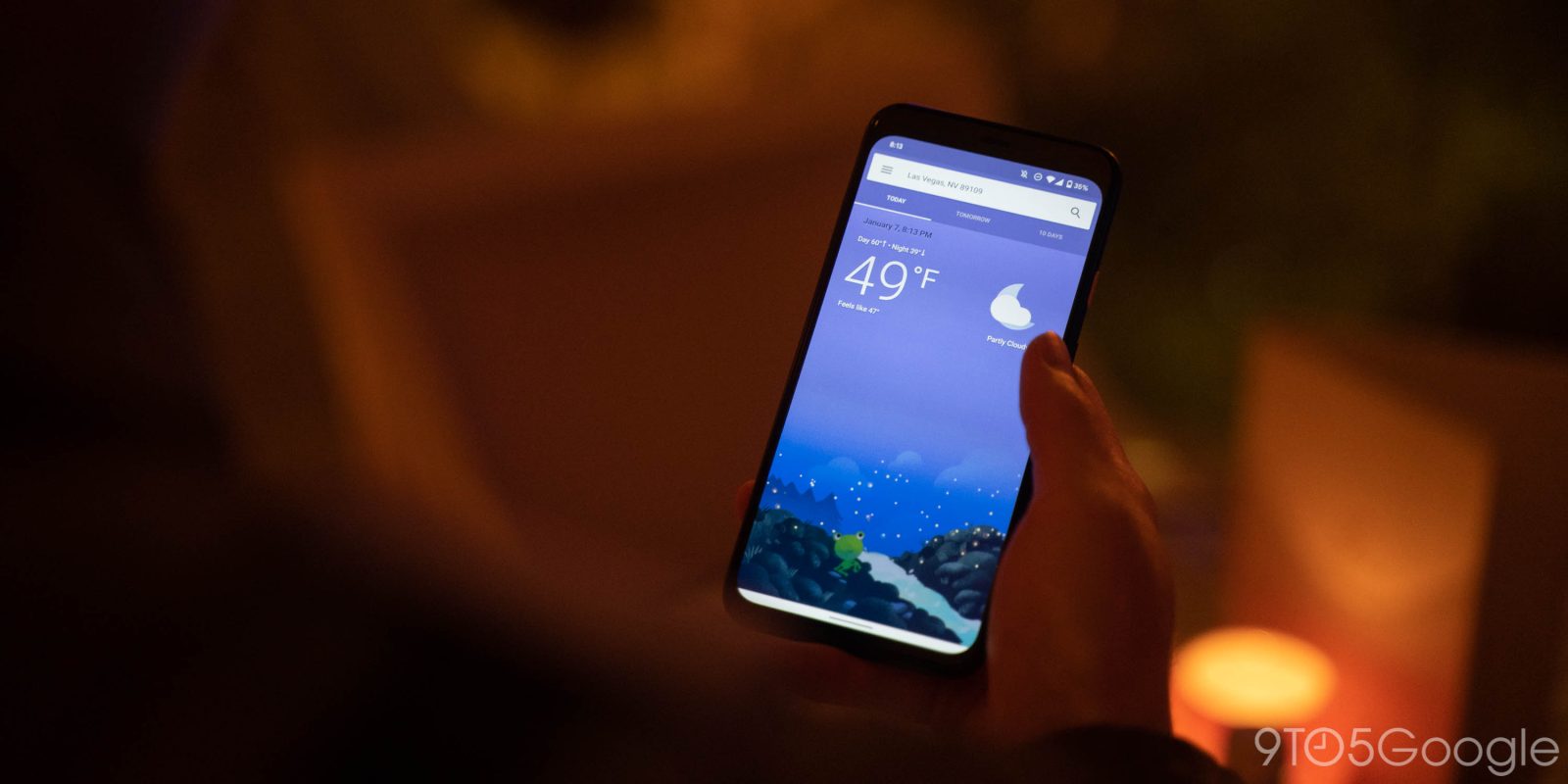 For a long time, the Google app on Android has had a not-so-hidden weather “app” built-in. It offers a full UI with limited but useful features. It gets the job done for a lot of people and has a cute little frog too. Now, though, some Android users have noticed that the Google weather app has disappeared off of their phones.

Presumably as part of a bug or an A/B test, the Google app is removing the weather app. When the app was working, it was accessible from the “At a Glance” widget used on Pixel devices as well as when searching “weather” through the Google app or search bar. When accessed, too, a shortcut to this weather app could be added to your homescreen.

Over the past several days, more and more users have been reporting this change. We’re not exactly sure how widespread this is or what triggers the change. It seems possible this could be linked to the Google app beta, but it could also be caused by a server-side change. There’s really not much rhyme or reason for the change, either. I’ve got the app on my Galaxy Note 20 Ultra, but a Pixel on the same account lacks it. For some users, it also goes back and forth.

Without the proper app, a simple knowledge graph card is shown (pictured below) with the current conditions, an hour slider to see the forecast and a look at the next several days ahead. It’s functional, but it looks nowhere near as nice.

Hopefully, this is just a test or a bug within the Google app. In the meantime, though, there’s a neat workaround that still allows access to the weather app, complete with that adorable frog as its homescreen icon.