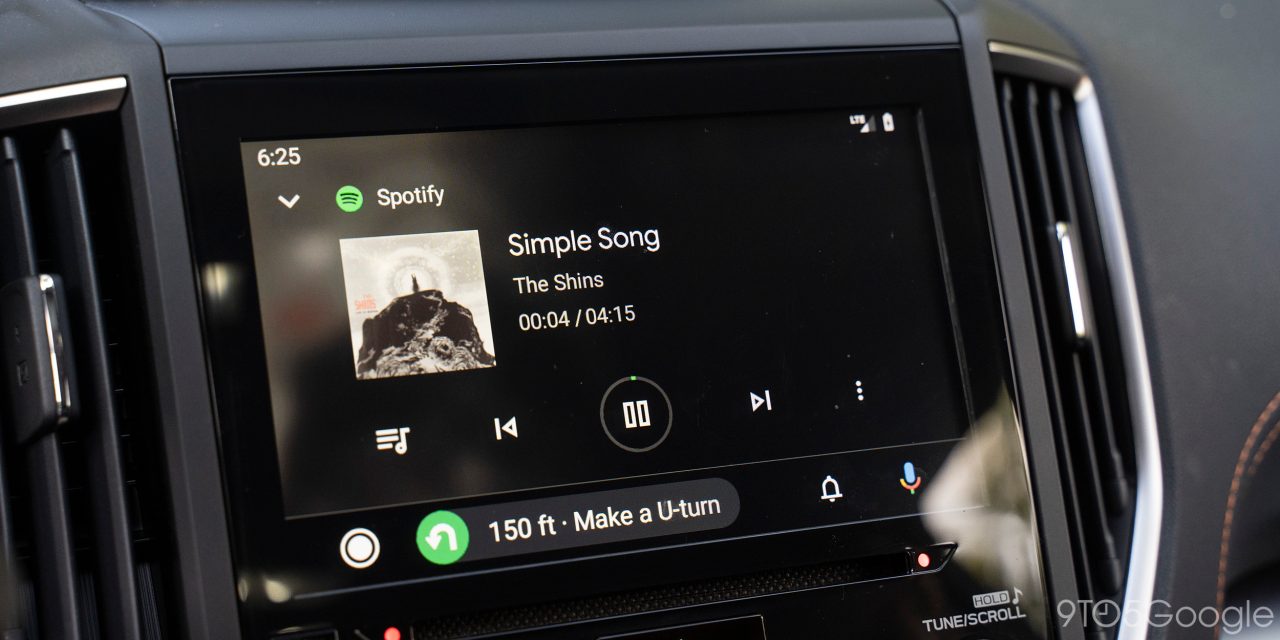 Android Auto has picked up a few handy changes lately — like the triumphant return of calendar integration — and today, another has been spotted. In a quiet tweak, Android Auto now shows the title of your song when switching between tracks.

As seen below, this change enables users to see the title and artist of the song they’re playing through Android Auto’s “control bar,” constantly visible at the bottom of the display. The icon for the service you’re using as well as the skip back and pause buttons are removed with a slick animation that replaces all of that with the album art and song title/artist name for what you’re listing to. The information only shows for a few seconds before reverting back.

While this does add some “clutter” to the otherwise pretty distraction-minimal Android Auto UI, I think it’s for the best. After all, a user would be required to leave their mapping application and go back to the music app to see this info previously, and that requires more taps and potentially taking a hand off of the steering wheel. Navigation apps display text in this way, too.

It’s unclear exactly when this started rolling out, but presumably, it arrived as part of a server-side switch. In any case, it appears to be widely rolled out as Android Police reported on it this afternoon as well with some readers nothing the change live on their devices in the comments section.