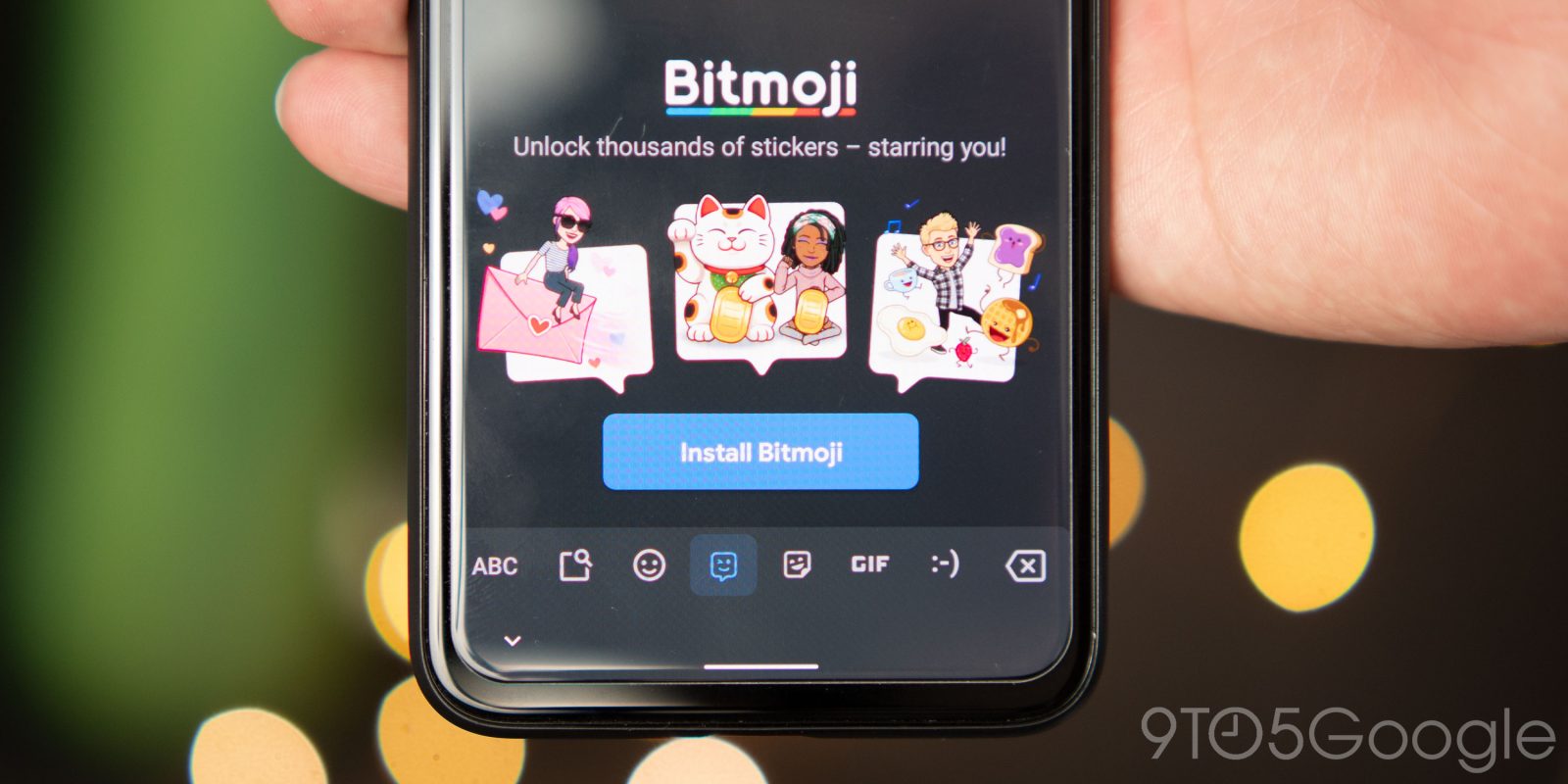 It looks as though Google really wants Gboard users to download and use Bitmoji as a new dedicated tab with a prompt will appear within the keyboard when using the emoji section.

Bitmoji are essentially a 2D version of the popular Apple Memoji that utilize the front-facing 3D camera to create an Apple-ified likeness of yourself to send in text messages and more. Bitmoji were created by Snapchat and Google added the option within Gboard for some sort of parity.

Our own Dylan Roussel had spotted the dedicated Bitmoji tab just a few short days ago, and per Android Police, it now looks as though it is rolling out more widely. When available you’ll see a tiny Bitmoji tab right next to the usual emoji and stickers tabs.

Opening it will prompt you to install the standalone Bitmoji app, which will require you to log in using Snapchat or using your email. If you don’t do so, it simply lives within Gboard basically waiting for you to install the application.

Now Bitmoji might be popular for some out there, but direct integration with Gboard isn’t exactly going to be liked by everyone. This feels like a shoehorned inclusion that doesn’t really “fit” with the clean Gboard experience we’ve come to know and love.

Unfortunately, there is no way to disable the Bitmoji strip within Gboard if you don’t want to use the “thousands” of stickers that the Snapchat-owned firm supposedly offer. We’re really hoping that Google doesn’t start cramming more stealthy add-ons like this though long term.

As the guys over at AP note, it looks as though this feature is rolling out with the latest Gboard 9.8 beta, which we have been able to confirm. Older versions don’t appear to have the option, but this could come via a server-side change. With that in mind, if you have seen this Bitmoji tab within your version of Gboard, be sure to let us know down in the comments section below.