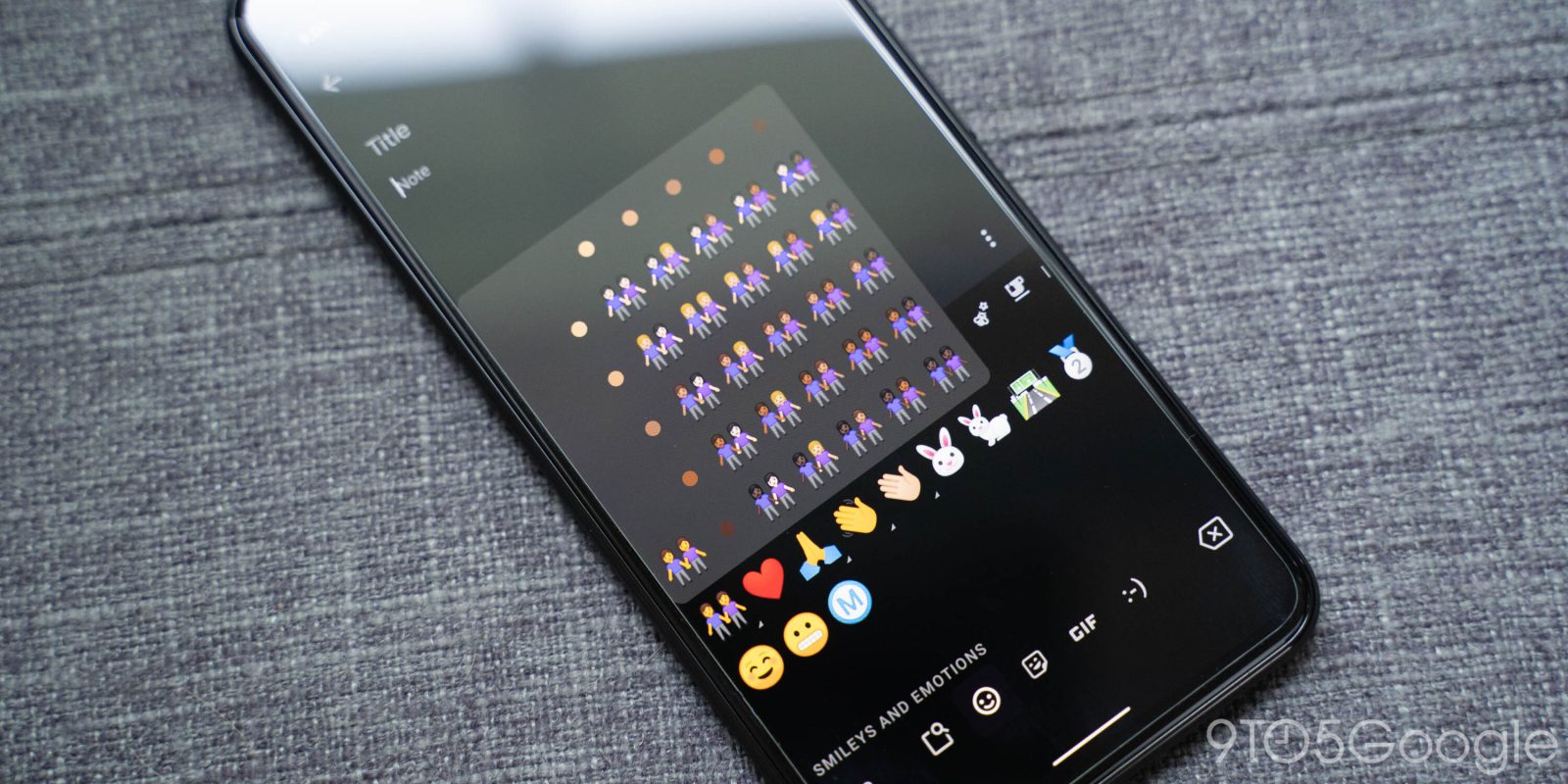 The latest batch of emoji that will debut with Android 11 in the coming weeks features 55 new skin tone and gender variants, with Gboard for Android now offering a much-improved table interface for selecting them.

Instead of being arranged in a spectrum, holding down on a Gboard emoji that has variants — as denoted in the corner — shows an ordered table. The first line corresponds to the person at the right, while the first row represents the left-most character in a pairing.

The original emoji is shown outside at the bottom-left for access at any time. Another improvement sees the picker remain open after you long press. Previously, users had to keep pressing the screen and drag their finger to make a selection.

This table UI for emoji is much more organized than the grid that came before. You can just use this system instead of having to look closely, which is already difficult given the size.

Single-character emoji offered in multiple skin tones are still organized in a grid, and wouldn’t benefit from this new organization. Gboard’s new table emoji picker on Android is available on several devices running version 9.7 — currently in beta — that we checked today. It should be ready in time for Android 11’s launch.