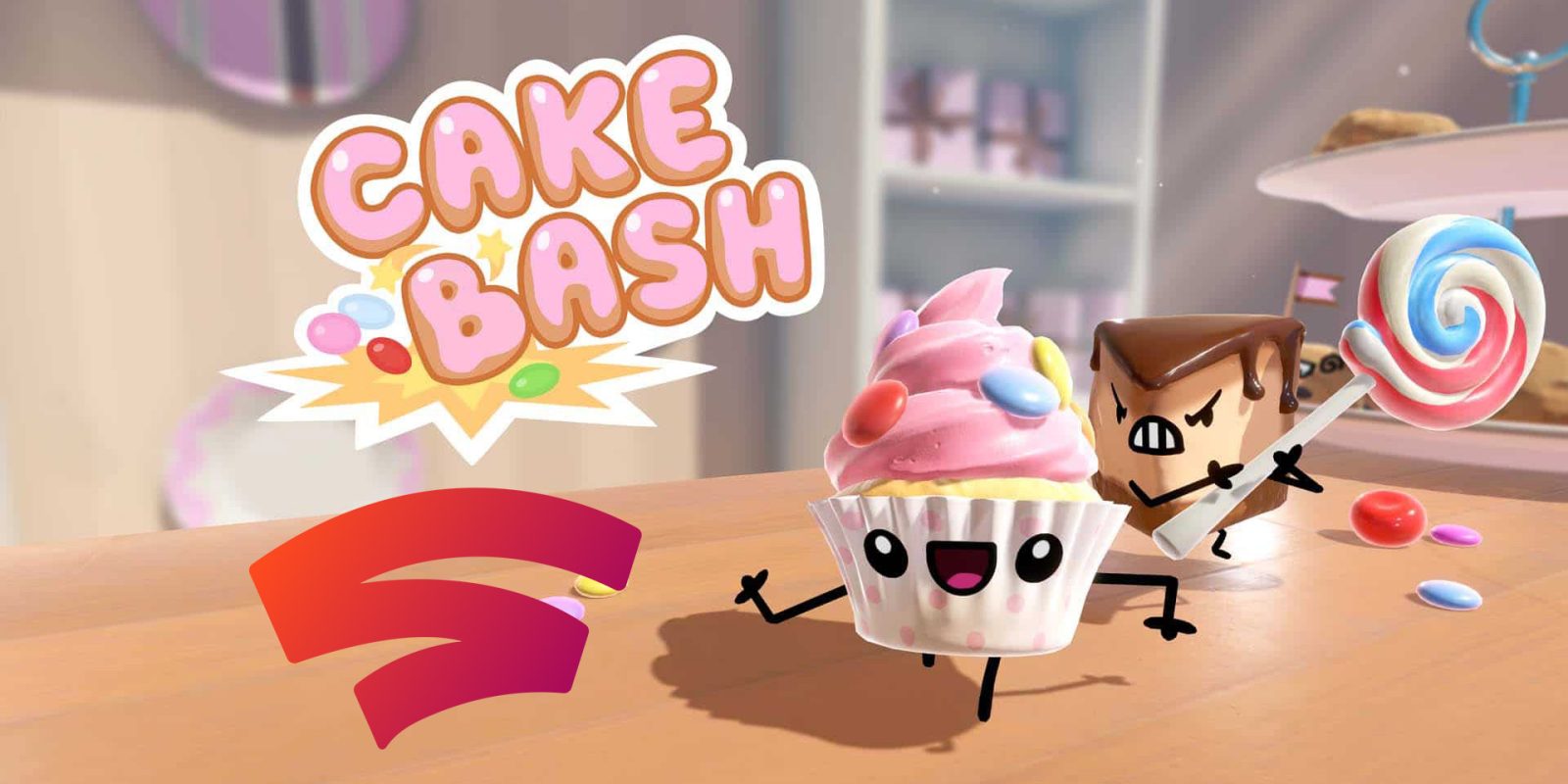 Google Stadia has come a long way from its launch lineup of a mere 20~ games. Today, the platform has announced 3 new titles coming soon, including the arrival of Cake Bash on Stadia.

In a brief post today, Google reveals that Coatsink’s Cake Bash game is coming to Stadia on October 15th. The game was supposed to arrive on other platforms earlier this year, but ended up delayed a few times throughout the year. Now, it’s arriving on Stadia at the same time as Steam, PS4, Xbox, and Nintendo Switch.

Cake Bash is a four-player multiplayer game that sees players battle as their favorite type of cake in different arenas along with minigames. Pricing for Cake Bash has not yet been announced.

Cake Bash is a manic party game for up to four players, where the goal is to make yourself as irresistible as possible. Cover yourself in chocolate, jelly beans and all manner of sugar-studded goodies to become the tastiest cake, but watch out – your rivals will do anything to stop you, whether it’s by clouting you with a spork, knocking you into pigeon poop, or covering you in all manner of gunk!

Alongside Cake Bash, Google is also announcing two other titles coming soon. First, that includes Ary and the Secret of Seasons. This adventure game first debuted on PS4 and other platforms earlier this month to mixed reviews.

A specific release date for Ary and the Secret of Seasons on Google Stadia has not been announced just yet.

Ary and the Secret of Seasons is an award-winning adventure game following a young girl named Aryelle, or Ary, as she journeys across the great world of Valdi. By becoming the Guardian of Winter, Ary gains the ability to manipulate the seasons around her. Ary will learn to control the seasons and use them to defeat enemies, overcome obstacles, and solve complex puzzles on her adventure across Valdi.

After a mysterious force throws the seasons of Valdi into disarray, Ary decides to assist the Guardians of Seasons and sets out to find the source of the mayhem. Using her wits and courage, Ary will have to overcome monstrous enemies, secret plots, and stuffy traditions to save Valdi and bring balance to the world once more.

Finally, Coatsink Games is bringing a pretty… unique game to Stadia. PHOGS is a multiplayer game that sees two players as dogs linked together with a stretchy belly connecting them to solve puzzles. No release date or gameplay footage is available yet but… yeah this is a weird one.

In PHOGS! you play as a duo of dogs on a captivating, puzzle-filled adventure. Linked by a stretchy belly, you’ll need to bark, bite and bounce your way in co-op or single-player through obstacles set across the themed worlds of Food, Sleep and Play, filled with hilarious physics-based gameplay and sneaky secrets.