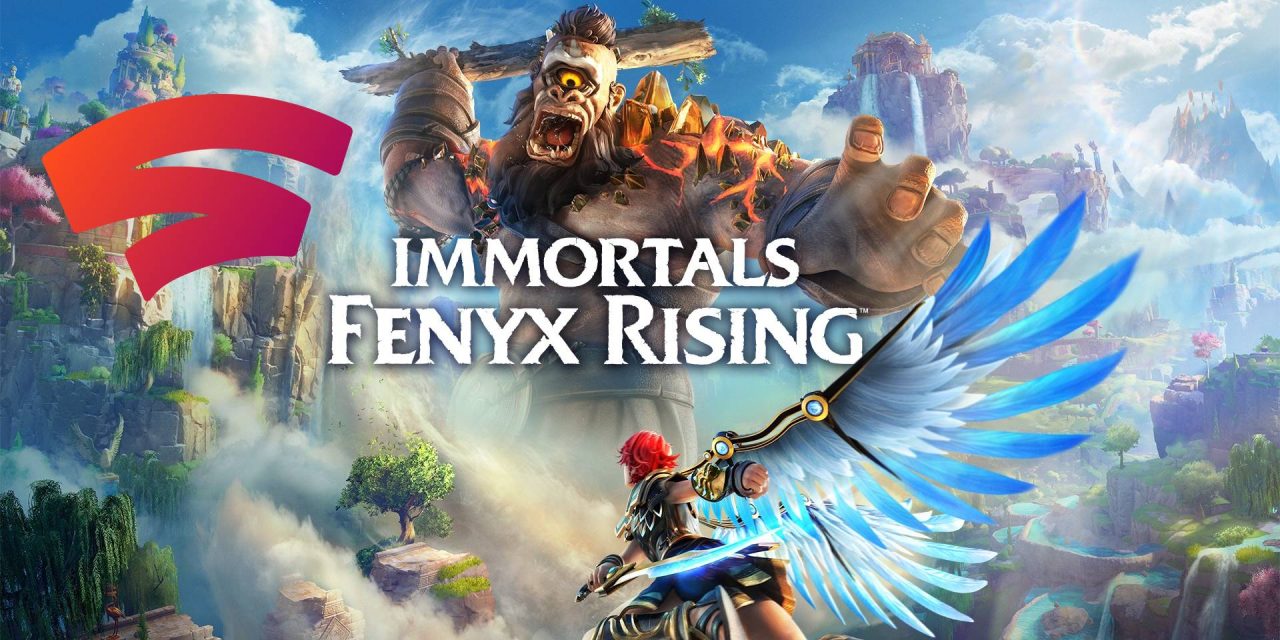 In 2019, Ubisoft showed off a new title by the name of Gods & Monsters. After a lengthy delay, the game is finally releasing on Stadia and other platforms this holiday season under a new name — Immortals: Fenyx Rising.

Based on the myths of the Greek gods, Immortals: Fenyx Rising sees players on a mission to save the gods while learning new skills along the way. Their character, Fenyx, is a winged demigod who will be taking on mythological beasts to eventually take on Typhon, a deadly titan. The title looks considerably more ambitious than it did from early previews.

Immortals Fenyx Rising™ brings grand mythological adventure to life. Play as Fenyx, a new winged demigod on a quest to save the Greek gods and their home from a dark curse. Take on mythological beasts, master the legendary powers of the gods and defeat Typhon, the deadliest Titan in Greek mythology, in an epic fight for the ages. The fate of the world is at stake – you are the gods’ last hope.

Later this year ahead of the game’s final release, Google Stadia is getting an early playable demo. Phil Harrison confirmed the news saying that players will only need a Gmail account to add the free Immortals: Fenyx Rising demo to their Stadia library. He also confirmed Immortals will be launching same-day on Stadia. The game’s listing is already live, too.

Immortals: Fenyx Rising will also be available on PS4, PS5, Nintendo Switch, PC (Epic Games), Xbox One, and Xbox Series X. However, Stadia will be the only place to try the free demo.