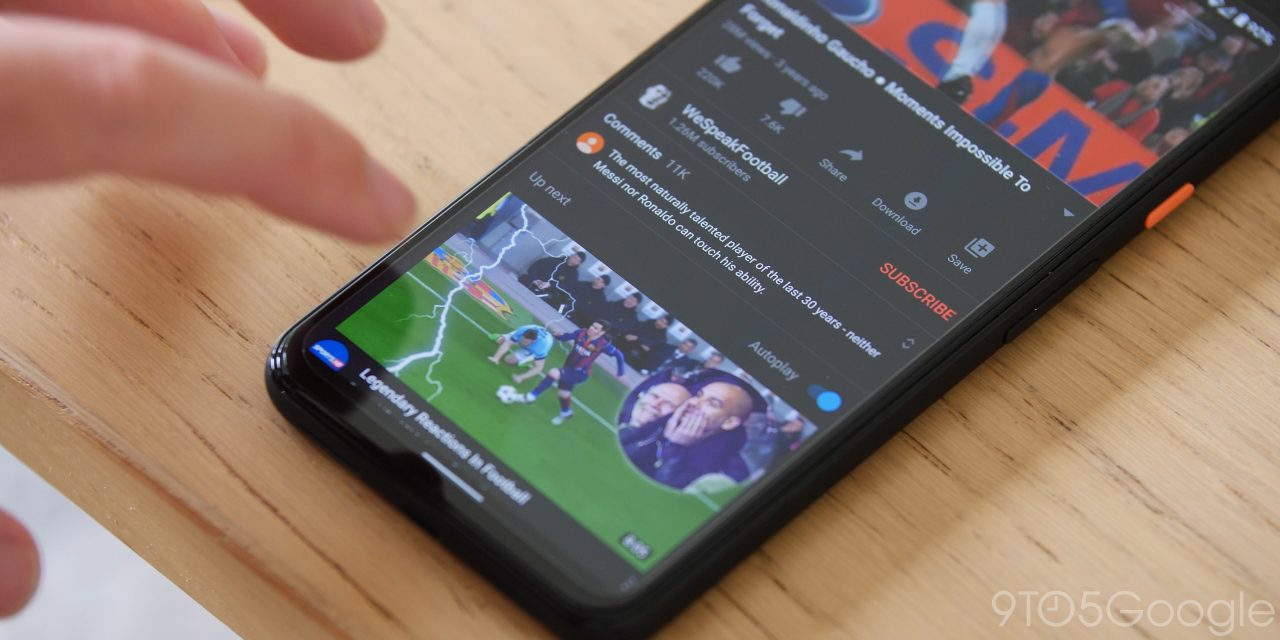 YouTube on mobile is removing the ability to skip forward or backward when viewing a video by tapping the seek bar in the video viewer.

Now, this is a two-fold issue as it resolves one problem of randomly or accidentally skipping forward or backward when trying to fullscreen a YouTube video, but it also means that quick skipping is now not as easy as it once was.

The removal of the ability to tap the YouTube seek bar to skip was spotted by Android Police, who noted a few official support threads where the change was first spotted. A Silver Product expert going by rjlefty96 shared some information that doesn’t seem to be available publicly, which suggests this change is to help eliminate “frustration with accidental taps.”

This is a change being rolled out to Android, making it consistent with both iOS and Android.
Previously on Android, users could tap anywhere on the seek bar to jump to that point in the video, and on iOS, users need to tap and hold at a point on the seek bar to do the same.

You’ll need to drag along the seek bar to get to specific points in a video or tap either side of your YouTube video window to skip forward or backward in 10-second increments. This might seem like an annoyance to some, but it does remove any accidental taps and skips when you’re just trying to interact with other player controls.

We’re seeing the change on several devices running the latest version of YouTube on both Android and iOS, but as AP notes, the seek bar changes are likely rolling out via a server-side update. That means you may still be able to tap and skip — at least for a little while longer.