Hands-on: T-Mobile’s Android TV dongle is great for TVision, but there’s no other reason to buy 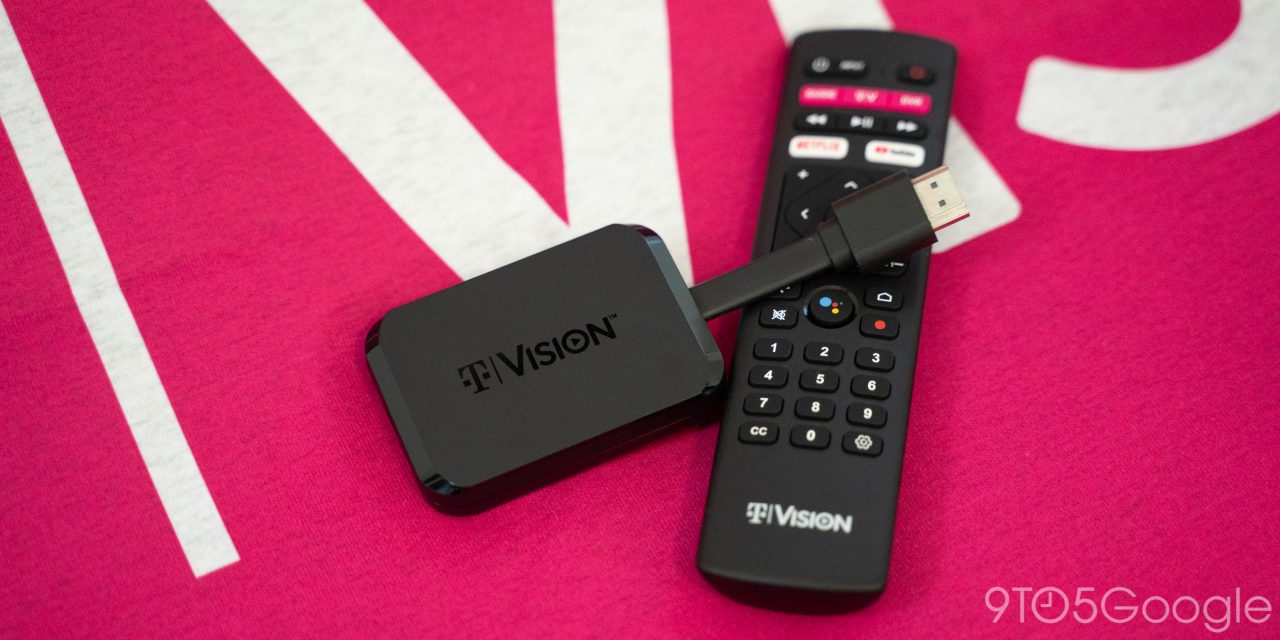 Last week, T-Mobile announced a new effort to bring live TV to its customers. The carrier’s mobile customers now have access to an affordable live TV streaming platform that’s available starting today, as well as an Android TV dongle that’s designed especially for it. I’ve spent a few days trying out T-Mobile TVision, and while the service is solid, the Android TV-powered Hub isn’t very enticing.

TVision brings the basics, not much more

To touch on the service, it’s a pretty basic Live TV option. TVision starts at just $10 per month with access to around 30 channels, but the “core” package costs $40 per month with the most important TV channels, such as NBC, ABC, Fox, CNBC, ABC News, Fox News, and many others. There are also $50 and $60 tiers that add various sports channels. As far as pricing goes, it’s a home run for T-Mobile customers, as they’re the only ones who can sign up right now.

In my time using the service itself, it works rather well! The UI both on the TV app and the iPad app I tested is basic, but it gets the job done. The guide is laid out decently, and I enjoyed the fact that TVision has actual channel numbers — something YouTube TV lacks. The streaming quality was solid with only a skip or two in my time testing — par for the course when streaming live TV. The DVR function works just fine, but I don’t like that it’s limited to just 100 hours of content. That’s probably no big deal, though, as the DVR interface is also extremely basic.

TVision as a service is in its early days, and I fully expect it to mature and change over time. I don’t think it will ever reach the same level of functionality and usability as YouTube TV, but few services ever do! In time, though, TVision may end up a solid alternative to Sling, fubo, and others.

TVision Hub: Deep Android TV changes, not for the better

The good news? TVision as a service is pretty good. The bad news? T-Mobile’s Android TV dongle is another story. The $50, completely optional piece of hardware is designed to give you the tightest integration with TVision, but it feels like a half-effort. On the remote for this dongle, you get a shortcut to the TVision app as well as its guide and DVR sections. There’s also a channel rocker and a record button. As mentioned, TVision also supports channel numbers, and the number pad works flawlessly with those at all times.

The TVision Hub uses Android TV’s operator tier to make this all possible. That means the company can make deeper changes to the operating system, most notably on the home screen. You’ll find shortcuts to the guide and DVR on the homescreen right up alongside the Google Assistant button and a TVision logo.

Unfortunately, that’s where the good stops. T-Mobile’s heavy changes to the homescreen are completely for the worse. The app icons are spaced differently and have rough edges, leaving the UI as a whole feeling unpolished. For example, the apps on the homescreen have an unfinished black border on the sides. Also, Android TV’s ability to rearrange rows is entirely disabled, leaving multiple YouTube rows on the home screen at all times and everything else buried below. This doesn’t really ruin apps, but the core OS is modified far beyond what it should have been.

It’s these changes to Android TV that make this dongle not worth it for most people. If it was a free add-on for subscribers, sure, it’d be a great device! But when you can buy other devices for the same price that run the TVision app just as well, I just can’t recommend it.

I think the story with TVision is quite clear. If you’re a T-Mobile wireless customer who wants access to streaming television, this is a great way to do so for potentially much cheaper than competitors, and you can sign up right now. The TVision Hub, though, feels unnecessary. It works great for the service, but for everything else, the new Chromecast or any other Android TV box will suits your needs far better.