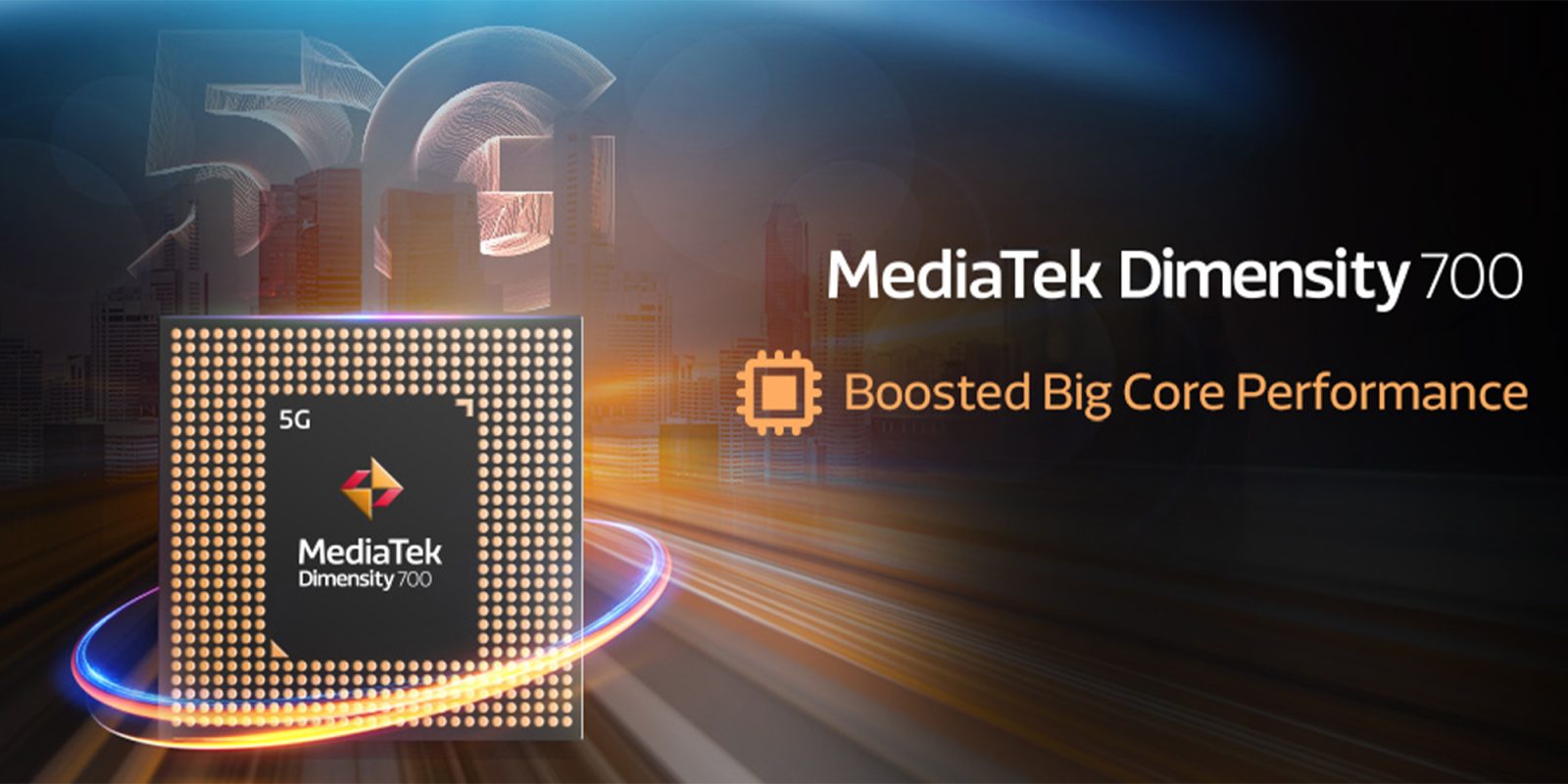 MediaTek is taking on Qualcomm with yet another 5G-enabled chipset, this time in the form of the Dimensity 700 chip.

Announced during their annual summit, the MediaTek Dimensity 700 will undoubtedly be utilized in low-to-mid-range smartphones over the coming 18 months to allow for connection to superfast data networks without the associated price premium.

The Dimensity 700 processor is built upon a 7nm manufacturing process and according to Mediatek, is set to officially come to market in Q1 2021. Expect to see it at the heart of devices ranging from the $200 to $300 price range, as this is towards the modest end of the performance charts.

It is an octa-core processor with two Cortex-A76 CPU cores clocked at 2.2Ghz and six Cortex-A55 cores clocked at 2GHz. Much like the Helio G80, the Mediatek Dimensity 700 relies on a Mali-G57 MCU GPU for graphics.

There’s support for FHD+ 90Hz displays at a maximum resolution of 2,520 by 1,080-pixels, up to 12GB of LPDDR4X RAM at up to 2,133MHZ speeds, and UFS 2.2 storage. The Dimensity 700 also includes support for 48-megapixel or 64-megapixel single sensor camera setups, which should be ideal for the growing capabilities of affordable smartphone cameras. It also includes support for a multitude of AI-powered features such as faux bokeh effects, noise reduction, and more.

Mediatek also touts the obligatory Google Assistant support along with support for further voice assistants such as Alexa and Bixby. The chipset will also include Wi-Fi 5 and Bluetooth 5.1 connectivity. As we have mentioned, expect to see the first wave of Mediatek Dimensity 700 powered devices from Q1 2021.