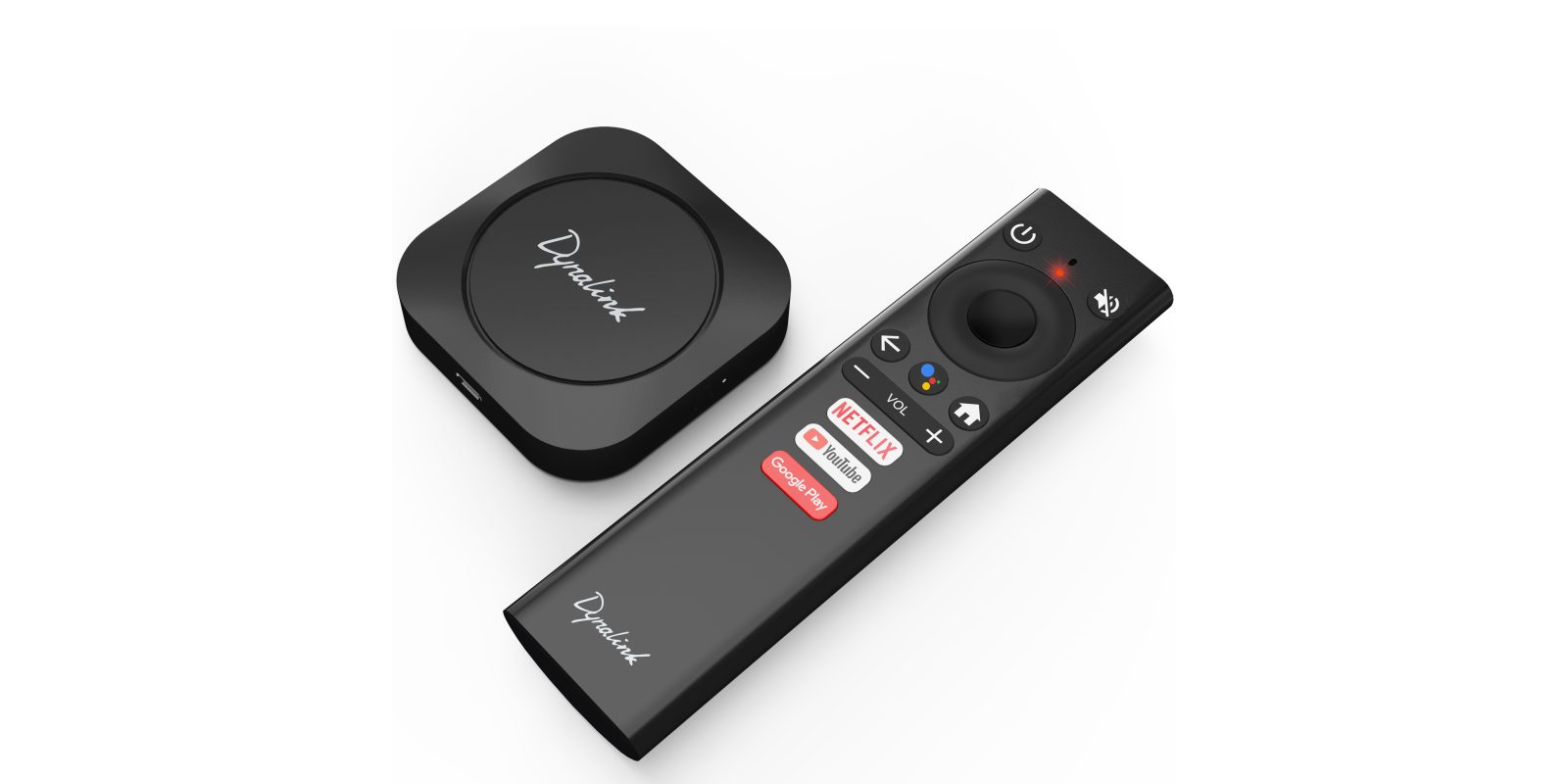 When it comes to Android TV devices, Google’s new Chromecast is the star of the show with a $50 price tag and the new Google TV UI. Recently, though, another Google-approved Android TV device has gone on sale in the US from Dynalink.

Update 11/16: Possibly as a reaction to the Chromecast with Google TV, this already cheap Android TV box has dropped to $29.99. From what we can tell, this appears to be a permanent price cut and it makes this little guy a heck of a deal

This is a pretty simple and standard offering at $50 $30. It has a simple HDMI port, pulls power over microUSB, and has a basic included remote, too. Why is it at all noteworthy? Mostly because this is essentially the exact same hardware as Google’s ADT-3 developer device.

It’s the same small size with a proper HDMI port that offers a bit more flexibility than a traditional streaming stick or dongle. Plus, this device is running Android 10 out of the box, and since it’s running on the same hardware, future updates should theoretically be a breeze!

Other benefits of this product include Prime Video and Netflix support — both of which ADT-3 lack — as well as the ability to draw power from the USB port on your television. That’s something Google’s new Chromecast can’t do, so if you want the same basic OS without requiring a proper outlet, this might be a good route to go.

Normally, I’d be hesitant to highlight a product from a brand I’ve never heard of, but given that this is basically a rebranded ADT-3 that has Google’s approval as a consumer product, it’s probably not a bad Chromecast alternative. The Dynalink Android TV “box” is available from Walmart for $49.95 $29.99.