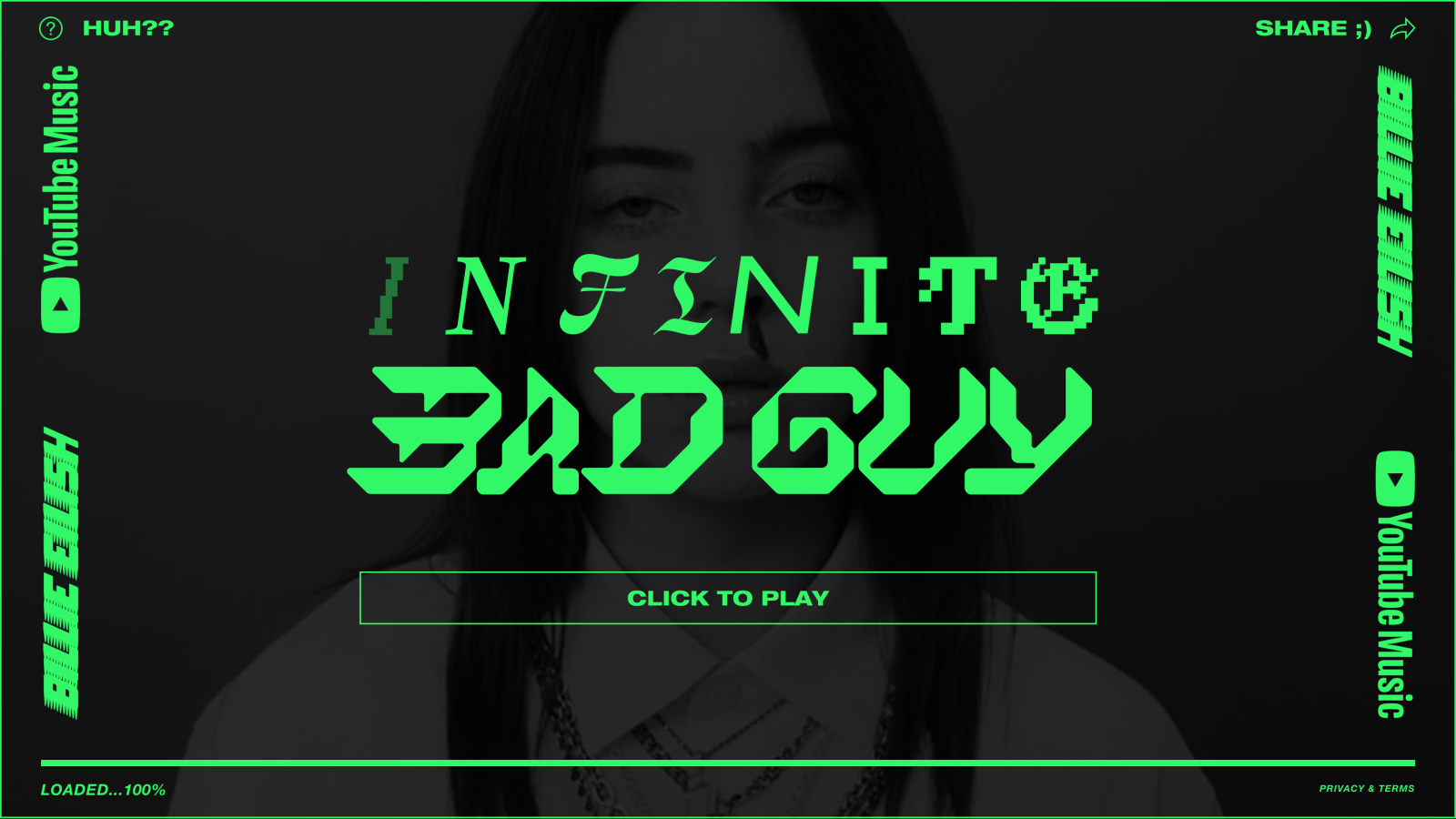 Over the past nearly two years since Billie Eilish released her breakout hit “Bad Guy,” tens of thousands of creators from all across the world and from all realms of creativity — and they mean all — have crafted their own covers of the iconic song and uploaded them to YouTube. As an ambitious experiment, announced today on the YouTube Blog, Google Creative Lab has collected all of the videos, and using machine learning techniques, has strung them together into a project they’ve dubbed “Infinite Bad Guy” — or stylized as “1nf1n73 84d 9uy” or “1||Ph1||173 b4D 9U’/.”

You can head over to the app’s website, which will start off by playing Billie Eilish’s original music video for “Bad Guy.” You’re then given the ability to pick one of two other videos to start playing, which will continue playing from where the previous video left off. “Infinite Bad Guy” uses machine learning to know where you are in the song and plays the videos in sync to make each transition as close to seamless as possible.

To create this experience, Google Creative Lab had to perfectly align the audio from thousands of videos with different tempos, instruments, keys, and styles. Conventional algorithms couldn’t do the trick alone, so we turned to machine learning. For videos that deviated from the original track — like acoustic or a cappella versions — we built a neural network that could predict matches between covers and the original. With this data, we were able to line up all kinds of different covers, and switch seamlessly between them.

To customize your experience, you can choose to only play from categories like drum covers, sign language, vocal covers, rubber chickens, dog-focused videos, and much, much more. To get the full infinite experience with as little work as possible, you can use the auto-play option that automatically shuffles and plays through all known covers of “Bad Guy.”

YouTube is able to offer the “infinite” promise of “Infinite Bad Guy” based on the fact that it would take, by their math, 1.46 * 10¹⁰⁰ years to watch to every possible combination of “Bad Guy” covers in the seamless music video.