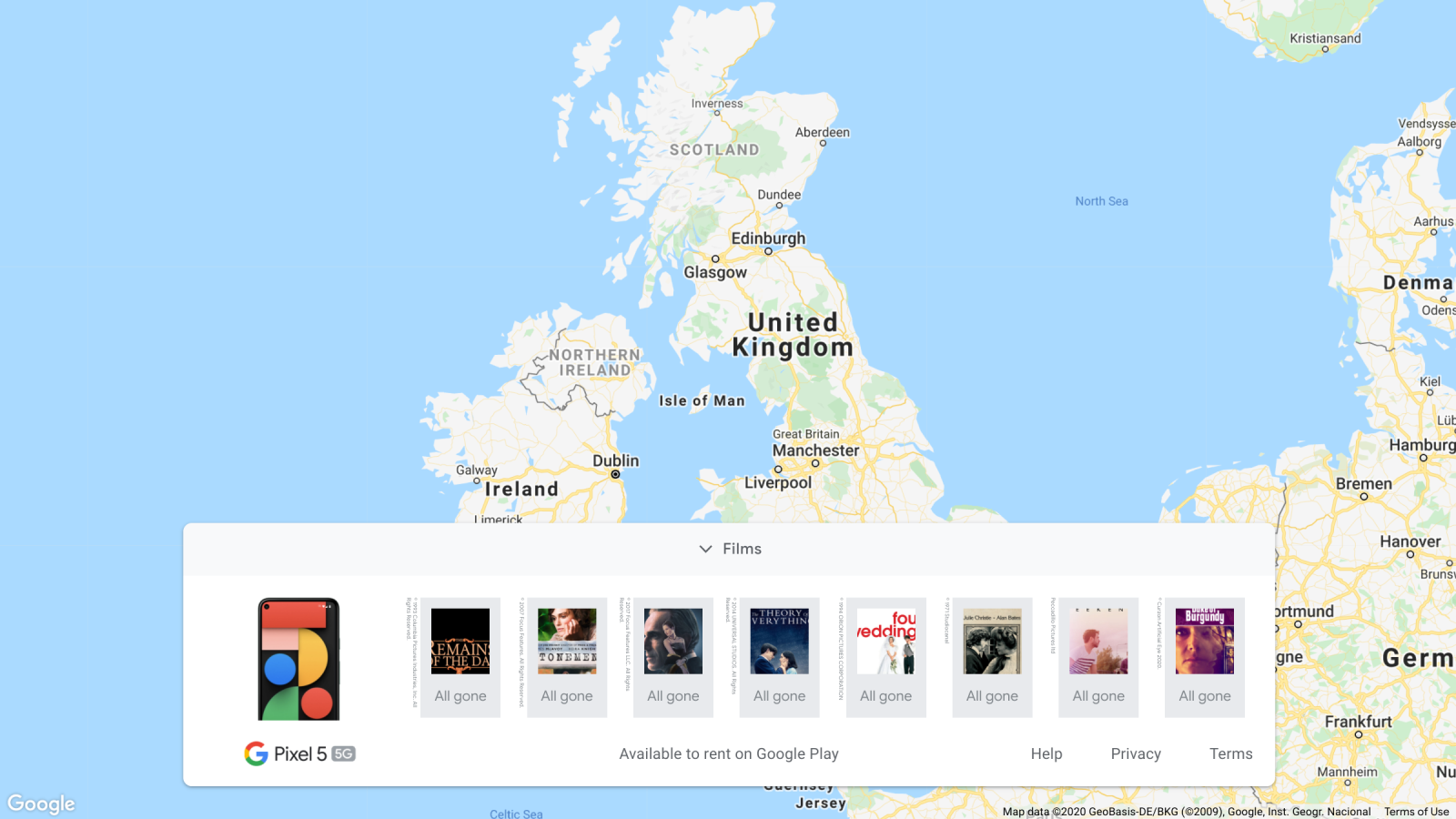 Like every other phone this year, a key part of the Pixel 4a 5G and Pixel 5 are 5G speeds. In the UK, Google is running a Map-based “Mobile Cinema” game where you can find free movies as part of a Pixel 5 advertisement.

While we’re all a bit less mobile than usual this year, Google Pixel presents some of the most rewatchable British films, available to download in seconds from anywhere².

We’re hiding films all across the UK. Search the interactive map for significant film locations, and tap the custom pin to redeem³ and stream in seconds on your Pixel 5 or mobile device.¹

Google has selected “Britain’s most rewatchable films” and assigned each with a custom pin. For example, a green dress for Atonement and the Phantom Thread’s tailor scissors, while Four Weddings and a Funeral is marked by a sheep.

Scattered on a map, clues for each are provided. After finding, you’re given a promo code for the Play Store. These offers can only be redeemed in the UK, but it’s still a fun geography and movie trivia game for everyone else.

New films — eight were included in the first batch — will be made available every three days and are grouped in the following categories:

Google warns users to “search fast before the limited number of codes run out,” with the first round fully redeemed. While the Pixel 5’s 5G feature — for faster downloads — is the main driver of this promotion, the Mobile Cinema looks to be accessible on any device, including non-Google phones. Under ideal, “off-peak” conditions, the company touts an “average download time” under 20 seconds for file sizes ranging from 449-749MB.