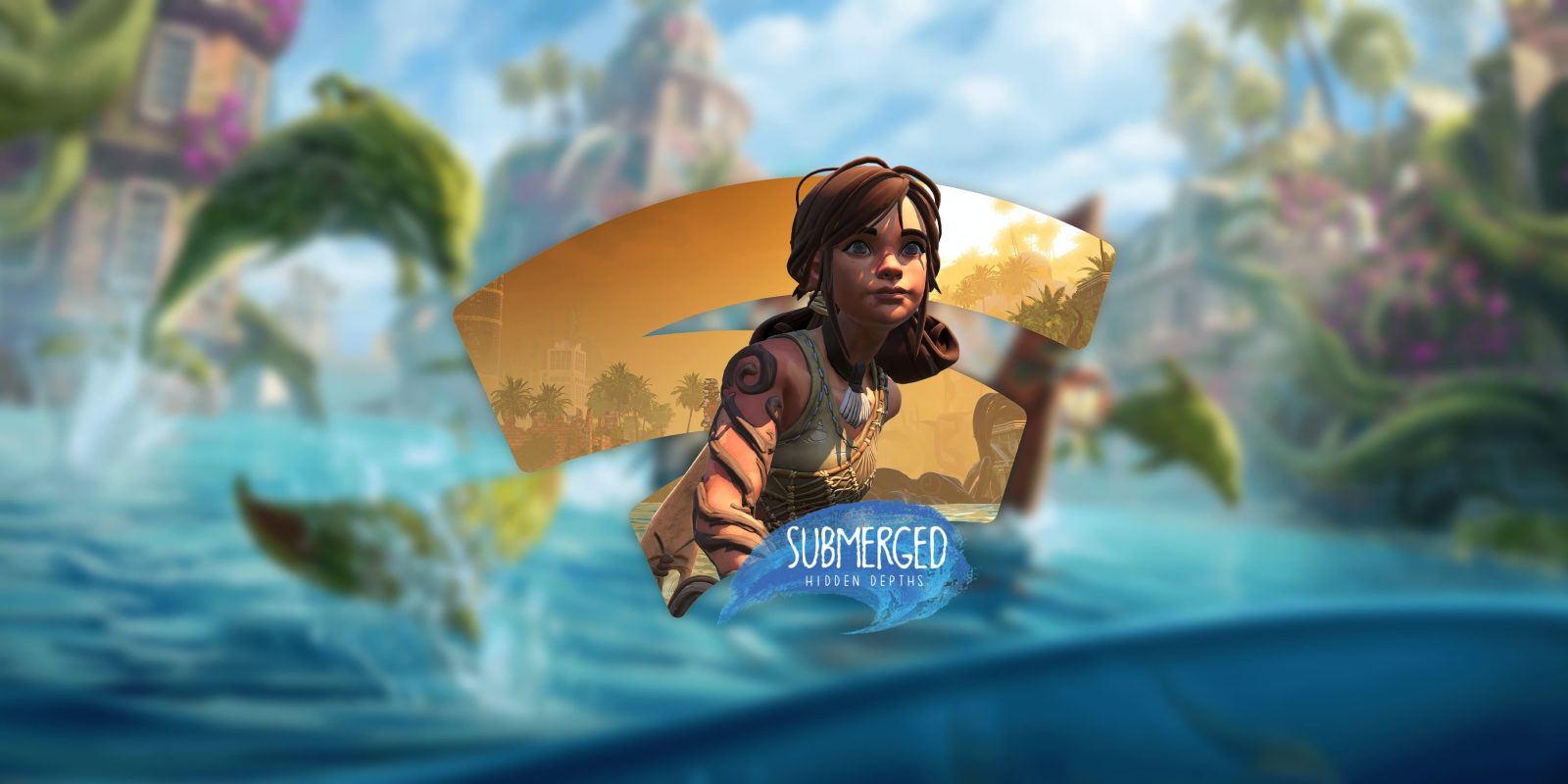 Earlier this year, Google Stadia Games and Entertainment announced partnerships with a handful of studios, including Uppercut Games, the developers of Submerged. The result is Submerged: Hidden Depths, a sequel to the 2015 original and a Stadia exclusive.

The first thing you need to know about Submerged: Hidden Depths is that it’s a combat-free game, just like the original. Because of that, the pace is much more relaxed — pensive, even — allowing you time to take in all of the scenery.

And what scenery it is. The combination of modern buildings and neoclassical monuments all being reclaimed by nature makes a feast for the eyes and imagination. On the whole, though, the graphics don’t feel like a true showcase of Stadia’s power.

The basic gist of the story is that you play as Miku, a girl with a special power that has alienated her and her brother from others. The sunken remains of a long-gone society are being corrupted by a “Black Plant,” which Miku tries to appease with her power.

Miku’s job is to locate “seeds” and return them to their rightful place to heal the darkness. Each seed is found within a bizarre shrine to technology, with the seed serving as a power source for things like a collection of neon signs or an assortment of vacuum cleaners.

Between returning each seed, you’re treated to a wordless cut scene between the siblings. This style of storytelling can be interesting, but you need to read heavily between the lines to form something cohesive from it.

Under the surface, there’s a deeper story told through pictographic “diary” entries hidden throughout the world. As these diaries are optional, it’s entirely easy to miss this storyline.

With no combat and no real sense of urgency, your time in Submerged: Hidden Depths is spent boating from one destination to another and climbing buildings when you arrive. Your time spent in the sea is meant to feel exploratory, as though you’re in uncharted waters. However, keeping the stakes and difficulty of the game essentially non-existent, there are literal signposts floating in the water, pointing you in the right direction.

Once you arrive at one of the major destinations, you’re faced with some very basic 3D platforming, but as you’re not able to jump at will, the whole experience is essentially on rails. Just follow the red marks — on a positive accessibility note, you’re able to change this color at any time — and you’ll probably end up where you need to.

Nothing in Submerged: Hidden Depths ever really rose to the level of “puzzle” for me, which was disappointing. The only challenge was spotting when and where to derail to pick up one of the game’s many optional collectibles. The most interesting moments were the few times that I needed to get back into the boat to alter the level in some way or move to a different area. These were few and far between, however.

You can easily complete the main story in an afternoon if you don’t get sidetracked too often. My full run-through was just over four hours, with many collectibles left unfound.

On the whole, Submerged: Hidden Depths feels like a complete miss for Stadia Games and Entertainment. Stadia only has a small handful of exclusive games, and this forgettable game does the platform’s library no favors. There are no Stadia exclusive features, and nothing seems to push Stadia to its limits, begging the question of why it’s a Stadia Games and Entertainment title at all.