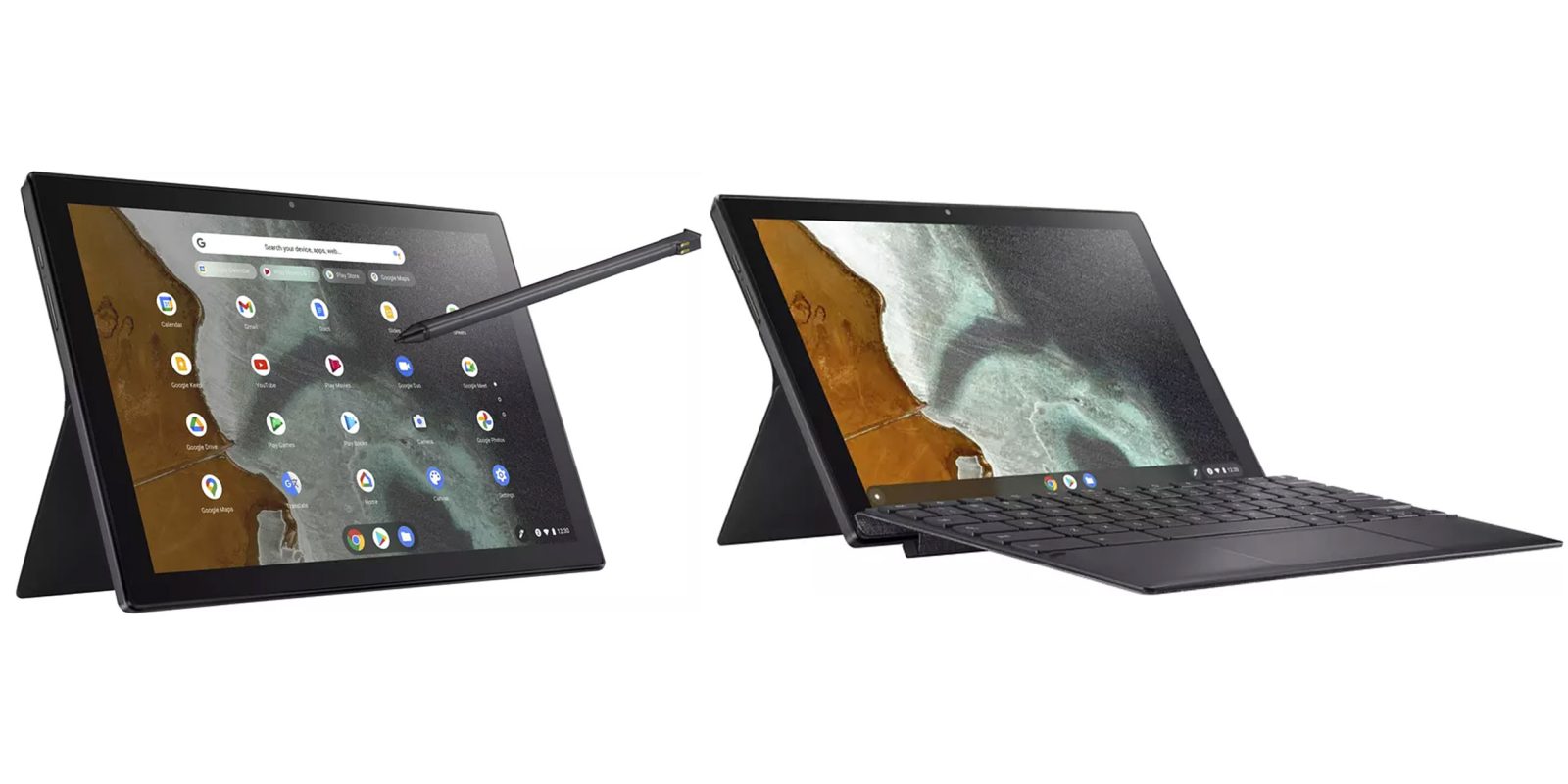 The ASUS Chromebook Flip CM3000 has leaked ahead of release with the Chrome OS-powered device taking the dual-purpose use-case concepts from the impressive Lenovo IdeaPad Duet.

German retailer Saturn is already listing the device, which can be used as a tablet or a standard laptop and has stylus support — although it’s not actually clear if this device will come with the accessory as standard. The listing was first spotted by Chrome Unboxed, with the proposed launch date on the listing suggesting that the ASUS Chromebook Flip CM3000 will ship from July 2021.

The guys over at Chrome Unboxed seem to think the stylus will have a slot within the display portion of the ASUS Chromebook Flip CM3000. It’s not 100% clear, but the retail listing does show a “clip” and magnetic charging strips at the top of the stylus, which does hint that this could indeed be the case. However, it’s too early to tell at this stage as one of the press images does not show a hole or slot for said stylus.

As for the details of the Chrome OS-powered hybrid, it will come with a 10.5-inch 1920×1080-pixel display in a 16:10 aspect ratio. The downside here is the relatively low 320 nit maximum brightness on offer, but that may or may not be an issue depending on your own potential use-case.

ASUS looks set to rely on the MediaTek MT8183 CPU for the Chromebook Flip CM3000, which matches closely to the Duet’s Helio P60T in benchmark results. It also comes with just 4GB of RAM and will include 64GB of onboard storage. The battery looks to be rated for 27Wh that is charged via USB-C, while the CM3000 will pack in a 2-megapixel selfie camera and 8-megapixel rear camera.

There is a 3.5mm headphone port here for wired audio, which will be a welcome option for many that want productivity and entertainment in one package. There looks to be a keyboard and a fabric-style stand accessory that lets you choose whether a tablet or standard laptop experience is more your cup of tea.

Saturn has the CM3000 listed at €449 (~$540), which is not cheap by any stretch of the imagination when you consider that the Lenovo IdeaPad Duet costs almost half that for the top-tier model. We’ll just have to wait for official confirmation from ASUS on the Chromebook Flip CM3000 in the coming weeks/months.