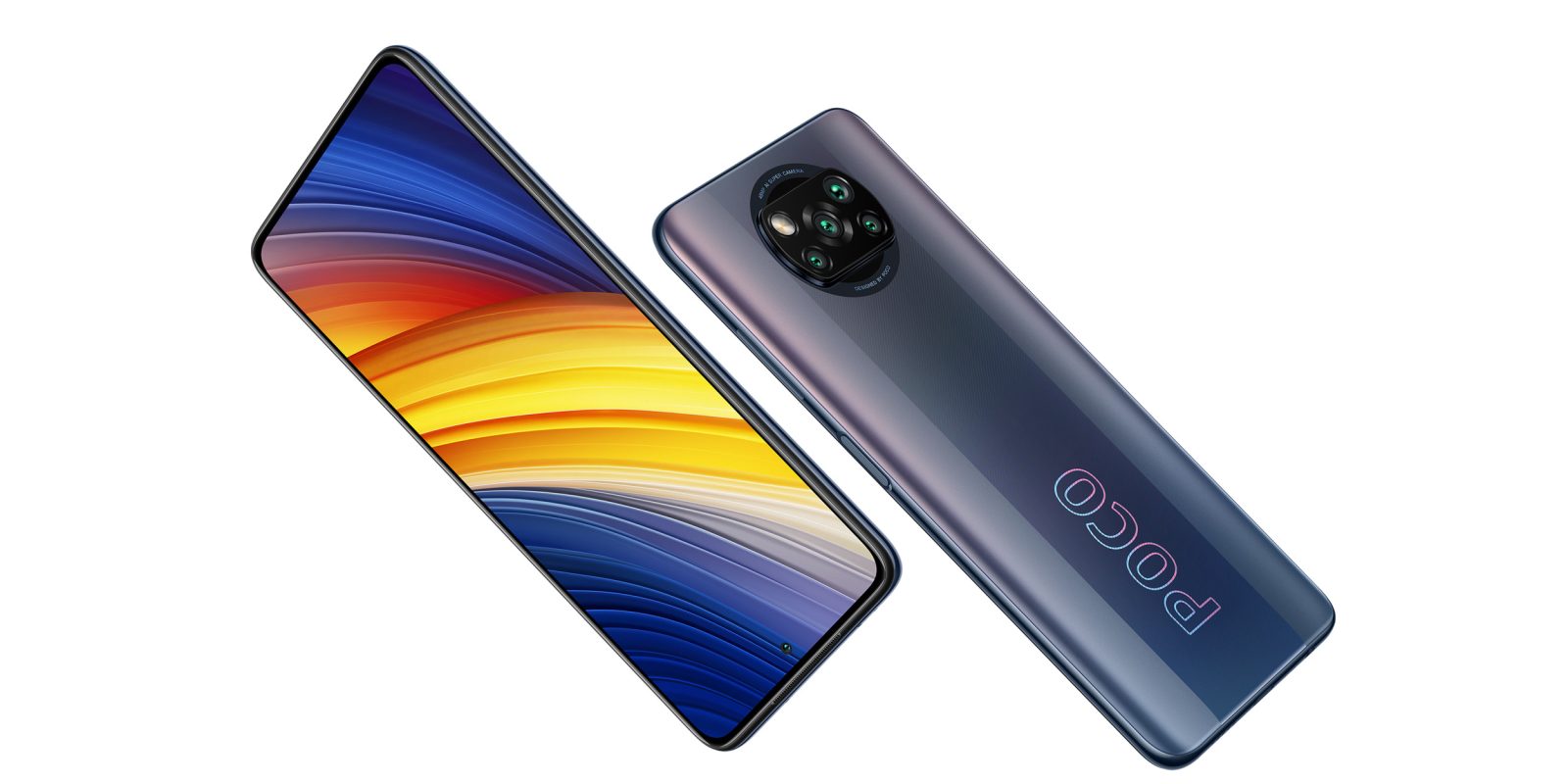 The Poco X3 Pro has now officially been unveiled at a live-streamed launch event for the budget-focused smartphone series.

While we hope that a Poco F3 Pro does eventually come to market, the X3 Pro is essentially a suped-up version of the fantastic X3 NFC, which released in late 2020. That does mean that this device shares much of the same DNA but with a few tweaks to add a little extra power.

Measuring at 6.67 inches, it’s a tall device and packs a 120Hz FHD+ LCD display that is coated in Gorilla Glass 6. Xiaomi will even offer one completely free screen replacement for buyers within the first 6 months of buying should you happen to damage the panel.

The chipset gets a bump over the X3 NFC, with the Poco X3 Pro being one of the first to market with the Qualcomm Snapdragon 860 chip. This 4G-only processor should provide more than enough under-the-hood grunt for those not interested in 5G-connection speeds. Built upon the 7nm fabrication process, it is clocked up to 2.96GHz and includes an Adreno 640 GPU for solid graphical competency.

The storage also gets a substantial improvement to UFS 3.1. The Poco X3 Pro comes in 6/128GB and 8/256GB configurations, and a major bonus for data hoarders is the ability to expand storage via a micro SD card. The battery weighs in at a sizable 5,160mAh. You can charge at 33W speeds with the included USB-C charger. Unfortunately, Qi wireless charging is not available on the Poco F3 Pro.

At the rear, the quad camera setup looks identical to the X3 NFC, but with a few tweaks. There’s a 48-megapixel main sensor, 8-megapixel ultra-wide-angle lens, 2-megapixel macro, and 2-megapixel depth sensor. The centrally placed punch-hole in the display comes with a 20-megapixel rated selfie camera. Overall, it’s a fairly standard Xiaomi camera setup for an affordably focused flagship smartphone.

There are some other notable hardware inclusions on the Poco X3 Pro though. There is a 3.5mm headphone port included — in a vastly superior bottom bezel position — dual stereo speakers that consist of a downward tweeter and earpiece, NFC for wireless payments, plus an IR blaster on the top bezel. Biometric security is provided by a side-mounted capacitive fingerprint scanner, but you can also register your face for rudimentary AI Face Unlock.

You’ll be able to pick up the Xiaomi Poco X3 Pro in Phantom Black, Frost Blue, and Metal Bronze priced at €249 for the 6/128GB model but this base model is available at an insane €199 early bird pricing, putting it under the X3 NFC for a limited time. You’ll pay €299 for the 8/256GB option with a similarly low €249 early bird pricing model. Early bird pricing is limited from March 24 to April 1 at selected retailers in various regions. We’ll have a review of the Poco X3 Pro in the coming weeks so stay tuned.