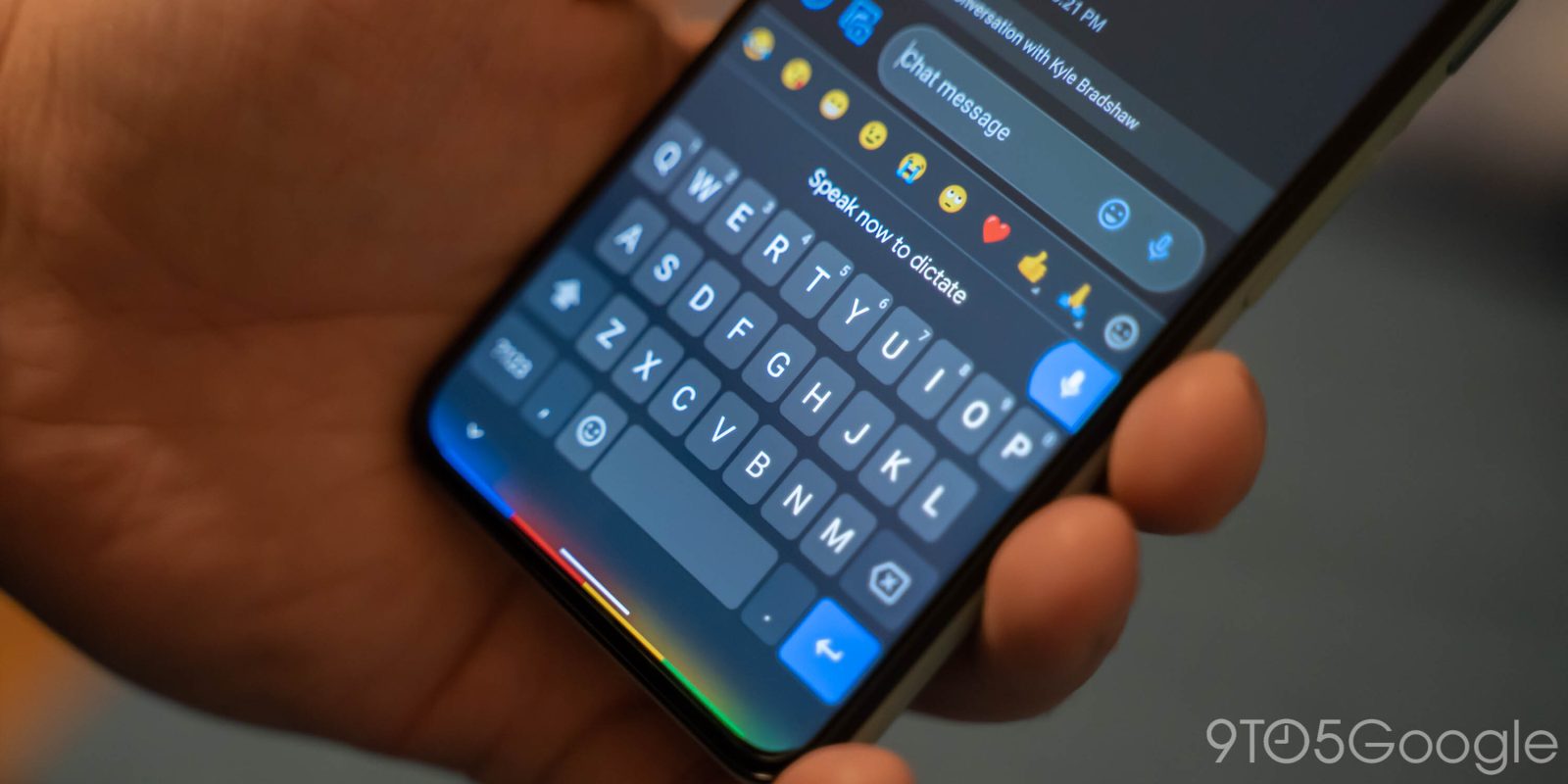 After we first spotted in August, Gboard is now rolling out an “enhanced voice typing” experience that features the new Google Assistant found on the latest Pixel phones.

Update 3/19: This saga continues with Gboard “Enhanced voice typing” now widely available on the Android 12 Developer Preview. After disappearing last month from the stable version of Android for the vast majority of devices, DP2 users are getting prompted about the NGA-powered voice transcription capability. The messaging is unchanged from before.

It’s not clear when Google will finally launch it. It could be tied to the next major Android release, but it has proven quite stable on 11. An upcoming Pixel Feature Drop is another possibility.

Update 2/23: Despite being available for most beta users over the last two months, “Enhanced voice typing” has been removed again. It’s gone from Gboard settings, though Voice Contributions remain, and everyone is back to the old experience.

Update 12/15: “Enhanced voice typing” is back for most Pixel owners after the brief — and quickly pulled — rollout last month. You’ll be greeted with a “New! Save time typing” or “Tap the mic to chat hands free” prompt, while the Assistant/Pixel light bar is used to prominently signal that dictation is active.

The new experience was not widely rolled out this afternoon, but became more broadly available later on in the day.

In settings, there is a new “Voice Contributions” option where “Snippets of your audio input on Gboard will be sent to Google to help improve speech recognition technology for everyone.” Google notes that the 10-second clips will not be associated with your account, but can be transcribed by human reviewers. This is in line with Google’s policies for Assistant.

Update 11/3: For select users, Gboard’s new enhanced voice typing has worked from the moment they received it. That’s not the case for the majority of users, and Google this morning removed settings for the new capability and reverted back to the old dictation experience.

Original 11/2: Pixel 4/XL, Pixel 4a, and Pixel 5 users today are encountering a “New!” banner after opening Gboard and tapping the microphone icon. The feature is billed as helping you “Save time typing” by leveraging the Assistant.

For example, you can say “Clear” to delete what was transcribed instead of having to manually use the backspace key. That appears to be the only command available today, though “Send” should also be another one.

In addition to Gboard’s “Speak now to dictate” prompt, the new Google Assistant light bar slides in from the sides of the screen before pooling together at the bottom to provide visual confirmation. The indicator in the top-right corner works like before.

Under the Voice typing menu in Gboard settings, an “Enhanced” option appears:

There’s also an option to “automatically add punctuation while dictating.” With the previous experience, users had to manually say ‘period,’ ‘comma,’ or or ‘question/exclamation mark.’ It can be enabled/disabled independent of the main capability. In our brief testing, it works quite well.

This new option coincides with last year’s “faster voice typing,” which downloads an offline model to your device and works in real-time.

As of today, this feature is rolling out to Pixel phones that feature the “new Google Assistant” and have the latest Gboard beta (version 10.0+) installed.

While the enhanced voice typing UI appears, it does not work on two of our devices. We’ve only had luck using the new feature on a single Pixel 5, suggesting this isn’t a full launch. Navigate to settings (third screenshot above) and disable that second toggle to return to the previous experience.