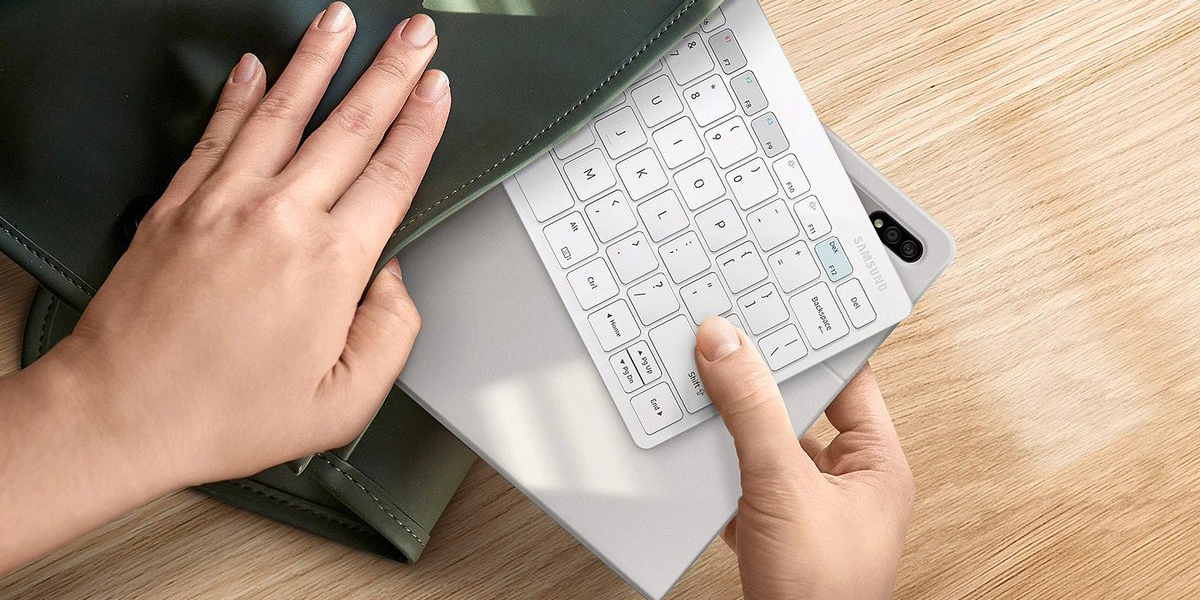 As new iPads loom, it’s a good reminder that the only good Android tablets are the ones with Samsung DeX. Now, Samsung is debuting a new wireless keyboard that includes a button dedicated to DeX.

Spotted on Samsung’s website by Max J, the new Samsung Smart Keyboard Trio 500 is a pretty simple keyboard that has one core trick. Using a second function of the F7, F8, and F9 keys, you can easily switch between three different Bluetooth devices including smartphones, tablets, and laptops. There are also three programmable “Hot Keys” on the F1, F2, and F3 keys.

Equally notable is a dedicated button for accessing Samsung DeX, something that will surely make this keyboard rather attractive for owners of Samsung’s Galaxy Android tablets such as the Galaxy Tab S7. Notably, the keyboard also has smart pairing with Samsung’s Android devices.

How much does this new keyboard cost? Where can you buy it? Unfortunately, you can’t yet. It seems likely that Samsung is planning to launch the keyboard officially at its April 28 launch event that may also debut a more affordable version of the Galaxy Tab S7 tablet, complete with DeX support.