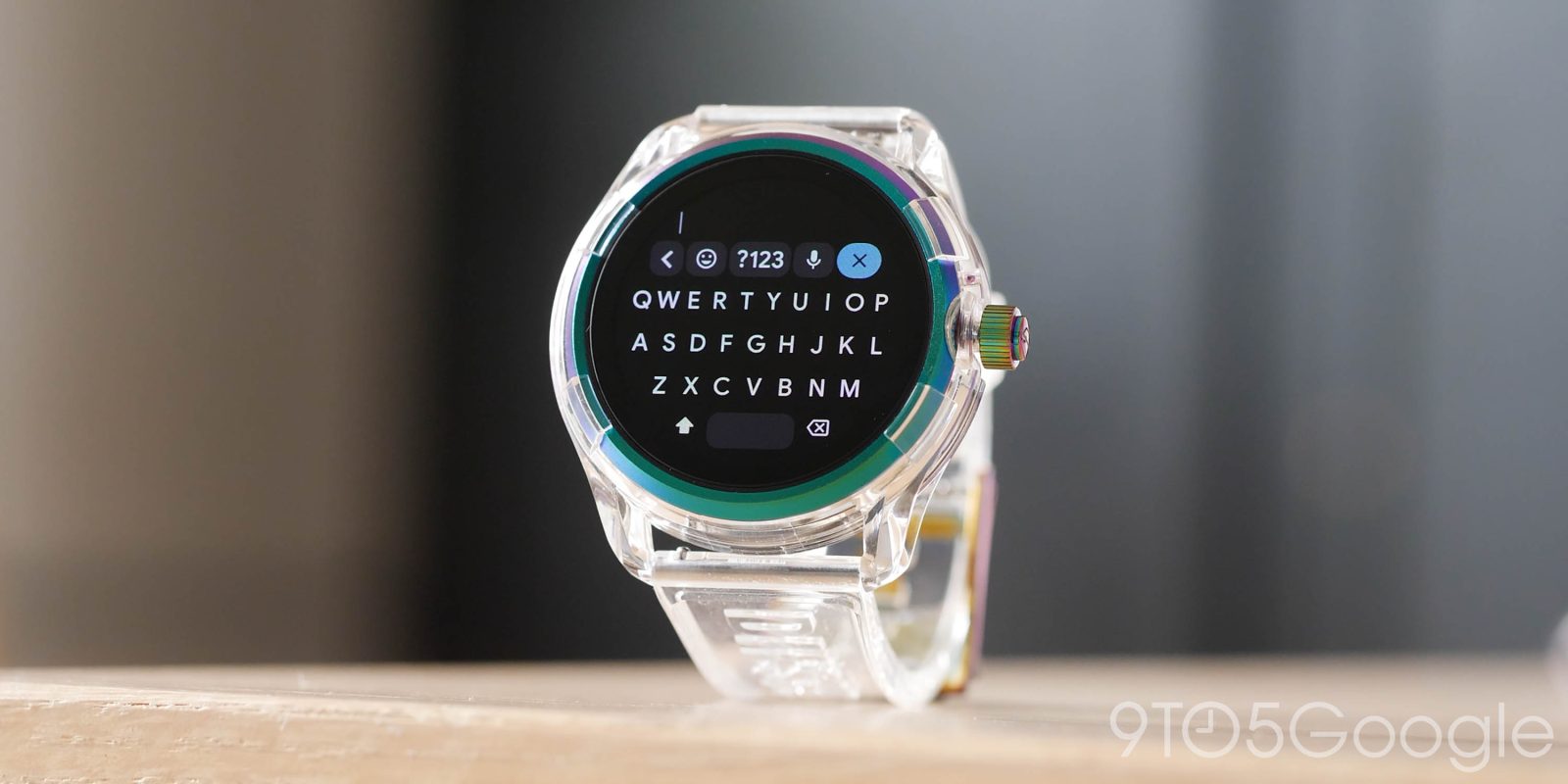 Gboard is now officially on Wear OS, which means that the typing experience on your wrist should have received a fairly substantial upgrade.

Google’s wearable platform very much feels like it is neglected in favor of other areas. While there are some good options out there, when recommending a Wear OS watch, it has always felt fairly tough to be confident that the experience would be consistent enough.

By replacing the built-in keyboard with Gboard, Wear OS is getting one of the very best input options on mobile right there on your wrist. It’s quite the change from the basic option that has been there on Wear OS for a long, long time.

On small watch displays, a good keyboard is a necessity. For years, the stock option on Wear OS really hasn’t been good enough for most people. That said, what little typing I have done hasn’t been terrible, just not great. Gboard on Wear OS is a completely new experience and one that makes typing on your smartwatch much more fluid and, in most cases, pleasant — which is something I couldn’t say previously.

It’s worth noting that Gboard will replace the default keyboard on your smartwatch. If you don’t like it, there is no way to revert that we can see beyond uninstalling app updates. Visually, there are a number of key differences, including the font used and spacing of virtual keys. The spacing between keys should be dynamic depending on the size of your Wear OS watch display but remains fairly consistent across a multitude of wearables.

The update package itself weighs in at around 11MB, which, given the new features, you’d kind of expect it to be larger. I’ve still found the swipe gestures to be especially useful, but with some added spacing, it makes swipe-typing slightly more accurate in my brief testing period. If you do prefer to type, don’t worry, as the experience is really smooth and accurate even on what we’d normally call “outdated” Wear OS hardware.

It’s hard to deny just how much more pleasant it is to use Gboard over the built-in Wear OS keyboard. Typing on a smartwatch has almost always felt like a chore, and this upgrade really does improve things substantially. I can’t for certain say if the word suggestions are “better,” but they remain solid just as they would when using Gboard on your smartphone (or tablet). I’m less likely to use the suggestions, though, simply as the new keyboard is more accurate at picking up my taps and gestures.

Gboard on Wear OS also includes a quick emoji panel, which I think might be one of the most popular new additions, especially if you use any messaging application on your wrist and want to just send a quick reaction rather than a “traditional” response. There is also a dedicated number pad that saves time having to long-press keys or accidental text character keypresses.

Voice input is fully integrated into Gboard here too, which means you don’t have to choose between voice or keyboard when using a text input field. I think this helps streamline things more so than the actual typing for many people, as you can just switch between voice and keyboard on the fly from one screen rather than the process requiring multiple — and unnecessary — steps.

You might even want multiple languages when using Gboard on Wear OS. Long pressing the spacebar allows you to add more regional dialects and keyboards. It will honor your system language setting, though, so you’ll need to add additional languages should you need access.

That’s not all, as if you do use a PIN for watch security, the move from the generic “Google Keyboard” to Gboard now means that there is a brand new PIN entry screen. Each key is outlined, with larger legends, hopefully making it easier to stab at each number you want to enter.

Overall, the changes are very welcome but addressing the keyboard won’t resolve some lingering performance-related issues that some Wear OS watches suffer with. Google is gearing up to announce some more new changes to Wear OS at I/O 2021, which bodes well for the system long term. With Samsung also expected to adopt the platform with the Galaxy Watch 4, Gboard on Wear OS feels like a much-needed step in the right direction for future Android-powered wearables.