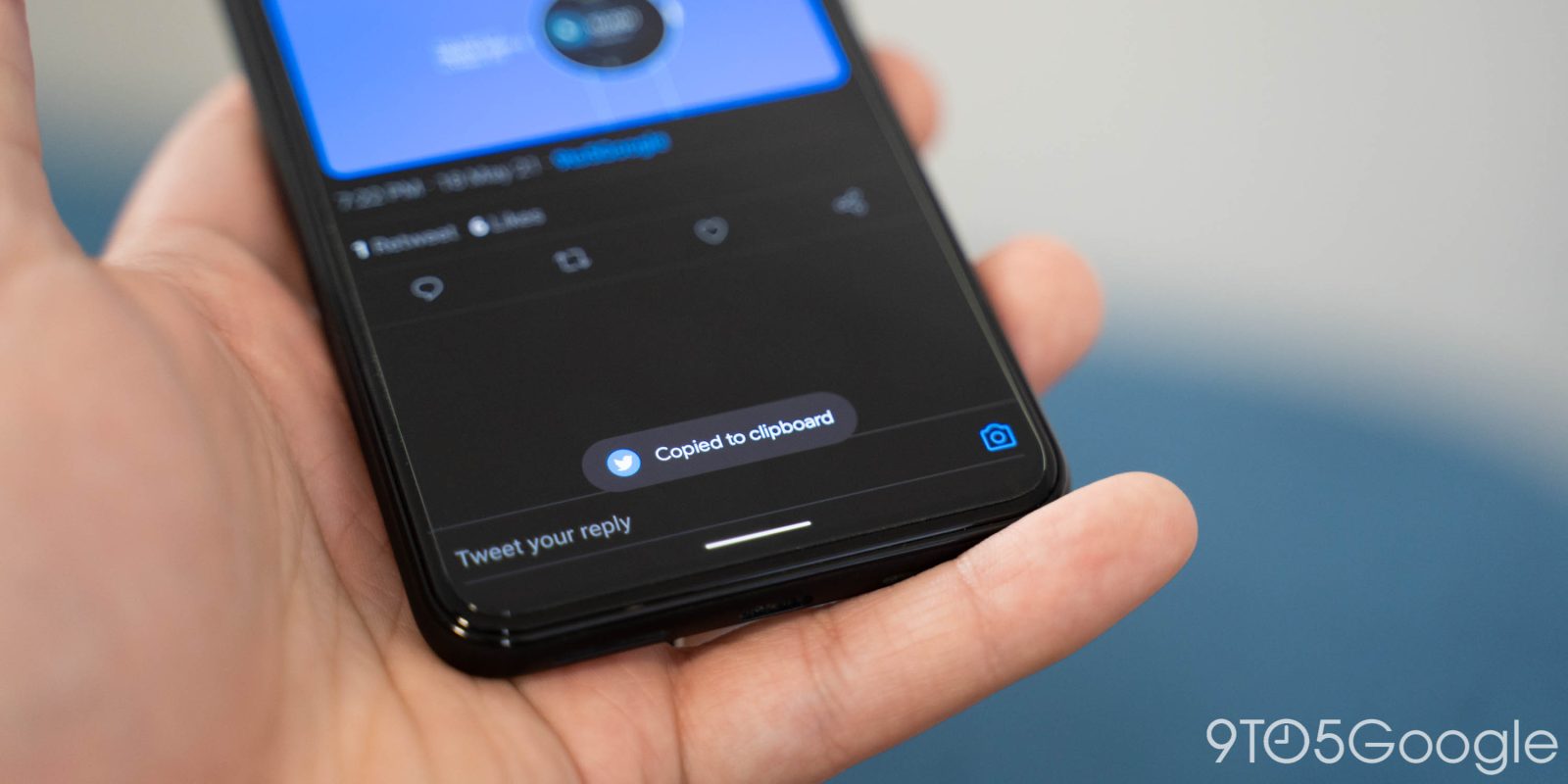 Android 12 has an increased focus on privacy, and, in a move that follows something iOS recently did, the platform will now show notifications when your clipboard is accessed as well as improving toast messages.

In the first Android 12 Beta this functionality is present but very inconsistent in our testing. We’ve observed it in action at least once, but can’t replicate it.

Google explained this change in the “What’s new in Android” session.

Notably, though, Android 12 Beta 1 does deliver a new design for toast messages, the little pop-ups that these clipboard notifications will take the form of. Now, instead of showing the same design for every app, toast messages will show an icon to show which app on your phone stemmed the notification. This is a great change as it not only clears up confusion when these messages arrive but also prevents apps from using these messages to deceive users. It’s a win all around! At this point in time, though, this doesn’t seem universally applied as we’ve seen some apps that don’t trigger it.