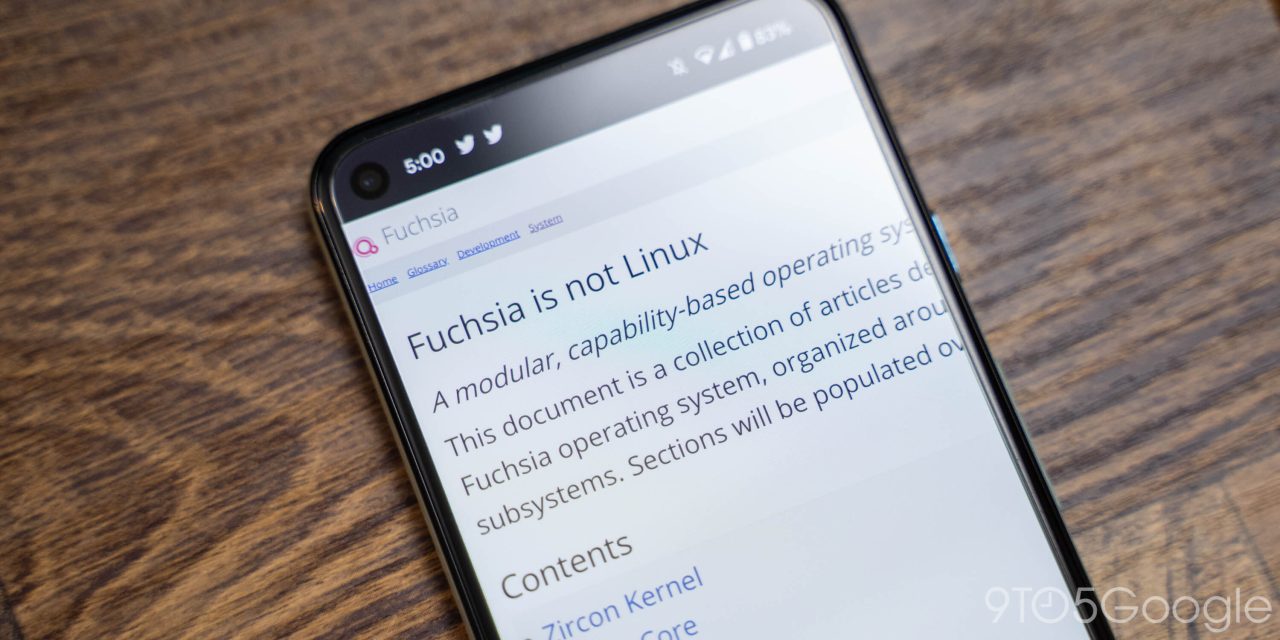 Google officially released their Fuchsia OS earlier this week, starting by rolling it out to some owners of the original Nest Hub. Now, a group of indie developers have created a simpler way of trying out Fuchsia on your own computer.

From the very beginning, Fuchsia OS has been developed in the open, meaning it’s possible to download the code yourself, build it on your computer, then run it on a compatible device such as the Google Pixelbook or in an emulator. While this is an achievable task — and one we’ve undertaken on more than one occasion — it creates a massive barrier to entry for those who want to get a taste of what Fuchsia OS is all about.

To help with that, the developers of Dahlia OS — an independent effort to use the best parts of Fuchsia and Linux as the basis for a desktop experience — have crafted a new project called the “Portable Fuchsia Emulator” or “FImage,” which simply packages the bare minimum you need to get Fuchsia OS running in an emulator, including a prebuilt version of Fuchsia itself.

Before you get too excited, just know that there are still some limitations to be aware of. The biggest issue for most is that you need to be using Linux (preferably Ubuntu) on your computer to use the emulator. Beyond that, to get good performance in the emulated version of Fuchsia, you’ll want to be using a decent computer — 8GB+ of RAM, Intel Core processor, a dedicated graphics card, etc.

If your computer is up to spec, it’s essentially just a matter of downloading the latest FImage release, unzipping it, and running a few terminal commands. With that, you’ll be up and running in Fuchsia in a matter of minutes, rather than the hours typically needed to download and build Fuchsia from source.

Bear in mind that what you’ll have is just what’s publicly available in the open source code of Fuchsia OS. Just as the Android Open Source Project doesn’t contain many of the enhancements seen on Google’s Pixel phones, this Fuchsia experience is decidedly barebones, meant more for Googlers to test apps than for anyone to use in a real way.

With any luck, this third-party effort should only be a temporary measure, as Google would one day presumably provide an easy-to-use emulator suite, akin to the phone/watch emulator in Android Studio. In the meantime, the Dahlia OS developers tell us that they intend to periodically update the FImage project to newer builds of Fuchsia, to let enthusiasts follow along with changes.