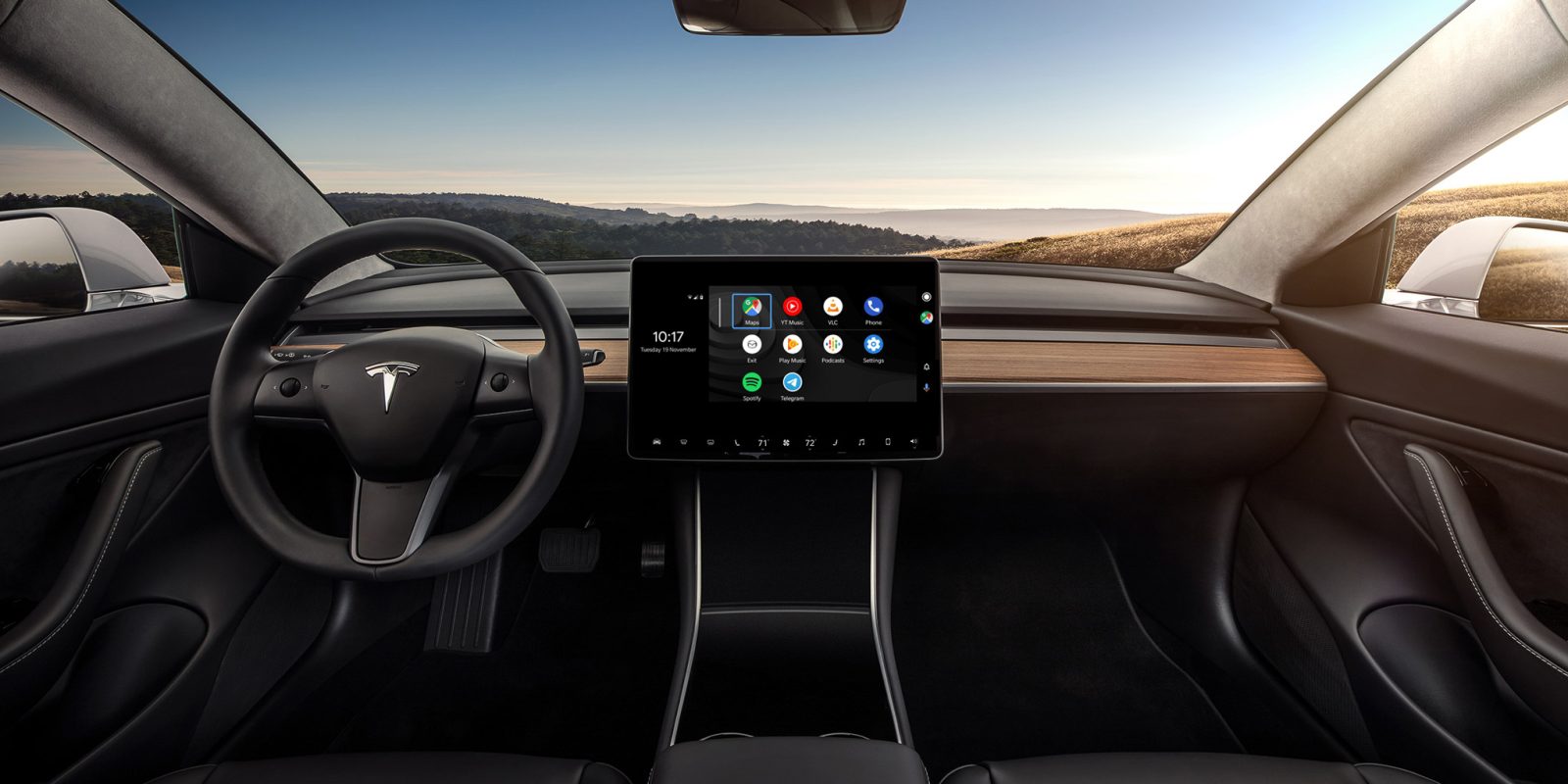 Tesla is the king of the hill when it comes to electric vehicles, and a big point of where the company pulls ahead is with tech. Android Auto, though, has always eluded Tesla vehicles, but a proof-of-concept demo shows that it is possible.

Emil Borconi, the creator of the clever AAWireless dongle, posted a video to Reddit that shows Android Auto up and running on a Tesla display, complete with touchscreen controls. As evidenced by just looking at the video, though, this functionality is very much in its early days.

The good news here is that, for one, Android Auto is at all running on a Tesla. Even in this early form, it’s working while the vehicle is in motion, and that’s good news for anyone dreaming of using Google’s platform in their EV. Emil also says it works without additional hardware, just an app running on the smartphone. As it stands right now, the process uses an Android Auto server generated by the phone and connects that server to the Tesla through a hotspot.

The bad news, though, is that there’s a long way to go to get this off the ground. Right now, it’s limited only to V3 Tesla hardware and doesn’t work on V2 hardware. It works on a Tesla Model 3, but not a 2017 Model S, where the page can’t be rendered. Further, as the video shows, performance and resolution aren’t up to snuff just yet. It’s usable at 480p, as seen below, but 720p is far too laggy as seen here. He also explains that scaling issues will need to be addressed.

There are also challenges to overcome as far as the vehicle itself goes. Since this process runs through the browser on Tesla devices, it won’t work in Australia since the browser is disabled completely while the vehicle is in motion in that country. Another, more widespread issue is that Tesla vehicles turn off WiFi when the driver shifts from park to drive/reverse, requiring it to be manually turned back on. Other issues that stem from the Tesla system include a lack of access to the microphone, the car’s GPS, and multi-touch.

It’s unclear at this point when this project might release to the public, but it’s interesting to see that it’s at all possible to use Android Auto on a Tesla, even if the process is a little hacky at this point.

The header image on this article is only a mockup.