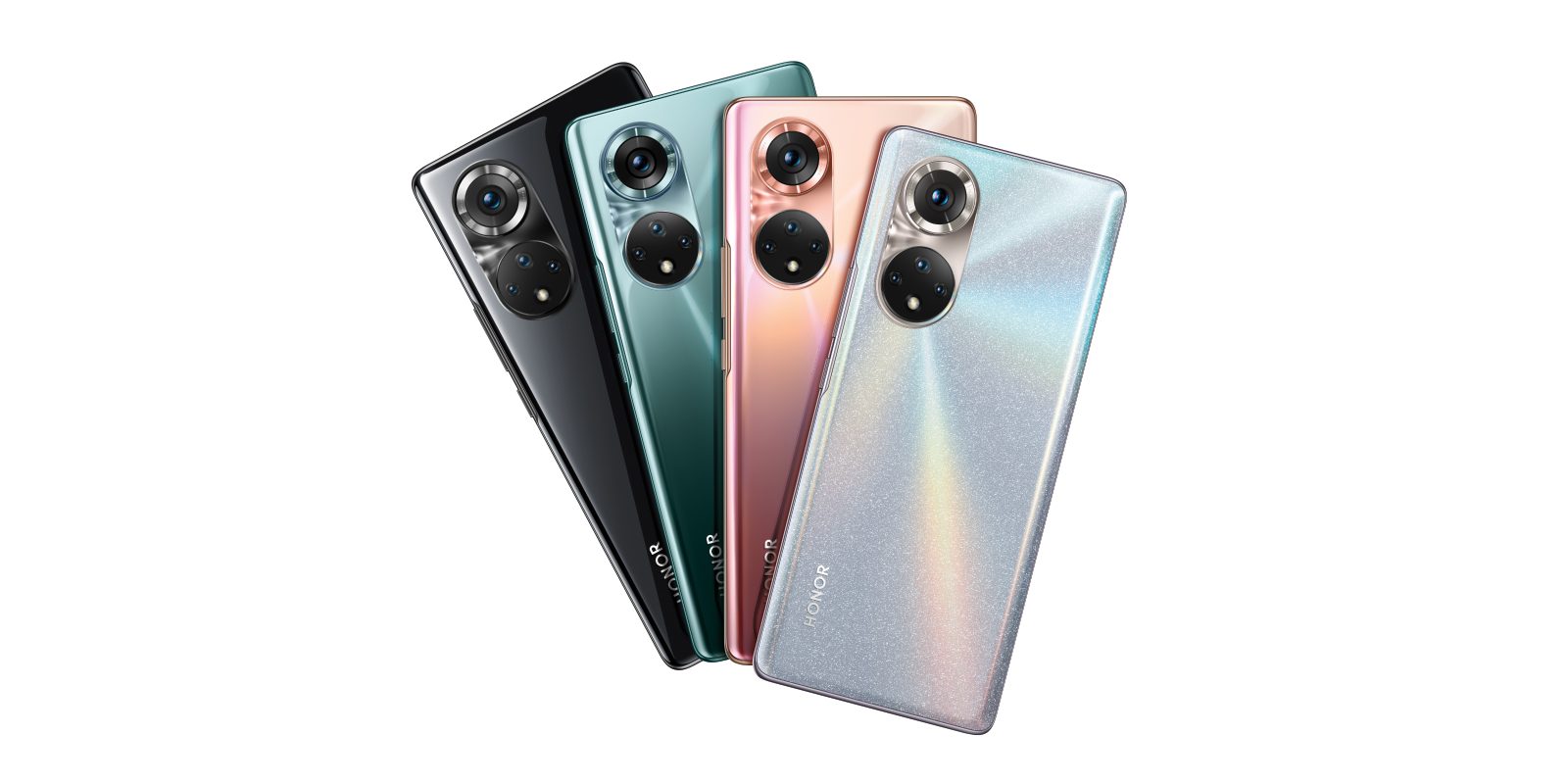 It’s been over two years since Huawei was cut off from the Google Play Store and other crucial Android apps. Now, after splitting from Huawei, the Honor brand is launching its first device with Google apps in the flagship Honor 50 series.

Honor was sold to a government-backed group in November 2020 that allowed the sub-brand to start working with Google again. Months later, we’re finally seeing the first fruits of that in the Honor 50 and Honor 50 Pro.

The latest Honor flagships are not on the same level as something like the Galaxy S21, but are just a step or two down. Both devices are powered by the Snapdragon 778G and share similar designs with a few key differences.

Honor 50 Pro offers up a 6.72-inch AMOLED display with FHD+ resolution and a 120Hz refresh rate. It also packs two selfie cameras, a 32MP standard shooter and a 12MP ultra-wide. Meanwhile, the Honor 50 delivers a smaller 6.57-inch display of the same caliber, but with a single 32MP selfie camera.

Cameras on the rear of both models are also identical. Two circles house a 108MP primary camera that has a large 1/1.52-inch sensor as well as an 8MP ultrawide camera and two 2MP sensors for capturing depth data and macro shots.

The design of the camera module, notably, is nearly identical to what Huawei is teasing for its upcoming P50 flagship. Coincidence?

Rounding out the package is either 8GB or 12GB of RAM to help power Android 11. The device comes with Honor’s “MagicUI” skin and units sold outside of China will pack both the Google Play Store and Google applications such as Drive, Assistant, and more.

There’s also a third device in the lineup, the Honor 50 SE. This more mid-range focused device uses the MediaTek Dimensity 900 chipset paired with 8GB of RAM and 128GB of storage. It has a 6.78-inch LCD display with a 120Hz refresh rate and a 16MP hole-punch selfie camera. The rear camera array includes a 108MP camera paired with an 8MP ultrawide and 2MP macro camera. Battery size lands at 4,000 mAh with 66W charging and the phone also runs on Android 11.

Pricing for the Honor 50 series starts at around $420 when converted from pricing in China, where the phone is set to go on sale next Friday. The SE model starts at $375. Notably, there’s no date set for international sales on any of these devices just yet.