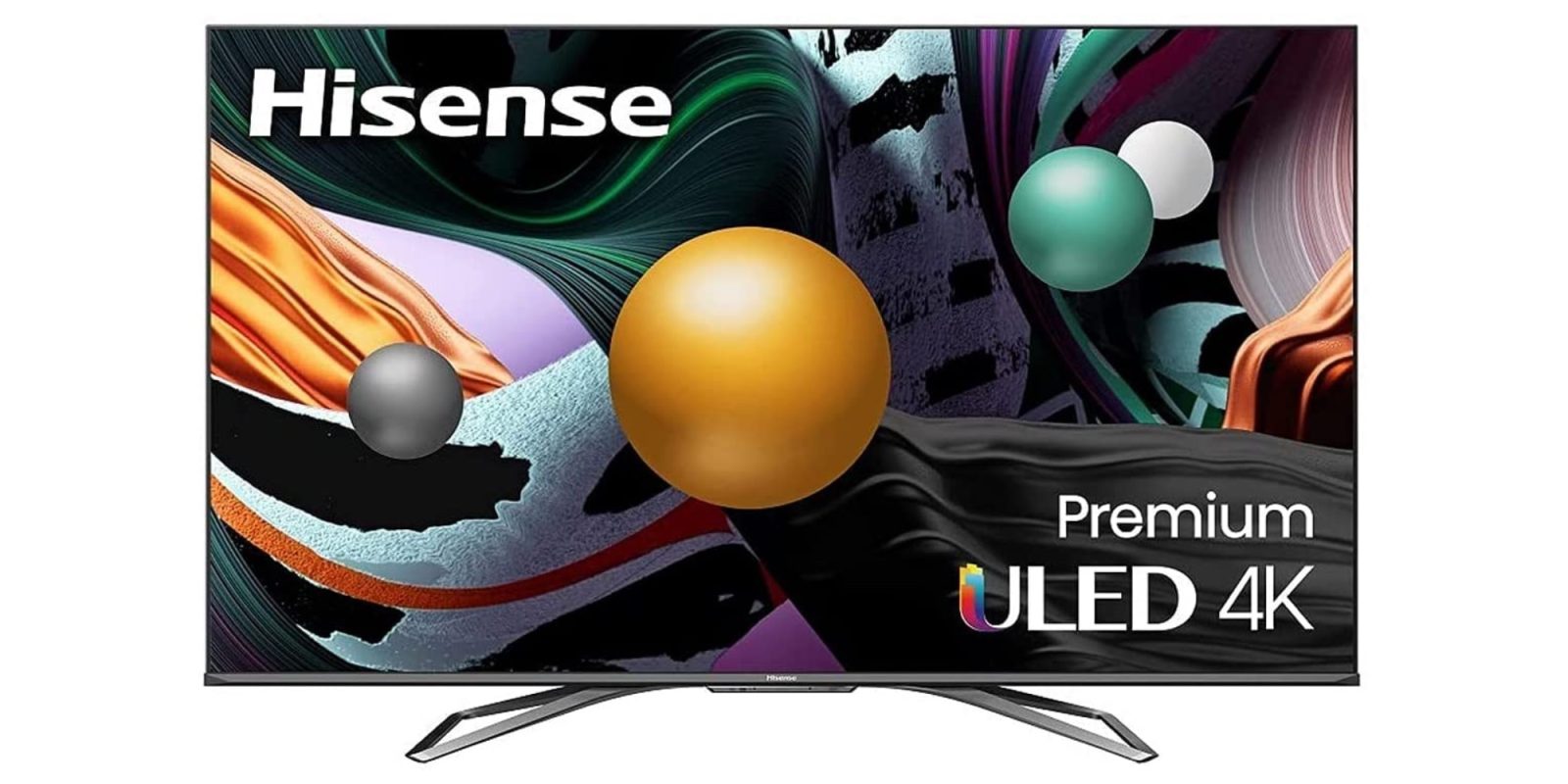 All of today’s best deals are headlined by the latest Hisense 4K Android TV on sale at $100 off. That’s alongside Nokia unlocked Android smartphones from $130 and the Ultimate Ears WONDERBOOM 2 speaker at $80. Hit the jump for all that and more in the latest 9to5Toys Lunch Break.

BuyDig is currently offering the new Hisense U8G 55-inch 4K HDR Android TV for $900. Normally fetching $1,000, today’s offer amounts to $100 in savings, marks one of the very first discounts to date, and arrives at an all-time low.

Having just launched in May, the new 2021 edition of Hisense 4K TV arrives with Android TV at the center of the experience alongside a ULED panel backed by 1,500 nits of peak brightness and a 120Hz refresh rate. On top of built-in Dolby Atmos and Dolby Vision HDR picture, you’ll benefit from four HDMI ports (one of which is HDMI 2.1-ready) with plenty of onboard streaming service access to supplement the package.

Having just been released last fall, Nokia’s recent 8.3 smartphone delivers a 6.8-inch 1080p display that’s backed by a Snapdragon 765G chip and 128GB of onboard storage. Alongside a fingerprint reader built into the power button, you’ll find a four-camera array around back headlined by a 64MP sensor. Plus, our hands-on review will give you an even better look at what to expect. There are two other smartphones on sale from $130 as well.

Ultimate Ears WONDERBOOM 2 now down to $80

Amazon currently offers the Ultimate Ears WONDERBOOM 2 Speaker for $80. Normally fetching $100, you’re looking at the lowest price since February, one of the best discounts of the year, and a perfect opportunity to score this popular speaker ahead of poolside listening this summer.

Packing 360-degree sound into a compact design, Ultimate Ears’ WONDERBOOM 2 is complemented by IP67 water-resistance and a stylish fabric-wrapped design. On top of its 13-hour playback on a single charge, it can also float in the pool or tub and supports pairing two of the speakers together for stereo sound. See why we deemed it the “best speaker of the year” in our hands-on review. Head below for more.

Best Buy is kicking off back to school savings with its selection of Chromebooks from $169. Though we’ve already tracked some notable price drops earlier this week, our current favorite of the bunch is the HP Chromebook 14 1.6GHz/4GB/32GB down to $199. You’ll find this going for $100 more from retailers like Walmart, though it’s listed as down from $260. Regardless, today’s savings are a match for the lowest price we’ve ever tracked. As one of HP’s newest and most affordable models, this 14-inch Chromebook is perfect for students with processing speeds up to 2.2GHz and a solid 9-hour battery life. You’ll get full access to Google’s Chrome OS, which brings up to 100GB of cloud storage alongside tons of easy-to-use programs for everything from classwork and content to creation, to the myriad of games and apps from the Google Play store.

6ave (97% positive lifetime feedback) via Amazon is offering the Fitbit Ace 2 Kids Fitness Tracker for $46. Typically fetching $70, you can save 33% today and snag this at the second-best price we’ve tracked. Improving on the original Fitbit Ace, the Ace 2 is meant to get kids outside and keeping active. It uses gamified graphics and challenges to encourage 60-minutes of daily activity, step goals, and the like. You’ll get up to 5-days of use per charge, so kids spend more time playing outside and less waiting around on their devices. And for all types of fun in the sun, the Fitbit Ace 2 is ready for the pool with ATM5 waterproofing.