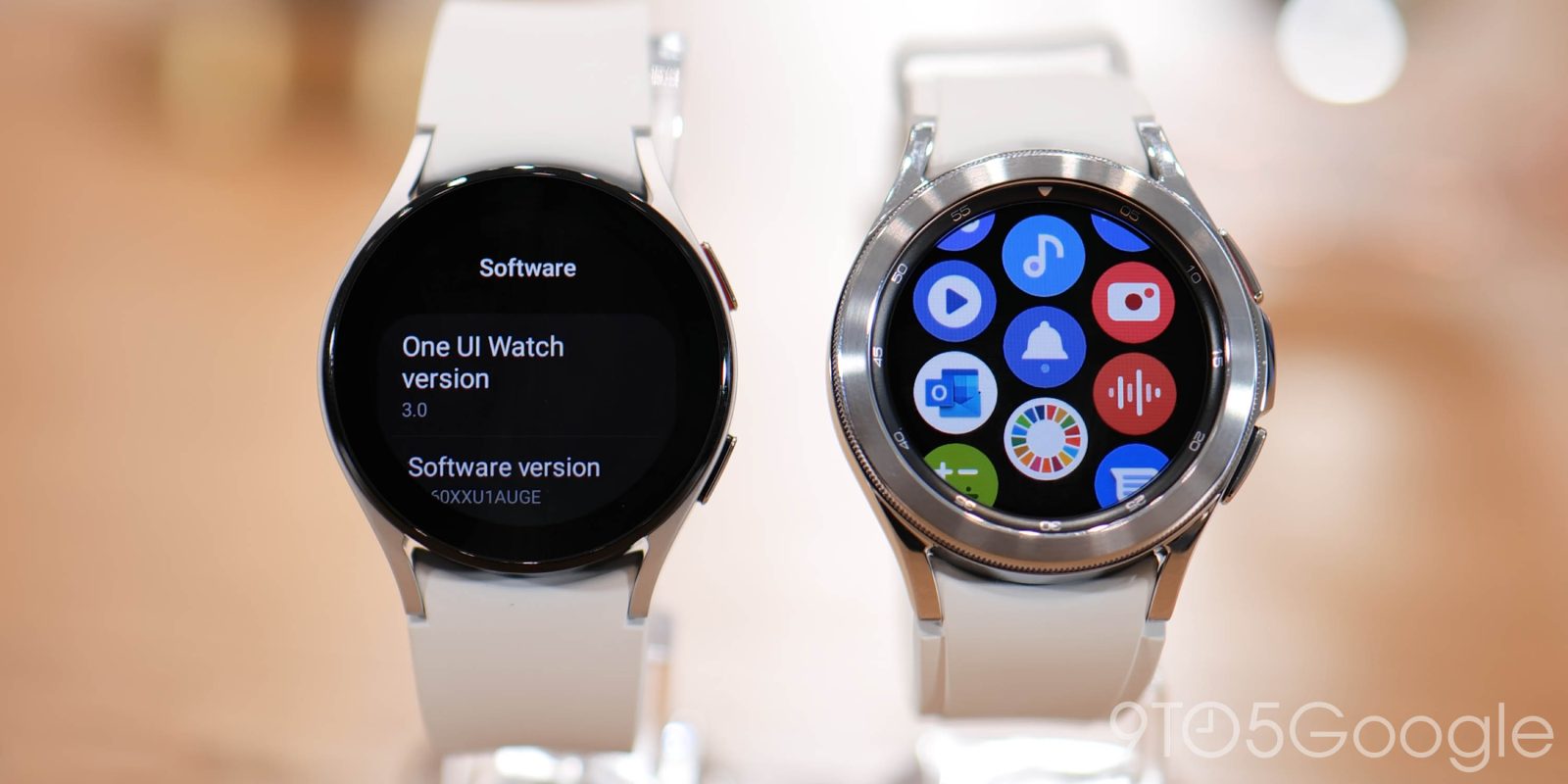 With the launch of the Galaxy Watch 4 and Watch 4 Classic, Google and Samsung’s collaboration has come to fruition, and we’ve had some hands-on time to gather some initial thoughts.

The good news is that even after just a short period of playing around with this fusion of Tizen and Wear OS, the Galaxy Watch 4 and Watch Classic are fine additions to the smartwatch ecosystem – and likely the only options to consider as it stands.

You can choose from two distinct designs, but luckily, this doesn’t change the experience too drastically. The Galaxy Watch 4 simply omits the rotating crown in favor of display edge gestures that effectively achieve the same thing.

Much of the experience is fairly familiar. While under the hood, the Galaxy Watch 4 and Watch 4 Classic are running Wear OS 3, the Tizen skin is running on top. This brings about some minor usability differences, but this takes little time to get to grips with.

Swiping downwards on the Galaxy Watch 4 devices is where you’ll find all of your apps in a floating amorphous grid that is fairly reminiscent of Apple’s Watch OS. Tapping and holding lets you adjust the layout of apps, but my gut instinct has me feeling that the traditional list format – while less visually appealing – is easier to grasp. I say this as if you don’t recognize an app by its icon, you might find yourself tapping around to find the one you want. It’s an admittedly minor issue but a problem nonetheless.

The pre-installed watch faces provide a number of great choices to complement the overall design of the Watch 4 and Watch 4 Classic, but there isn’t too much of a departure from previous iterations. Both watches are familiar and approachable.

I’ll note that the performance was incredibly slick and smooth. There are no app hangs or slowdowns to speak of, with every interaction feeling far more precise as a result. Given the bump the Exynos W920 processor is said to provide, the Galaxy Watch 4 and Watch 4 Classic are easily the best performers in the Wear OS arena – and that is just having had the opportunity to play with them for around an hour.

Everything feels vaguely familiar with a hint of Samsung. The One UI touches don’t necessarily detract from the experience, but overall, the difference felt pretty stark even from the solid TicWatch Pro 3 and E3 Wear OS watches we have recently reviewed.

Of course, some of this may be the placebo effect in action, so we’re looking forward to really sinking our teeth into what this unique version of Wear OS 3 really provides in the coming weeks. That said, we know for certain that the Snapdragon Wear 4100 and 4100+ will not fully support Wear OS 3 and associated features, which gives an indication of the overall performance gap.

Somewhat strangely, I must admit that I’m not enamored by the chunky design of the Classic model, but I feel more attached to the Watch 4 due to its minimal aesthetic. Personally, the rotating crown adds bulk that I feel might make it prone to snag on a long sleeve shirt or maybe less comfortable if worn in bed.

However, a bigger problem might be the strap on the Watch 4 specifically. It uses a combination clasp but fixes underneath rather than on top, which means that nipping your skin when fitted is a real possibility. The traditional strap used on the Galaxy Watch 4 Class felt more secure in our brief encounter with the wearable.

Starting at just $249, if you want a Wear OS watch in the very near future, then you simply have to pick up either the Galaxy Watch 4 or Watch Classic 4. It’s genuinely that simple.