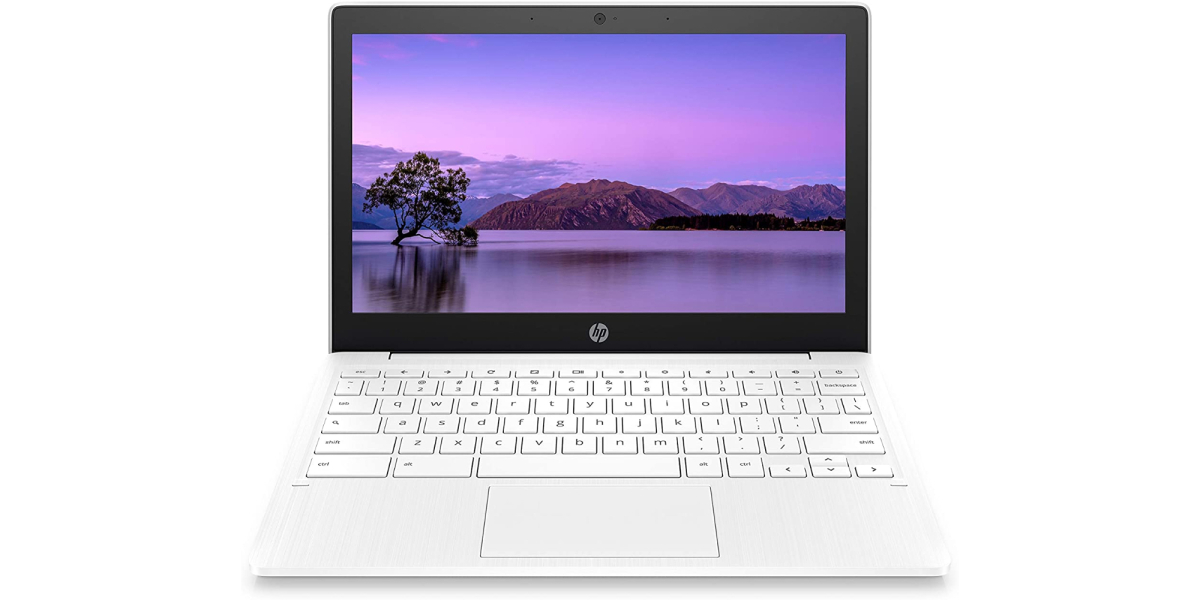 It’s time to round up all of today’s best Android-friendly discounts. To start things off, we have a new all-time low on HP’s Chromebook 11 with 16-hour battery life and Google Play Store access that sits alongside a solid price drop on the Wyze ANC headphones with Google Assistant built-in. From there, big-time price drops are available on Google TV and Google virtual assistant-laden 4K TVs from some of the biggest brands out there as well as a host of solid deals on APC battery backup systems and surge protectors from $12. Hit the jump for a complete look at today’s 9to5Toys Lunch Break deals.

Amazon is offering the HP Chromebook 11 2GHz/4GB/32GB for $154.57 shipped. Down from $220, today’s deal marks a new all-time low that we’ve tracked for this model. This lightweight and compact Chromebook delivers up to 15 hours and 45 minutes of battery life on a single charge, meaning you can go all day long before having to plug back in. Running Google Chrome as its base operating system, this Chromebook has a full-sized keyboard and access to the Google Play Store, allowing you to be productive while away from home. Plus, the 11-inch display is anti-glare, and you’ll find a built-in HP True Vision camera, dual microphones, and two speakers in tow. For ports, there’s a 3.5mm headphone jack, USB-A, and USB-C. Wi-Fi 5 and Bluetooth 4.2 are also in tow. Rated 4.5/5 stars.

The official Wyze Amazon storefront is offering its Active Noise Cancelling Bluetooth Headphones for $57.78 shipped. Normally $80, today’s deal marks the second-best price that we’ve tracked all time. Wyze Headphones deliver up to 40dB quick on/off hybrid active noise cancellation, meaning that you can easily reduce outside noise to a “whisper,” allowing you to easily stay focused while working. The 20mm memory foam and elongated ear cups allow you to ear these headphones for hours without worrying about fatigue. You’ll also find Alexa built-in, but it also works with Siri, Google Assistant, and Bixby. Rated 4.7/5 stars. Check out our announcement coverage for more, and be sure to head below for more.

Amazon is now offering the Samsung 85-Inch Class Crystal UHD 4K UHD Smart TV (2021 Model) for $1,797.99 shipped. Regularly up to $2,200 at Best Buy, where it is currently on sale for $1,800, this is a new Amazon all-time low and the best price we can find for the giant 85-inch 4K TV. The Crystal 4K Processor is joined by HDR support and built-in Google Assistant/Alexa voice commands alongside the Motion Xcelerator that ensures “movies, sports and games are smooth and crisp with minimized motion blur.” Direct access to thousands of apps and all of your streaming services is complimented by three HDMI jacks, two USB ports, Bluetooth, and more. Rated 4+ stars from over 1,000 Amazon customers. More 4K TV deals are below.

Plus Google TV models, OLEDs, and much more right here.

APC Gold Box: Battery backups, surge protectors, wall plugs up to 40% off from $12

Today only, as part of its Gold Box Deals of the Day, Amazon is offering up to 40% off a collection of highly-rated APC UPS battery backup systems and surge protectors. On top of some more standard models, one standout is the APC 1500VA Sine Wave Gaming UPS Battery Backup System for $187.99 shipped. Regularly $260, this is 28% or $72 off the going rate for a new Amazon all-time low. They have never dropped below $225 before today. Designed for both PC-based setups and consoles, it provides 10 total outlets, six of which are of the battery backup type, and the other four have surge protection only via the “1500VA/900W Line-Interactive Sine Wave” internals. A 6-foot power cord is also joined by three USB charging ports as well: ”2 Type-A, and 1 Type-C (5V/3A shared).” A 3-year warranty is included along with the 4+ star rating.

Lenovo via eBay Daily Deals is offering its Tab P11 Pro 128GB Android Tablet for $310. Down from $499, today’s deal marks a new all-time low that we’ve tracked. Lenovo’s Tab P11 Pro delivers an 11.5-inch 2K OLED Dolby Vision display that packs Dolby-enhanced audio making it great for on-the-go media consumption. It’s one of Lenovo’s thinnest and most powerful Android tablets to date, as well. You’ll find 128GB of built-in storage here, too. You can learn more about it in our announcement coverage.

Today only, Woot is offering the NETGEAR Wi-Fi 6 Mesh Range Extender for $90, with non-Prime members being charged a $6 delivery fee. Down from $130 at Amazon, today’s deal is $10 below our last mention and beats the previous all-time low by nearly $2 to mark the best price that we’ve tracked. If your home’s Wi-Fi network is lacking, this range extender is there to save the day. It adds up to 1,500-square feet of wireless coverage to your network and even works with just about any router or modem. There’s also a wired Ethernet port available for you to use if you need wired networking on a PC, console, or anything else.