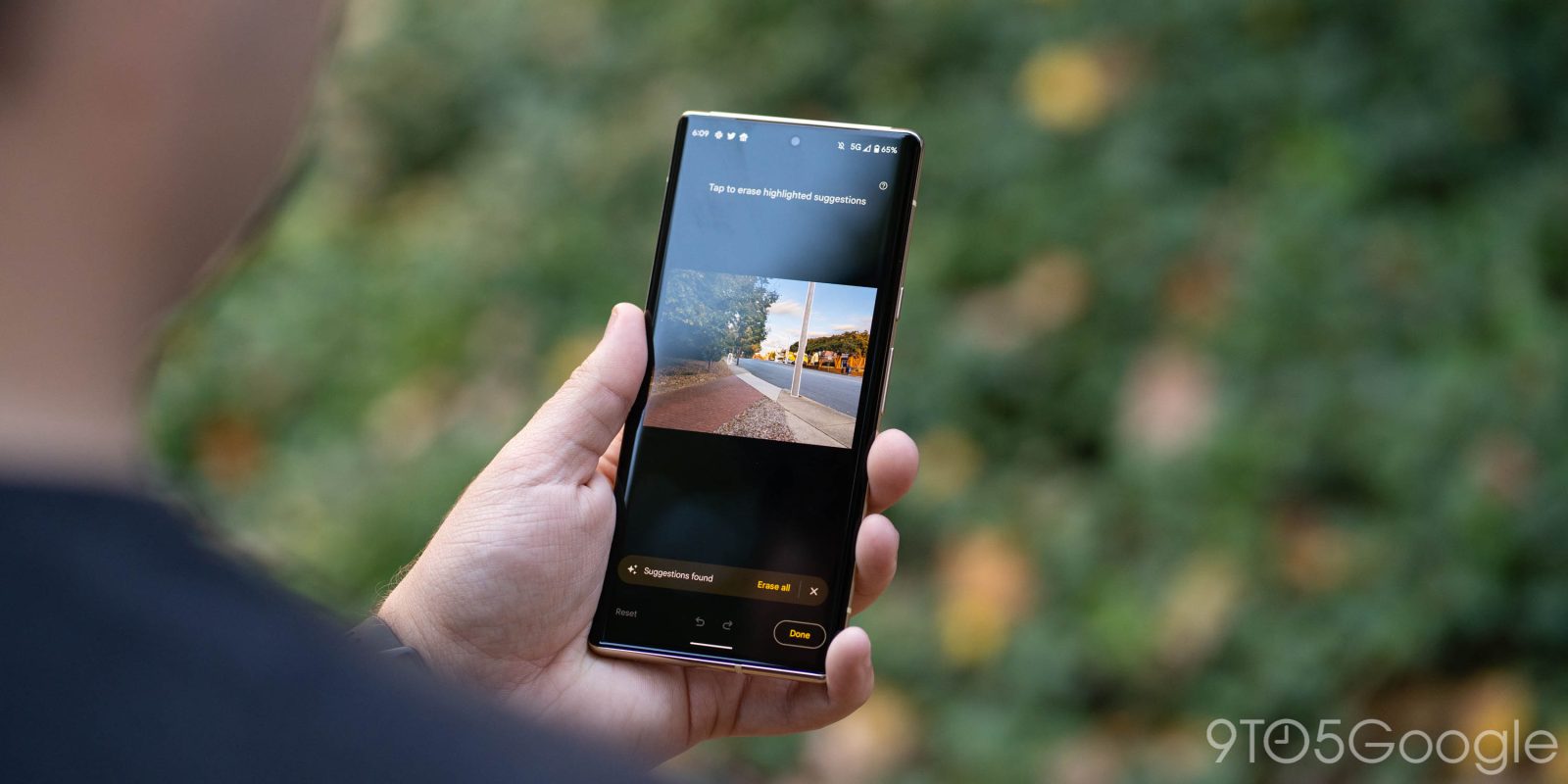 One of the exclusive Pixel 6 features that’s gathered a lot of attention is Magic Eraser. As fun as it is, though, it depends on specific releases of the Google Photos app, and the latest Photos update on Pixel 6 seems to remove Magic Eraser from the app entirely.

A few Reddit users found this morning that updating the Google Photos app through the Play Store removes the Magic Eraser tool from Pixel 6 devices. This, obviously, isn’t intended behavior, but seems to be tied to Photos version 5.67.0.409192963.

Reports of this update rolling out and removing the feature are, so far, limited to just a few users, but this seems to be due to the app version’s limited rollout to this point. We have not yet been able to replicate the issue as the update has not reached our Pixel 6 devices through the Play Store.

Fixing this issue unofficially could prove tricky, as specific versions of the Photos app are needed to enable the Magic Eraser feature on Pixel 6 and Pixel 6 Pro, so sideloading isn’t a straightforward fix.

It seems likely that Google will get this issue fixed sooner than later, but in the meantime, it would be smart for Pixel 6 owners to turn off automatic updates to ensure the feature isn’t lost. This can be done through the Play Store under Settings > App download preferences > Auto-update apps. Alternatively, you can turn off automatic updates for Photos on the app’s store listing under the three-dot menu at the top of the screen.

Update 11/13: Google has confirmed to The Verge that the company is working on a fix for this issue. In the meantime, the update has been pulled from the Play Store.