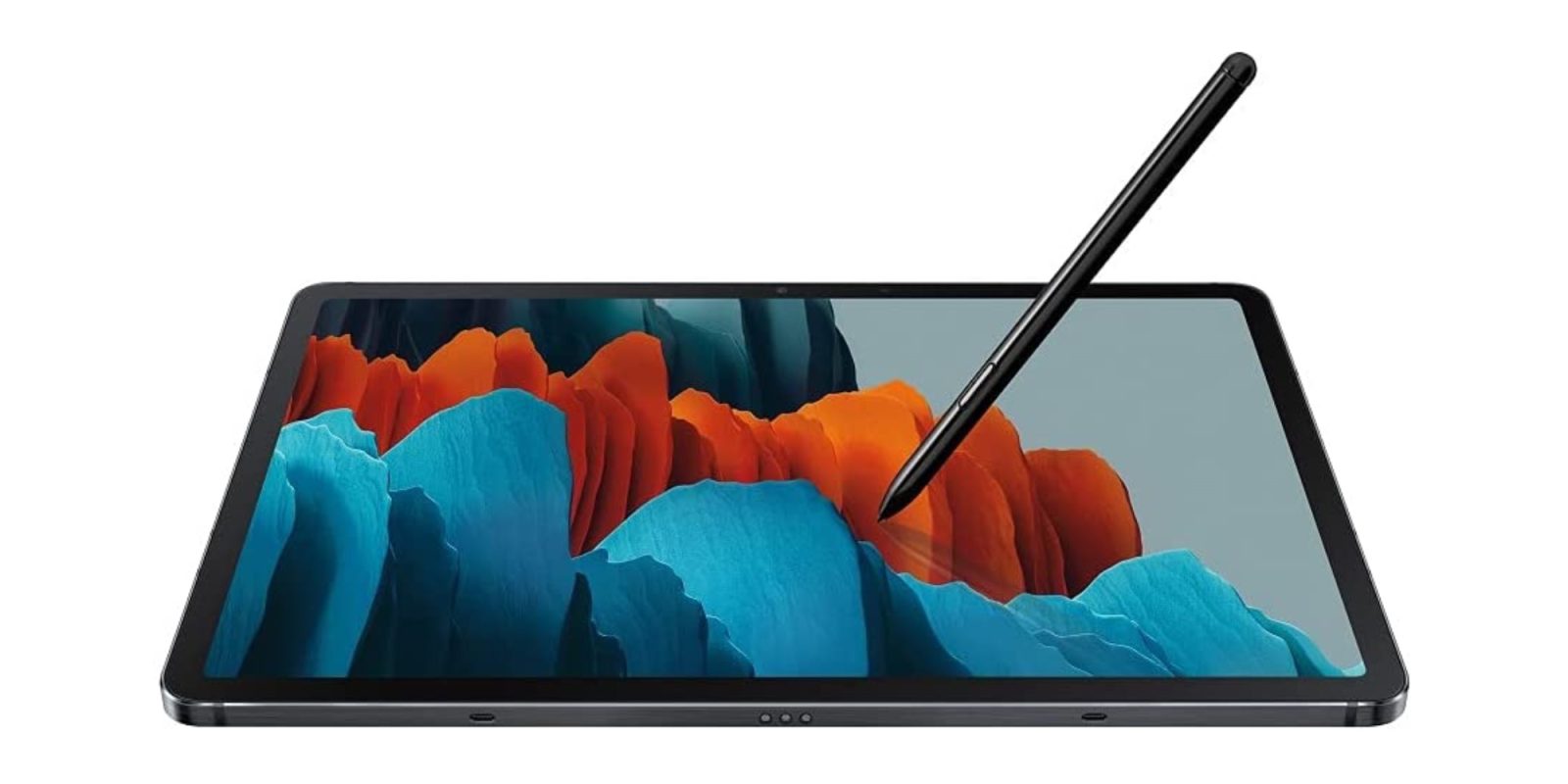 All of today’s best deals are now up for the taking and headlined by the Samsung Galaxy Tab S7 seeing a $151 discount. That’s alongside the first discount on the Bose QuietComfort 45 ANC Headphones at $279 and Google Pixel Stand at $30. Hit the jump for all that and more in the latest 9to5Toys Lunch Break.

Amazon is now offering the Samsung Galaxy Tab S7 Wi-Fi 128GB 11-inch Android Tablet for $499. Normally fetching $650, you’re looking at a new Amazon low that’s $1 under our previous mention and a total of $151 off.

Delivering an Android experience centered around an 11-inch TFT LCD screen, the Galaxy Tab S7 arrives as a content consumption and productivity machine. To help with the former, there are four AKG-tuned speakers backed by Dolby Atmos, as well as 128GB of onboard storage that can be supplemented by a microSD card. Throw in the 120Hz refresh rate and S Pen support, and this is a compelling option for digital artists or students looking to quickly record handwritten notes.

Adorama is now offering the all-new Bose QuietComfort 45 ANC Headphones for $279 in two styles. Normally fetching $329, you’re looking at a $50 discount in order to mark the very first price cut we’ve seen since launching back in August.

These over-ear headphones from Bose arrive as the brand’s latest flagship offering yet with a series of notable specs to match. First up, there’s enhanced active noise cancellation paired with an Apple-style transparency mode, as well as Active EQ for balanced listening. You can also rely on 24 hours of playback before needing to recharge the QuietComfort 45 ANC, and plugging in a USB-C cable for just 15 minutes will net you three hours of usage in a pinch.

DailySteals is offering the previous-generation Google Pixel Stand 10W Qi Wireless Charger for $30. Down from its $80 list price, today’s deal beats our previous mention by $5.50 to mark a new all-time low that we’ve tracked.

Google’s official charger is the best way to wirelessly power your Pixel smartphone, as it offers some exclusive features. To start with, it delivers 10W of charging power to your Pixel for Fast Charging. On top of that, you can turn your smartphone into a photo frame while it’s charging to enjoy your favorite family pictures without having to do a thing except set your phone on the Pixel Stand. Take a closer look in our hands-on review.

Amazon is now offering the Wyze Lock Smart Wi-Fi Deadbolt and Keypad Bundle for $118. Normally fetching $155, you’re looking at 23% in savings alongside the second-best price to date that was only beaten once before back in June. You can also score the Wyze Lock on its own for $98, down from $130.

Wyze Lock brings smart home tech to the front door complete with auto-unlock, smartphone control, and a simple 15-minute installation. Included alongside the lock itself, you’re also getting the Wi-Fi gateway that brings Alexa integration, out of home control, and more into the mix. Google Assistant support just also rolled out, as well. You can dive into our hands-on review for a better idea of what to expect, too.

Samsung’s Smart Monitors with AirPlay 2 on sale from $230

Amazon is currently discounting a selection of Samsung’s new Smart Monitors headlined by the 32-inch 4K M7 model at $354. While you’d normally pay $450, today’s offer amounts to 21% in savings while marking one of the best prices we’ve seen to date at $46 under our previous mention. You can also save on the 43-inch M7 Smart Monitor, which drops to $450, down from its usual $600 price tag.

Samsung’s new M7 Smart Monitors in either case arrive with a 4K panel alongside a 65W USB-C PD port, pair of HDMI inputs, and more. But where the unique display stands out from the competition is with integrated smart features including AirPlay 2 support, native access to Netflix, Disney+, Hulu, Apple TV+, YouTube, and other series, as well as an adaptive picture mode for adjusting the brightness throughout the day. You can get a closer look in our launch coverage.