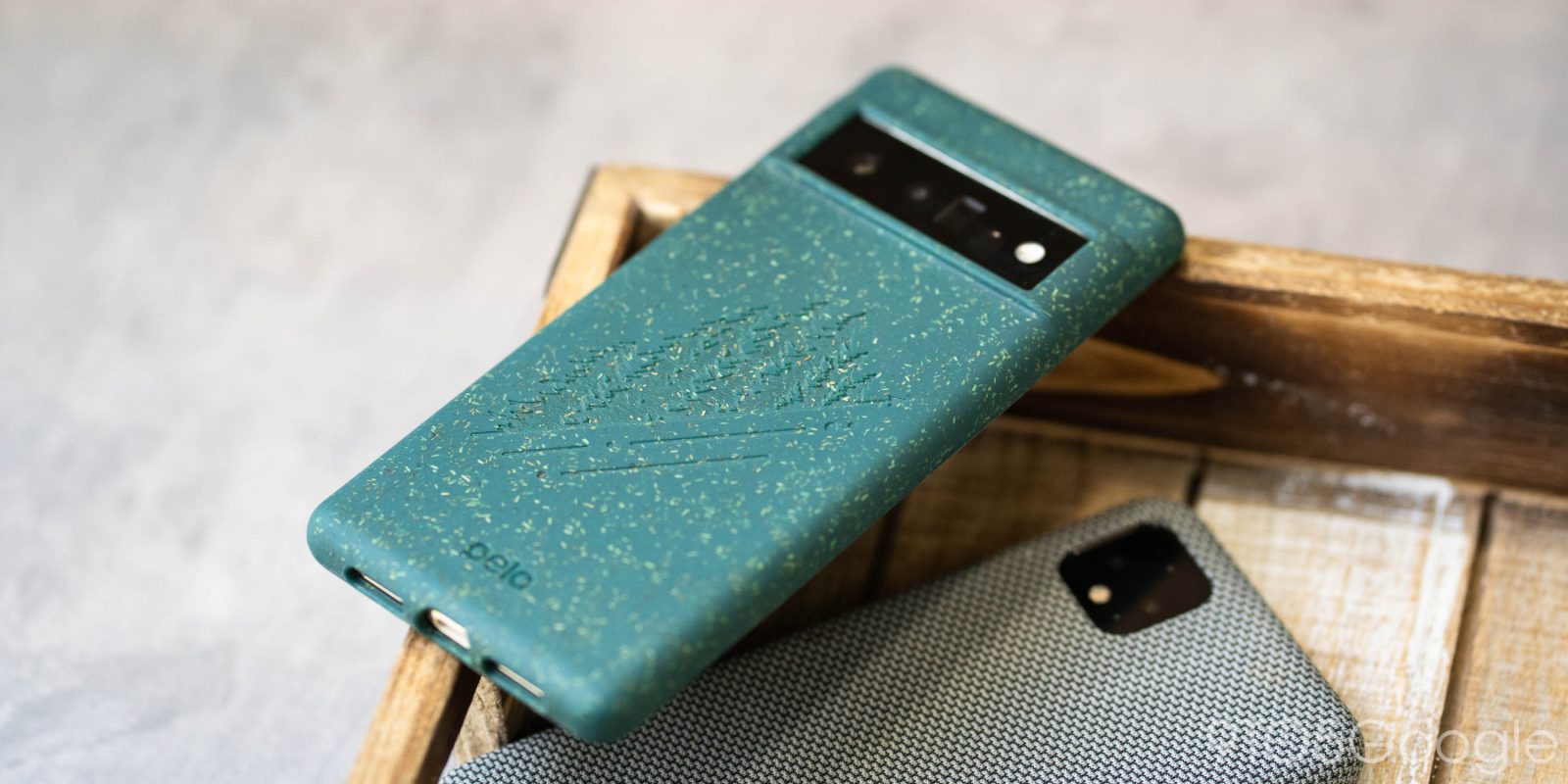 With the launch of its Pixel 6 series, Google killed off any hope that it would continue producing cases with a delightful fabric material. Outside of some shoddy recreations, it’s a concept that hasn’t been replicated. But since its October launch, there’s one case that’s managed to ease the heartbreak felt from the loss of Google’s fabric cases — Pela’s soft and comfortable Pixel 6 cases.

How could a rubber case replace the delightful fabric cases Google produced out of recycled plastic for generations of Pixel phones?

Pela’s case designs are made entirely from sustainable plant-based materials, not traditional plastics. The cases are compostable, meaning they’ll break down in the right conditions much faster than the traditional plastic cases most people use.

A byproduct of this commendable and important mission is that Pela’s cases for the Pixel 6 series and other devices are incredibly, almost bizarrely, soft.

The “Stormy Blue” case has a soft and grippy feel to it, whereas the “Green Summit” version has a similar feel, but with a mountainside design engraved into the back that adds some nice texture to the case. For me, this case feels the most similar in the hand to Google’s fabric cases for the Pixel 4 and Pixel 5. It’s soft, grippy, and has some real texture to it. Unlike Google’s official case, which is bland and boring (though made from some recycled materials, which is nice).

Pela’s cases have served my Pixel 6 Pro well, with no issues when dropping the device — a rare occurrence when the case is on, thanks to its grippy nature. But there are some areas Pela could improve. Pela, notably, also offers an eco-friendly liquid screen protector. I haven’t had a chance to install that, and with proper tempered glass now available, I’m less inclined to, but the $60 product carries with it a $200 warranty for a screen repair, should your display crack while using the liquid screen protector (you have to own a Pela case as well to be eligible).

Beyond that, I’d love to see a design that’s a bit stiffer and, in turn, covers the power button. The little divot for the power button makes it easy to identify but leaves it not as clicky. A stiffer design would also make it possible for a larger gap around the bottom of the display. With thin bezels and gesture navigation as the norm in this day and age, a lip at the bottom of a smartphone case can be a little bit annoying at times, and no harsh edges around the USB-C port make holding the phone more comfortable to hold.

To make a long story short: I still want Google to bring back the fabric cases, but in the meantime, Pela is my go-to substitute because it’s both soft and grippy, unlike most other cases I’ve tried.

On a closing note, there are fabric cases for the Pixel 6 series on Amazon. The ones I’ve tried, at least, are not great. The fabric starts to fray almost immediately, the polycarbonate interior traps a lot of dust and dirt, and there’s virtually no protection for the phone. They’re cheap, definitely, but a poor substitute for the real thing.

Bring them back, Google.