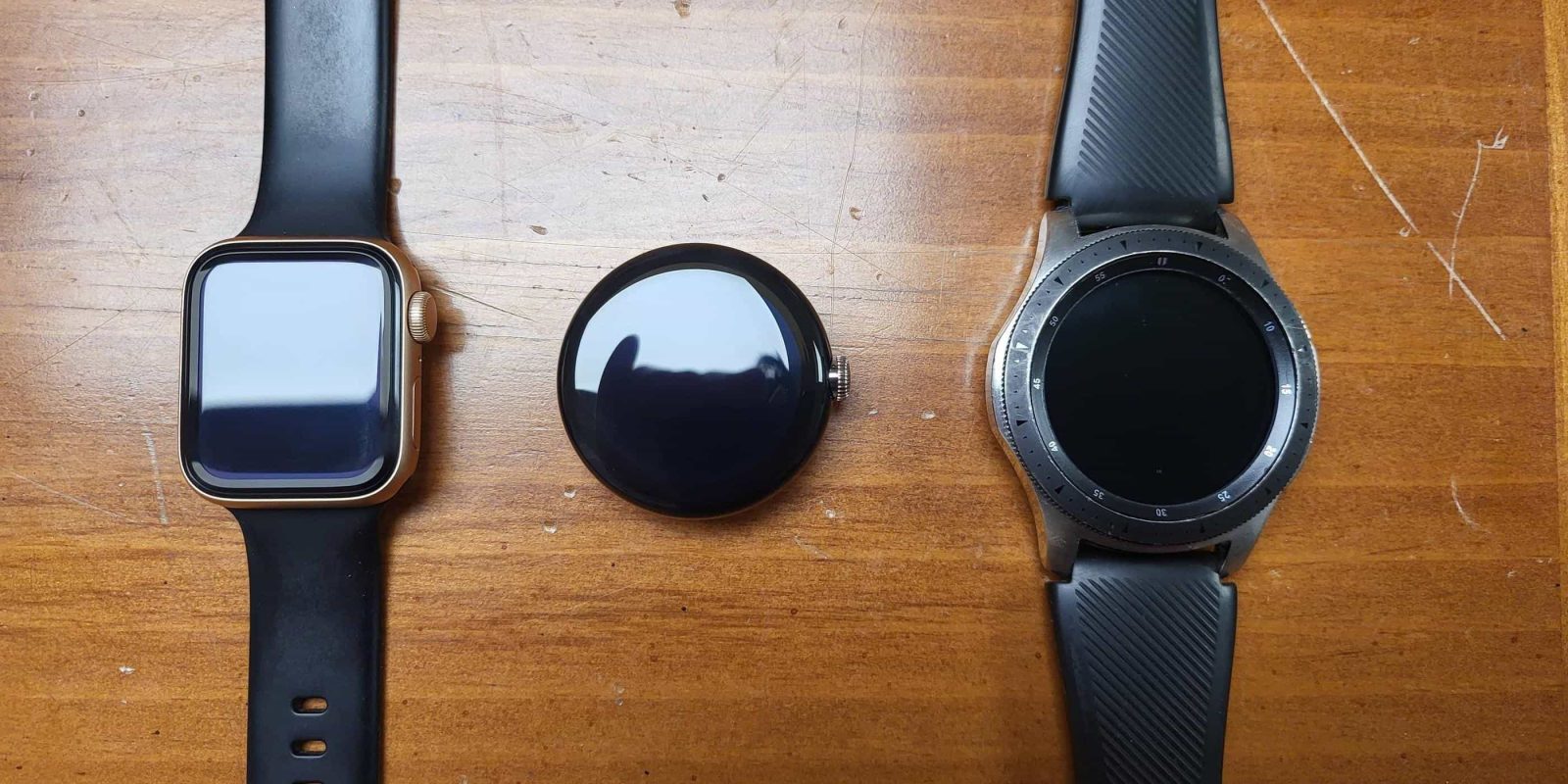 Following real-life images yesterday, the person currently in possession of a Pixel Watch is doing a Reddit AMA (ask me anything) of sorts about the Google wearable leak and reveals more hands-on details, like the size.

With the physical hardware now heavily leaked, the curiosity now turns to the UI experience and what Google’s version of Wear OS 3 looks like. The only software picture we have from the leak is the “G” boot screen. That image was taken a “few weeks” ago and the Pixel Watch is now entirely dead.

Reddit user tagtech414 tried “2 qi chargers and Power Share from Samsung Fold 3,” as well as a Pixel 6, to bring it back to life, but the “charger detects it momentarily but then stops.” As it would be odd for the Pixel Watch not to support the Battery Share capability found on Pixel phones, Google might have just limited charging on this prototype to specific internal power sources.

In the cover image above, the Pixel Watch is compared to a 40mm Apple Watch and 46mm Galaxy Watch (Classic).

After being measured with digital calipers, we learned that the Pixel Watch is 40mm wide and a remarkably thick 14mm. The visible screen sans bezel is said to be 30mm, while the entire thing weighs 36g.

On the rear, you see (Latin) text on the perimeter that looks to serve as a placeholder during the prototype phase.

The bulbous rear is said to be “very rounded so there is less contact made with the wrist,” while the u/tagtech414 ascribes a “very premium” feel to the Pixel Watch. They also compared the bottle cap-shaped crown, and the button above it, to the Apple Watch and said it “feels identical.”

There is one pretty large flat button above the crown, and the crown clicks in. A good tight low travel click. Very similar to the Apple Watch.

Meanwhile, there’s a button where the strap connects that looks to catch and lock the band in.

Yup! They push in and there seems to be a little lip under each button so the bands should catch and lock in. I’ll test when I get the bands.

There’s also a new shot of the speaker grill on the left side with another hole above it for the microphone (or altimeter). Another leaked image is somewhat helpful at determining the boundaries of the display and how thick the Pixel Watch bezels are. It does not appear to be too drastic.