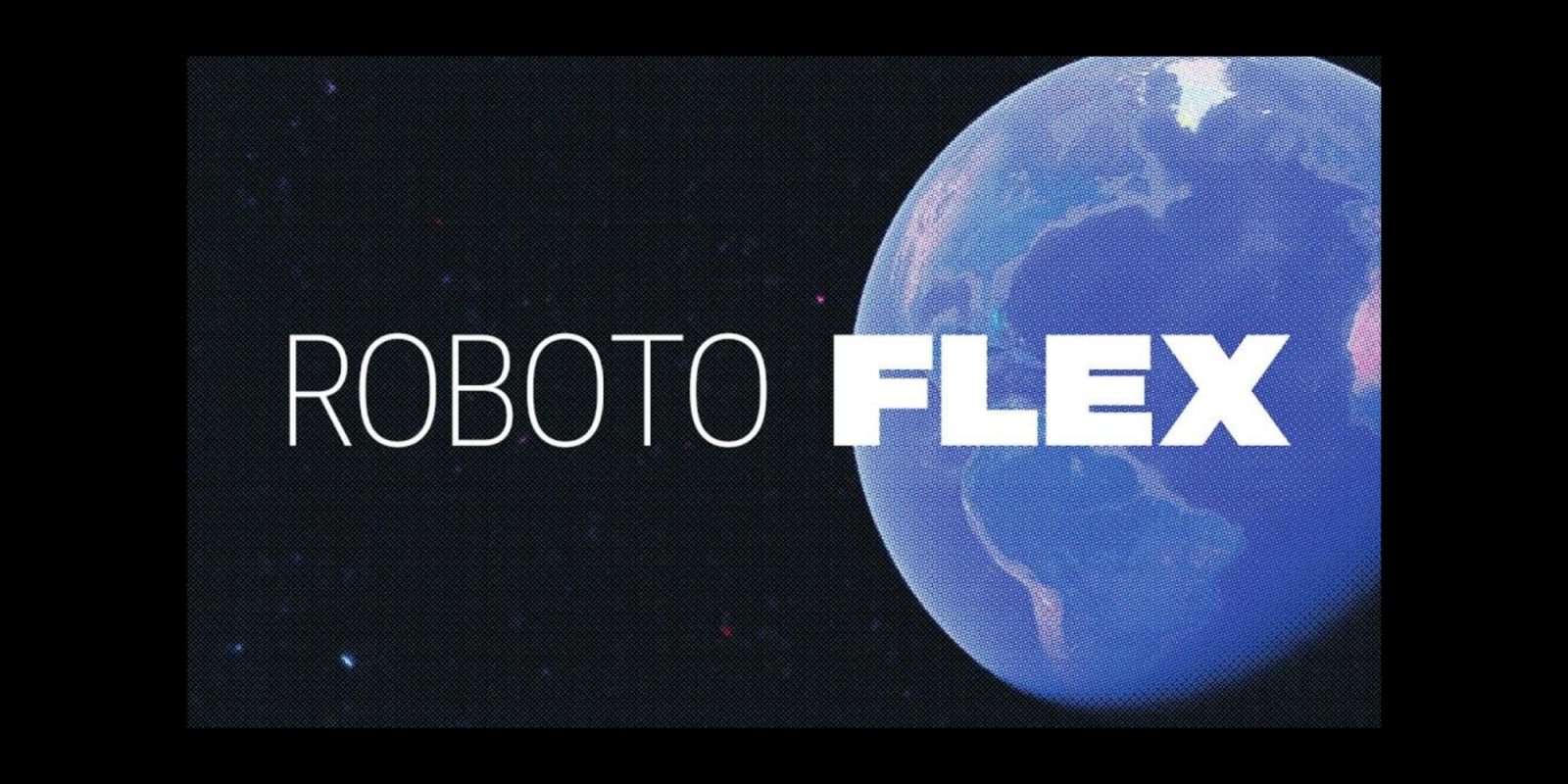 Since its release in 2011, the Roboto font has expanded to include several variants and just got a reading-optimized Serif version in February. Roboto Flex was officially unveiled today as a “major upgrade” and “Google Fonts’ biggest project to date.”

Roboto has various claims to fame, including being the default on Android and Google Fonts’ most popular download. Over the past 11 years, it has grown into several variants: Roboto Sans, Condensed, Slab, Mono, and Serif.

Commissioned by Google, it was created by Font Bureau and underwent five years of “intensive development.” Roboto Flex is a variable font that allows for immense customization:

“Compress” refers to their file compression abilities, while “express” and “finesse” are about giving people a larger palette (“express”) and more control (“finesse”) over their designs. The express and finesse benefits are made possible by a variable font’s “axes,” which give people the ability to choose and combine any value(s) along them, instead of being stuck with the limited options defined by type designers.

The differences between the original sans Roboto and Roboto Flex at its default size (14) are subtle:

Font Bureau’s house standards for quality show up in a few subtle updates to Roboto’s neo-grotesque sans design, including switching the default numeral style from tabular lining to proportional; and making the zeros in the percent symbol not deviate from the regular numeral zero design.

Other highlights include a “huge range of weights and widths across a complete stack of optical sizes,” while user axes customization covers weight, width, slant, grade, and optical sizes, with italic handled by an “equivalent Slant axis.”

Open-sourced, Roboto Flex is available to download on Google Fonts in Latin, Greek, and Cyrillic today.