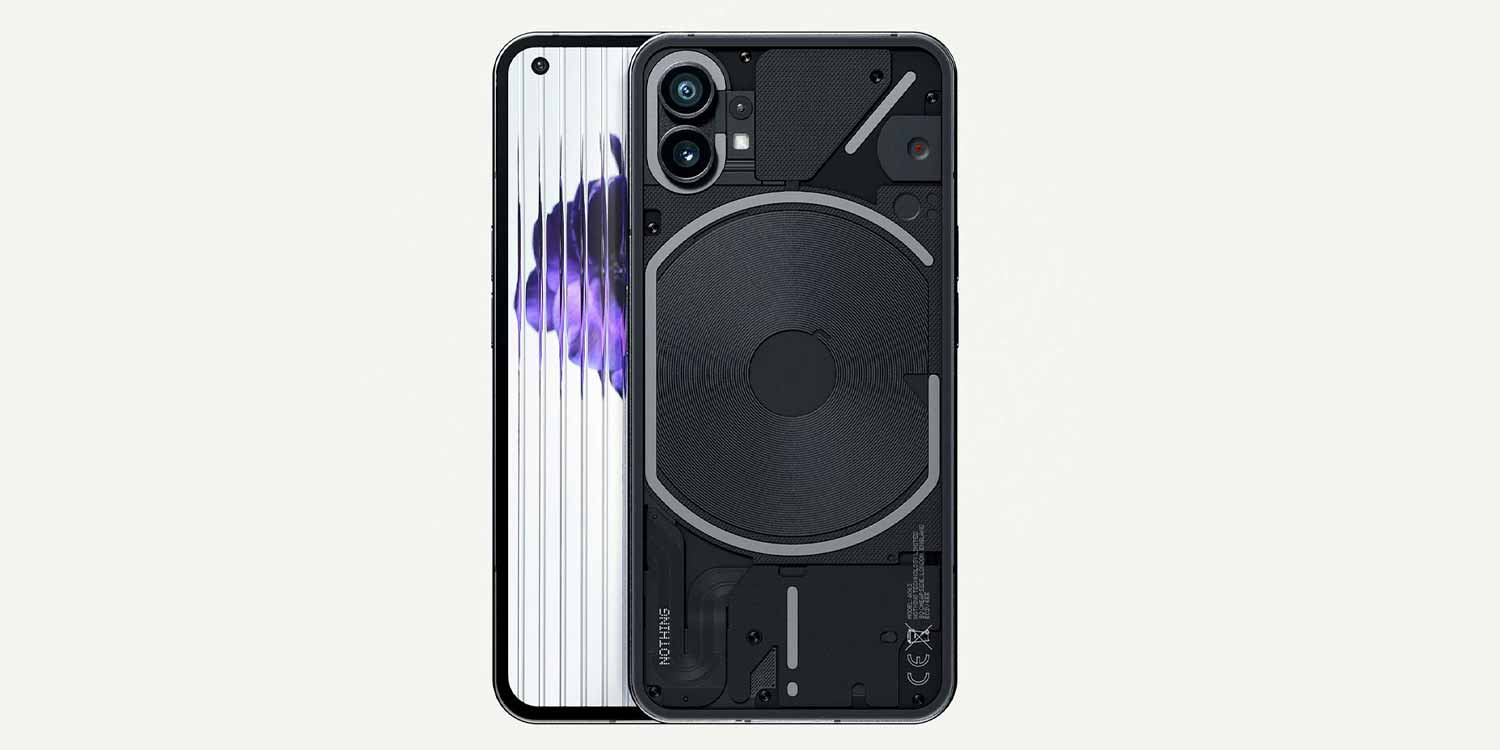 The upcoming Nothing Phone (1) is set to launch on July 12, but before then, we’re learning more about the device with renders of a black model surfacing alongside some proposed specifications.

Despite a fairly recent video deep dive into the design and some of the unique design aspects of the Nothing Phone (1), we’re getting a look at the device in black for the first time courtesy of Roland Quandt and WinFuture. While the design does not differ, there is some subtle changes here that make it an interesting color option.

The glyph lighting bars have been tuned to gray with the exposed backplate also dipped in darker tones for a stealthy aesthetic that might pique the interest of potential buyers — provided you’re able to get an invite to purchase the handset at launch. The flat sides of the chassis of the Nothing Phone (1) are also matte black here while we get a full 360-degree look at the standard white model for comparative purposes.

A series of proposed specifications for the device have also been shared by 91Mobiles. According to leaker Yogesh Brar, the Nothing Phone (1) will be powered by a Qualcomm Snapdragon 778G processor, will include 8GB of RAM, and a 4,500mAh battery with 45W charging. While the 6.55-inch OLED display will be 120Hz. That’s not all as the dual-camera setup could consist of a 50-megapixel main shooter and 16-megapixel secondary lens. The selfie camera is said to be 16-megapixels.

Those specifications certainly would put the Nothing Phone (1) towards the upper mid-range, and likely facing stiff competition from the likes of the Pixel 6 and even the soon-to-be-released Pixel 6a. Solid pricing will be needed to ensure that the Pei’s first smartphone launch since leaving OnePlus can be competitive. However, an invite-only sales tactic could help build hype and attract buyers eager to try out this new handset.

Sadly, the Nothing Phone (1) in black or white will not be launching in the US, which is disappointing given the recent alteration to another enthusiast brand OSOM. Banking on a Web3 future, the former Essential engineers have partnered with Solana, meaning the OV1 is now officially dead.

More on Nothing Phone: