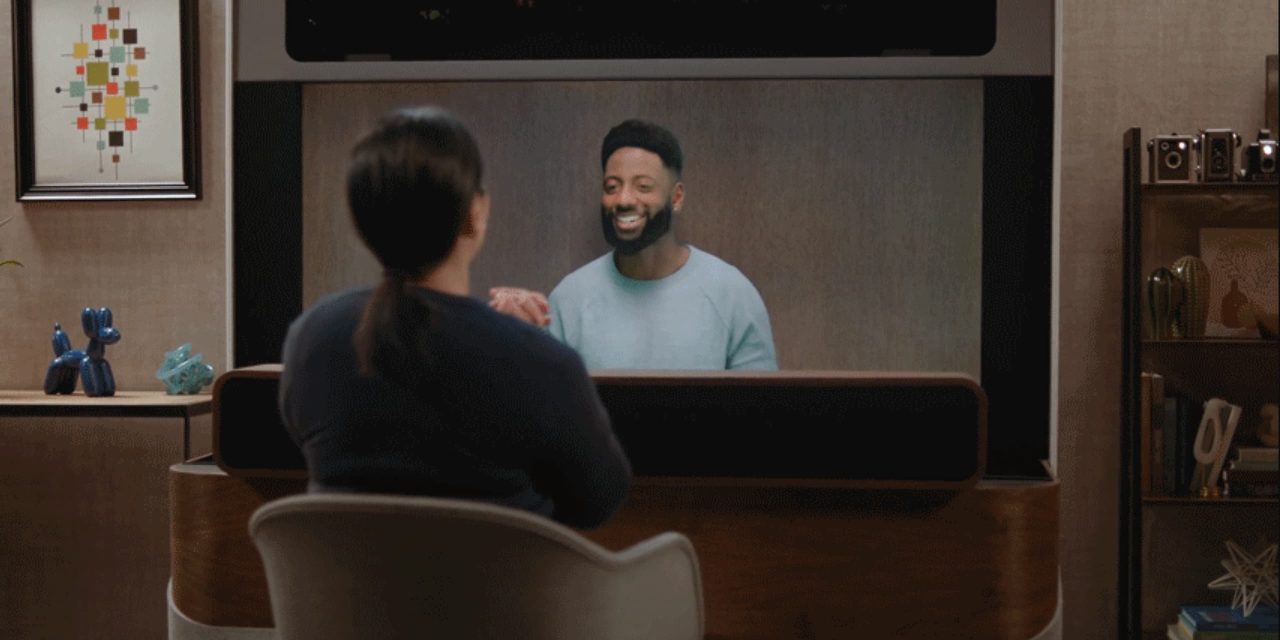 In addition to a slew of Workspace updates at Cloud Next 2022, Google shared today that Project Starline is entering the “next phase of testing,” where more people outside the company can experience it.

…enables coworkers to feel like they are together, even when they are cities apart. It creates a 3D model of a person, making it feel like you are sitting with someone in the same room — not at the other end of a video call.

Project Starline has been tested for thousands of hours within Google and used daily across its US offices, while more than 100 enterprise partners across media, healthcare and retail have received demos.

The next testing step is “deploying units in select partner offices for regular testing” as part of an early access program. Partners named today that are getting prototypes include Salesforce, WeWork, T-Mobile, and Hackensack Meridian Health, with deployments occurring “starting this year.” A disclaimer in today’s post says Starline is “Not authorized by FCC rules. No sales or leases permitted until authorized.”

As we build the future of hybrid work together with our enterprise partners, we look forward to seeing how Project Starline can help people form strong ties with one another.

Starline, which is part of Google’s broader AR efforts, provides an alternative to remote work that involves headsets or taking meetings in virtual spaces. It makes sense that it’s eventually sold as a Google Cloud product/service. That said, Google is rumored to be working on such a headset and glasses.