Guided Frame on the Pixel 7: Who it’s for and how to use it 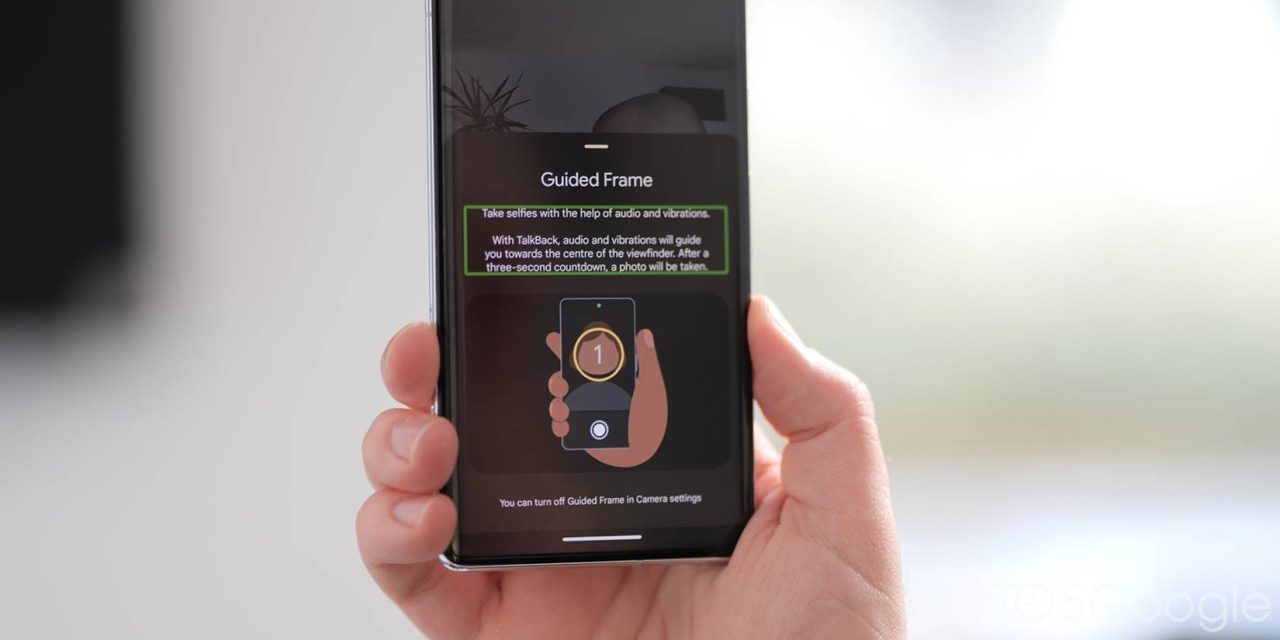 The Pixel 7 brought us an abundance of new camera-focused features. One of those was Guided Frame, a special mode that allows more users to take top-notch selfies. Here’s how Guided Frame on the Pixel 7 works.

Guided Frame is a pretty simple concept. Using the Pixel 7’s front-facing camera along with Google’s TalkBack mode, your phone can help take selfies even if you can’t necessarily see the process clearly.

With TalkBack, a selfie has a few extra implementations. First off, your phone will vibrate at different times to help you identify when the camera is actually framing your face properly. Along with that, your pixel will audibly guide you, letting you know where to move your head for the best shot.

Who is Guided Frame for?

TalkBack is a huge feature and does take a bit of time to learn. That’s why both it and Guided Frame were intentionally designed for the visually impaired community, making it much easier to accomplish tasks that would otherwise be difficult.

Related: ‘TalkBack’ on your Pixel: What it is and how to turn it on or off

Those who use TalkBack on a regular basis will have an easy time taking selfies to share with others. Guided Frame works very well and the results are genuinely good.

On top of that, the Pixel 7 series was the first to make use of this new feature, however, Google noted that the Pixel 6 lineup will also see Guided Frame at some point in the future via software update. This is because the Pixel 6’s Tensor Chip has the same basic framework as the Tensor G2, allowing the phone to make use of the AI-based feature.

How to turn on Guided Frame

As mentioned, Guided Frame is a part of TalkBack on your Pixel, meaning you need to enable that feature to get your phone to verbally guide your selfies. We have an in-depth guide on TalkBack for the Pixel, though we’ll leave the highlights in the steps below:

From there, simply hold your volume buttons down for a couple of seconds. TalkBack should turn on and limit your phone’s touch capabilities. If you double-tap your power button you should open the camera app – so long as that shortcut is enabled.

Once the camera is open, you can select the camera switch button and get guided photos. Your Pixel will audibly give you instructions for framing your face. On top of that, your phone will vibrate to let you know went the shot looks good. Once you’re ready, a three-second countdown will begin.

Guided Frame will be active so long as the camera app is open and the selfie camera is active.

The Pixel 7′s Guided Frame feature is a fantastic tool that really simplifies taking selfies for those who are visually impaired. The feature is easy to turn on and use so long as you’re used to using TalkBack. For those who don’t need the feature, it’s generally not something we recommend turning on.