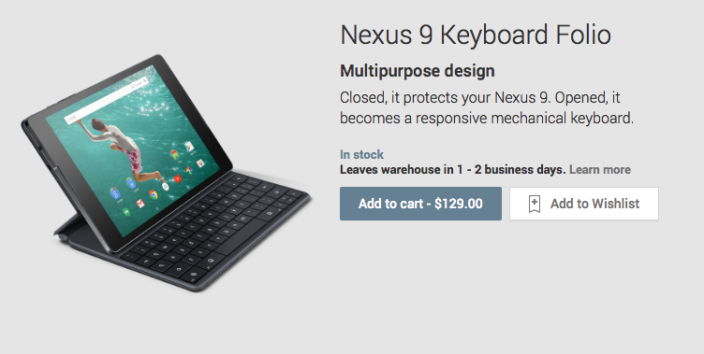 END_OF_DOCUMENT_TOKEN_TO_BE_REPLACED

Google this afternoon released a new folio case for its Nexus 7 tablet. The case is a lot like Apple’s Smart Cover for the iPad, as it does not cover the back of the device. Though, Google’s case does not attach like Apple’s, but rather is fit to the device and covers the sides. It does, however, turn on and off when you open or close the front cover.

The folio can hold the Nexus 7 up at two angles, one of which is better for watching video content, while the other is better for typing.

The case is not cheap by any means, coming in at $49.99. It is available in Bright Red and Black and is available to ship within 1-2 business days.