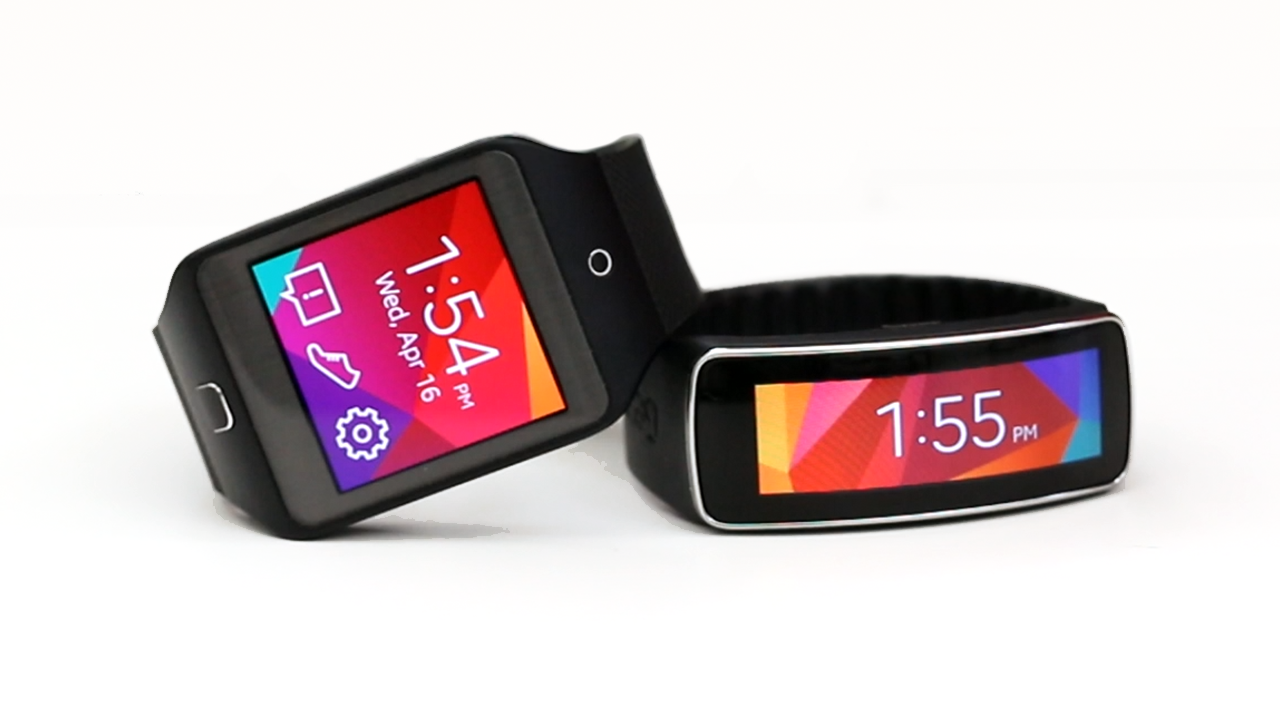 Out of the three smartwatches recently released by Samsung, the Gear 2 Neo and Gear Fit seem to be questioned the most. Both of these device are priced at $199 and offer similar features, but which one should you buy? Take a look at our full comparison video between these two wearables to find out.

If you’re looking into the Gear 2, you may be surprised to find that the extra $100 will only get you a camera and a slightly different (metal) build quality on the face of the watch. When compared to the Gear 2 Neo, everything else is identical. With that being said, the best options you should consider are the Gear Fit and Gear 2 Neo.

The first thing you’ll need to consider is the difference in functionality. Are you looking for something that strictly focuses on fitness, or would you like the best of both worlds? Samsung’s Gear 2 Neo offers everything that the Gear Fit does, but some people don’t want all of the extra icon clutter or added wrist real estate. The Gear fit may sit a little higher above your wrist, but if you’re into fitness, it’s hard to deny the compact form-factor and “fitness band” style you’re getting with it. Let’s start off this comparison by taking a look at internal specifications.

Apart from the added 4GB of storage, slight processor difference, and screen size, the Gear Fit is very similar technology when compared to the Gear 2 Neo, but lacks a bit of functionality. With the Gear 2 Neo, you’ll have the ability to install third-party apps (from a ghost town app store), make and receive phone calls via the built-in mic and speaker, initiate text messages, and use its IR blaster and the WatchON app to control your TV and set-top box.

It’s important to remember that the Gear Fit only focuses on health. That’s all you’re getting from it. In fact, everything that the Gear Fit is capable of, can be done with the Gear 2 Neo. They can both read your heart rate and have integration with S Health to track your steps and exercise. Along with that, each smartwatch can receive notifications from your device and has the ability to quick reply to incoming calls and messages. The biggest difference between the Gear Fit and Gear 2 Neo is the size and a handful of additional features to sweeten the deal. A budget conscious mind would say that all signs point to purchasing the Gear 2 Neo, because surely getting more for your money is the better route to go, right? Unless you can’t stand the difference in size, or really don’t care for any other features beyond fitness tracking, logically the Gear 2 Neo is the winner. Though it’s hard to look past the sleek band-like design of the Gear Fit.

For myself, it’s a toss-up. I’ve been using both devices on and off since they launched, and while I don’t mind having the extra features, I rarely found myself using them. Everything I needed was possible with the Gear Fit, but I almost feel like it’s a waste of money when you can get more for the same price. If you’d like to pick up one of these devices, both are currently available for $199.

Which Samsung wearable do you prefer?