BLU has a growing reputation for admirable devices that cost very little, and its latest handset looks to continue that trend. The BLU Life One goes on sale at the end of this week, on July 17th and is currently available to pre-order for just $99 unlocked and SIM-free.

Android One lands in Pakistan with QMobile A1 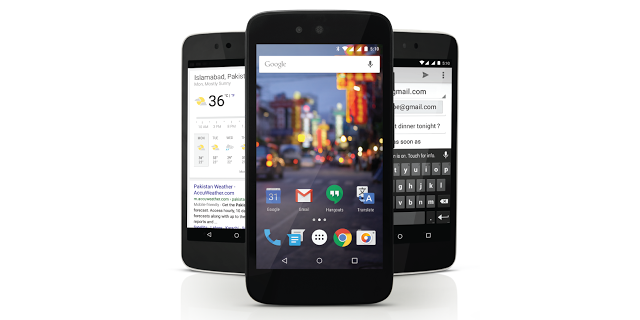 Android One has arrived in Pakistan at long last, and does so with the launch of the QMobile A1 smartphone. In a blog post this morning, Google announced that consumers will be able to snag one of these new handsets for just 11,500 PKR (around $110 USD) starting today. END_OF_DOCUMENT_TOKEN_TO_BE_REPLACED The photos show four colors: black, white, a kind of mint green and a fourth color that looks more like orange in one shot and red in another (below) …  END_OF_DOCUMENT_TOKEN_TO_BE_REPLACED

Today, Samsung announced its newest processors, the Exynos ModAP. This new chip fuses an LTE-A modem with a quad-core processor, built on a 28nm process. Designed with efficiency in mind, Samsung’s new chip also maintains a cool temperature, which is why the company used a frosty image in yesterday’s teaser.

END_OF_DOCUMENT_TOKEN_TO_BE_REPLACED Barnes & Noble has announced that its next Nook ebook reader will be a co-branded Galaxy Tab 4.

The co-branded devices will combine popular Samsung Galaxy Tab 4 hardware with customized NOOK software to give customers powerful, full-featured tablets that are designed for reading …

END_OF_DOCUMENT_TOKEN_TO_BE_REPLACED While this particular handset is only launching in Russia initially (sometime in Q3), it’s notable in a couple of ways. First, the spec – while not cutting edge – is pretty decent. Powered by a 2.3GHz quad-core processor and 2GB RAM, it has a 4.8-inch HD Super AMOLED display (though only in 1280×720 resolution) and the fingerprint sensor that has so far been exclusive to the S5. It’s not the low-end spec many had expected from Tizen …  END_OF_DOCUMENT_TOKEN_TO_BE_REPLACED