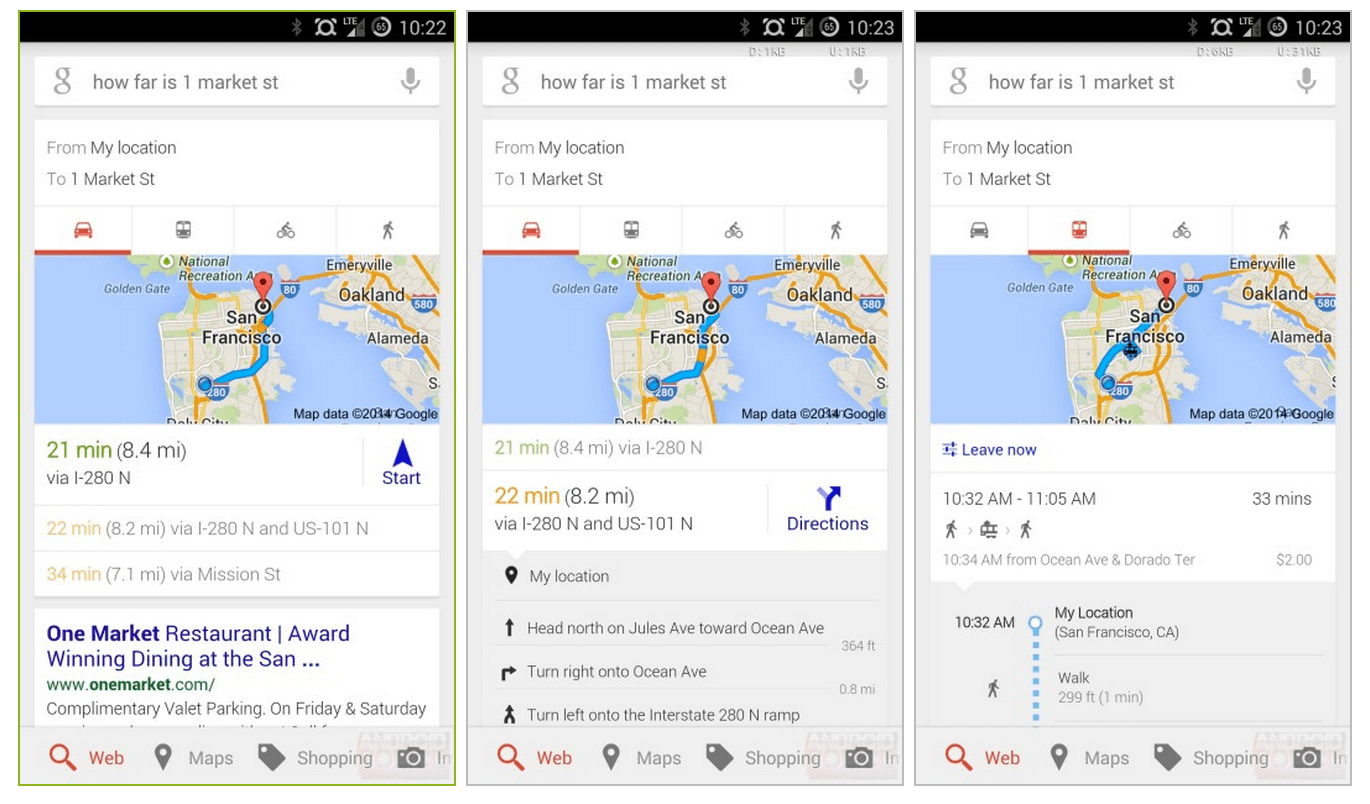 The official Google Search app for Android has been updated with navigation cards that resemble those found in Google Maps. When you search for a destination or directions between two locations, the navigation card displays a map that outlines the trip, with the approximate travel time, distance, suggested and alternative routes, desired mode of transportation and step-by-step directions, all without needing to open Google Maps.

According to Android Police, the new feature is rolling out on Google’s end for several users, so the navigation cards may not yet be available on your device yet. Google Now does not appear to share the update as of yet.

Google Search is available on the Play Store for Android.