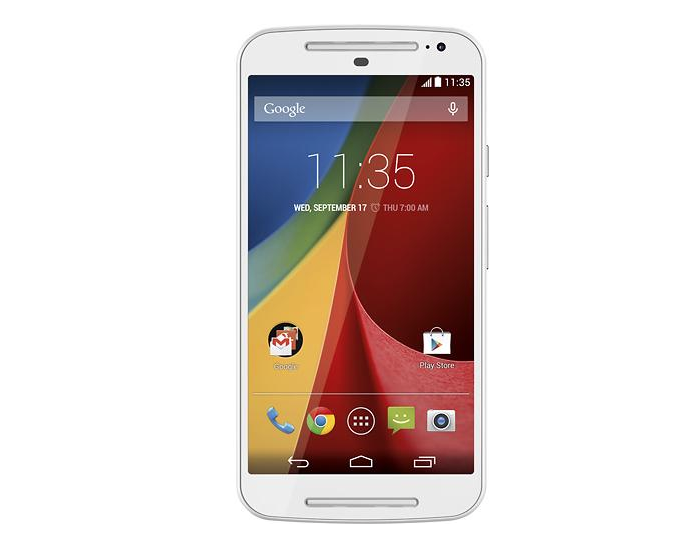 Motorola unveiled the 2014 Moto G last month, but since then, it has only been available via the company’s website. Today, however, retailer Best Buy began offering the device both online and in stores. As you’d expect, the price from Best Buy is identical to what you’d get from Motorola, coming in at $179.99.

The new Moto G, for those unfamiliar, features a 5-inch HD display, a Snapdragon 400 processor, 1GB of RAM, an 8MP rear camera, Android 4.4, front-facing speakers, and a 2,070mAh battery.

The device is available in either white or black for $179.