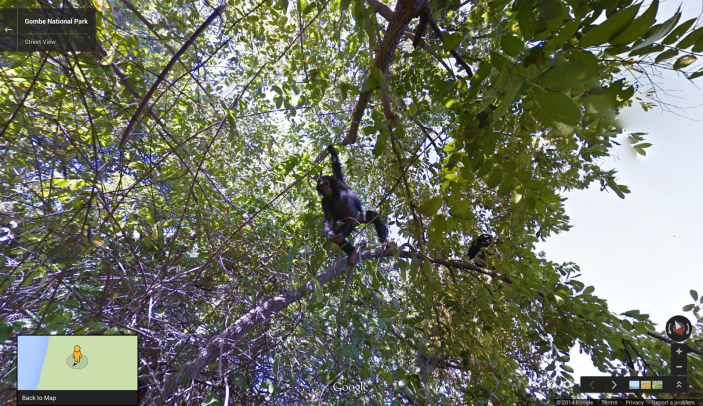 Today, Google announced a partnership with the Jane Goodall Institute and Tanzania National Parks that makes it possible to take a Street View tour of the Gombe National Park in Tanzania without leaving your desktop. This virtual route retraces some of the historical steps of Jane Goodall’s groundbreaking research of chimpanzees in the 1960s.

Equipped with Street View Trekkers, Google has captured thousands of 360 images that are now available to view online. Some of the project’s highlights include a simulation of what it’s like to be Jane Goodall for a day, letting tourists stroll through her home on their way to go for a swim in Lake Tanganyika.