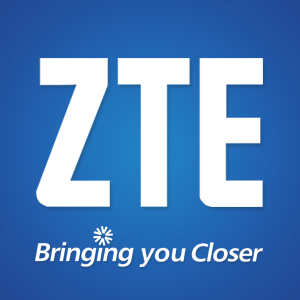 The 2014-15 NBA season starts this week and while some organizations are adjusting to new ownership and new tech, a few prominent teams are hitting the hardwood with a new teammate. Today, ZTE announced that it will be the official smartphone sponsor of the New York Knicks, Houston Rockets and Golden State Warriors.

ZTE is currently the fourth largest smartphone manufacturer in the US, but the company has yet to achieve the popularity of rival hardware companies like Samsung, LG and HTC. By partnering with three NBA teams in major markets, the Chinese telecommunications company could use these new relationships as a springboard to help build brand awareness.

ZTE is known for its prepaid products and recently launched budget-friendly devices on Cricket Wireless and T-Mobile, however the company says it’s looking to become a “household name” in the US.

ZTE announces its big-three NBA partners, tripling its commitment in the US smartphone market

New York, NY, October 27, 2014—ZTE USA, the fourth largest smartphone manufacturer in the U.S.*, today announced it will become the official smartphone sponsor of the New York Knicks, Houston Rockets and Golden State Warriors. Following a successful sponsorship season with the Houston Rockets, ZTE is continuing its partnership with the Rockets and teaming up with the Knicks and Warriors for the 2014 – 2015 NBA season. As part of the partnership, ZTE will increase its commitment to local communities by supporting charitable initiatives such as the Rocket’s Season of Giving, the Knick’s Garden of Dreams, and the Warriors Community Phone Drive, where fans are encouraged to bring their old phones to donate to the Warriors’ charity benefiting underserved youth in the San Francisco Bay Area.

“This announcement reinforces our commitment to building the ZTE brand in the United States and highlights our commitment to investing in the communities in which we live and work,” said Lixin Cheng, chairman and CEO of ZTE USA. “These three teams are a perfect match as strategic partners for ZTE’s corporate sponsorship in the U.S., and combined, ZTE and all three global brands bring powerful lineups that will excite both sports and tech enthusiasts across the country. We look forward to building on our already 16-year track record of bringing robust, yet affordable premium smartphone to U.S. carriers and consumers alike.”

“ZTE is a leading global smartphone brand and a great addition to the Knicks’ roster of world-class partners,” said Mr. Smith. “As the Official Smartphone of the Knicks, ZTE will be synonymous with a world-class franchise and will have a powerful platform to showcase its brand to Knicks fans throughout the tri-state area.”

“We’re excited to announce ZTE USA as the Official Smartphone of the Golden State Warriors for the coming season and beyond,” said Rick Welts, President and Chief Operating Officer of Golden State Warriors. “With the Bay Area being a hub for all things technology, we have no doubt that this partnership with ZTE USA will resonate well with our fan base.”

“Coming off of a very successful partnership during the 2013-2014 season, we’re happy to announce the continuation of our relationship with ZTE as the Official Smartphone of the Houston Rockets,” said * Strategy Analytics, North America Handset Vendor Market Share: Q2 2014

Rockets CEO Tad Brown. “As two Texas-based companies, we share a core value in giving back to the communities in which we operate, and we’re excited to build off of all the great momentum we cultivated last year and take this partnership to the next level.”

In the U.S., ZTE is on its way to greater market awareness as one of the fastest growing handset manufactures in the space. ZTE is the fourth largest smartphone brand in the U.S., second largest in pre-paid and third in Android market share and plans to continue building its presence in the U.S. with more branded devices and investments to become a household name in the United States.