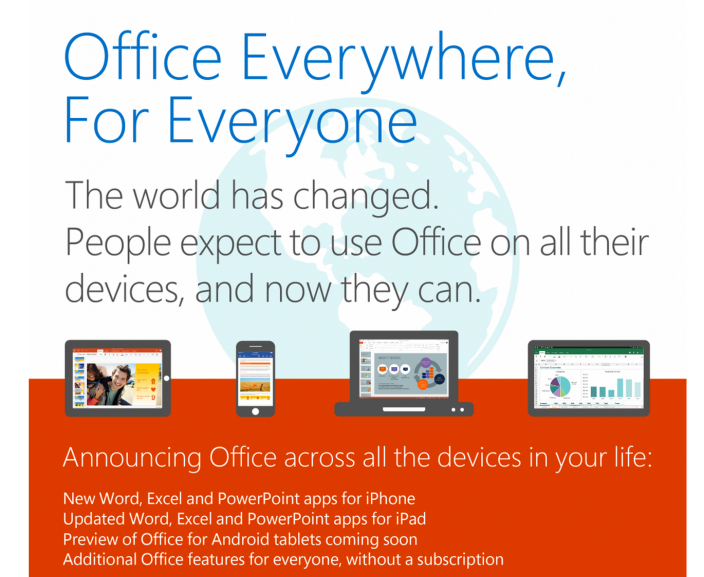 In addition to the updates today (which also includes the release of Office apps for iPhone but not Android smartphones), Microsoft is offering the ability to create and edit for free. The ability to edit previously required a subscription to Office 365, but is now available on iOS for free and coming soon to Android devices. The apps are also getting Dropbox support, something the companies announced earlier this week.

Sign-ups are available now for the new Office preview for Android tablets launching today— Word, Excel, PowerPoint— with apps available in 29 languages and 136 countries. Microsoft is looking for Android tablet users with 7″-10.1” displays, but Android Lollipop devices (Nexus 9 owners) are not eligible yet.