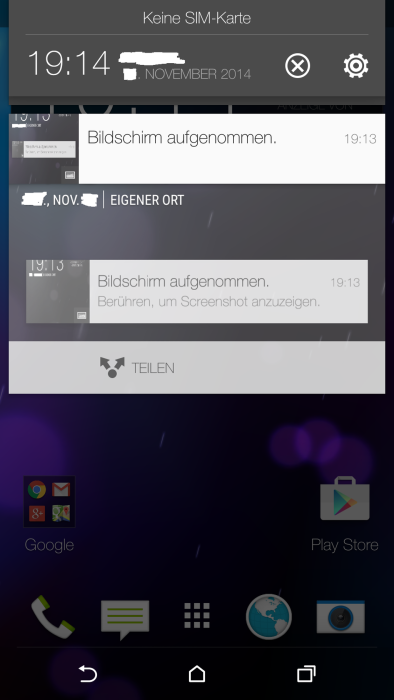 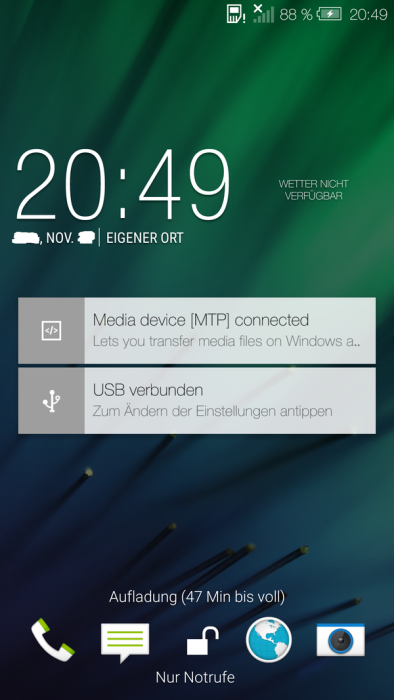 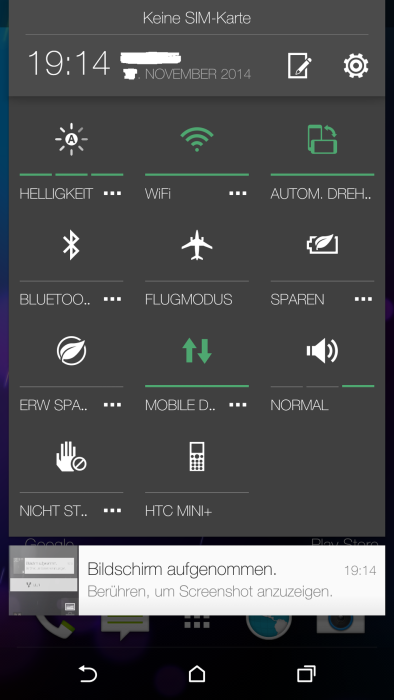 A series of screenshots have surfaced on Twitter that appear to provide a first look at Android Lollipop overlaid with HTC Sense on the HTC One (M8). Given that HTC Sense uses a similar design language as Google, the custom skin does not make Android Lollipop look overly different compared to the stock version.

“Behind the quick settings, the home screen is virtually unchanged,” reports Android Police. “While BlinkFeed isn’t visible in any of these shots, it will probably look the same as well. All in all, HTC One M8 owners have more to look forward to from new features than a different look.”

Android Lollipop was unveiled at the Google I/O developers conference in June, with factory images and over-the-air software updates for the latest version slowly becoming available this month. Just a few days ago, several users began reporting that the Android Lollipop update was beginning to show up on the Nexus 4, 5, 7 and 10.

@martywinsen Hi Marty, got delayed – new target is Friday. Working aggressively to get it out as quickly as possible. Thanks. Mo