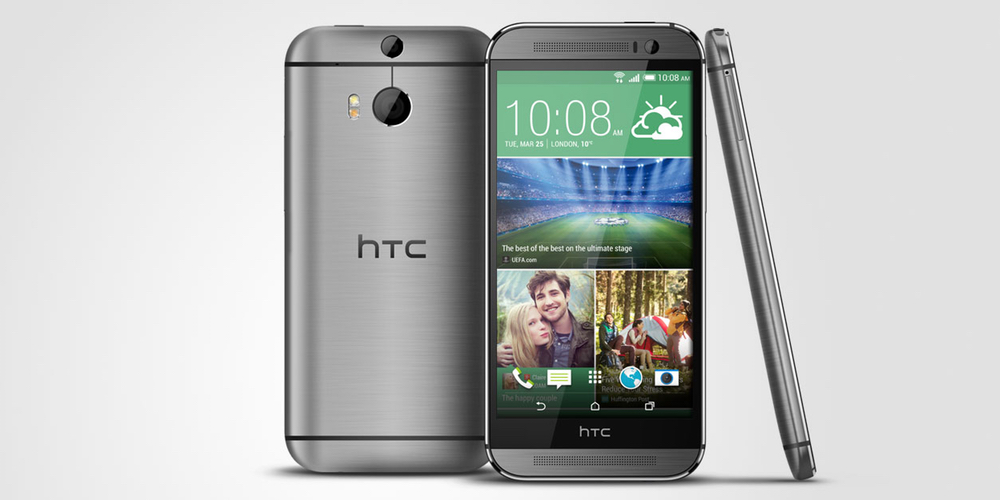 The One M8 launched with Android 4.4.2 KitKat running HTC’s Sense 6.0 overlay and BlinkFeed 2.0. It has since been updated to Android 6.0 Marshmallow running Sense 7.0.

Among the common trends that seem to be picking up in mobile photography, we can certainly include the adoption of dual cameras: brands like LG and Huawei — with the G5 and P9 respectively — have in fact already brought dual-camera equipped, high-end terminals to the mainstream market.

END_OF_DOCUMENT_TOKEN_TO_BE_REPLACED

HTC’s product management chief, Mo Versi has confirmed on Twitter that several North American carrier-locked variants of the HTC One M9 and One M8 will be getting Android Marshmallow over the coming weeks.

Beginning this coming Monday, January 18th, the Marshmallow OS update will be pushed to Sasktel, Rogers, Wind and Videotron HTC One M9 owners in Canada.

Great news for our Sasktel, Rogers, Wind and Videotron HTC One M9 owners! We'll go live on Monday for the Marshmallow OS update. Thank you!

As you’d expect, following that tweet, many HTC One owners with different carrier-locked versions were keen to known an ETA for their Marshmallow update. In response to those, Mo Versi stated that the HTC One M8 on Sprint will get the new software from the middle of next week, while the T-Mobile variant is on schedule for a January 25 release.

Sadly there’s no specific news for AT&T or Verizon users, except to say that HTC needs a “few more weeks” before the update is ready for the HTC One M9 on AT&T.

If you’re an HTC One M8 owner, you’ll be glad to know that the Android Marshmallow update is rolling out from today to unlocked devices. Mo Versi, the company’s VP of Product Management confirmed the rollout on his personal Twitter handle yesterday afternoon.

Sadly, if you’re using a carrier-locked version, or if you’re in a market outside the Americas, you’ll have to wait a little longer. Those devices almost always take more time to be updated as carrier approval and testing needs to be done before pushing the software out to users:

It’s impressive that HTC has managed to start rolling out Marshmallow updates so soon after the software became officially available. Even the virtually stock Motorola handsets are yet to receive the official update, although they are currently subject to software soak testing for some users.

HTC, of course, was the first Android OEM to release a non-Nexus smartphone running Android 6.0 Marshmallow out of the box. The One A9 was announced a few weeks ago and makes full use of Google’s latest mobile operating system, including the baked-in fingerprint sensor support and Android Pay, Doze mode and more. No other manufacturer has managed to do that yet.

Since the One A9 was announced we’ve seen several new handsets including the likes of Samsung’s new A-series, Huawei’s Mate 8 and the Oppo R7s among many others, all of which have (or will) hit the market running a version of Android Lollipop. HTC, clearly then, is ahead of the curve with software updates and that’s something to be applauded.

HTC rolling out Android 6.0 Marshmallow to the unlocked HTC One (M8) ‘within 24 hours’

Let’s just say that HTC doesn’t have the best track record when it comes to software updates, but here’s a glimmer of hope: According to HTC’s Mo Versi (the same guy that announces pretty much all of HTC’s smartphone software updates), the unlocked HTC One (M8) should be getting Android 6.0 Marshmallow very soon.

Specifically, Mo says “testing has been complete,” for the new software and that “the update for Marshmallow will be sent out within 24 hours.”

You might be surprised that the M9 didn’t get the update first, and we’re in the same boat (and so is pretty much everyone else on Twitter). Mo did clarify, however, that the update should be coming to the M9 soon. “Will advise once testing is complete,” he says in reply to one user.

HTC One (M8) unlocked owners! Great news, all testing has been complete and the update for Marshmallow will be sent out within 24 hours. Thx

Please note other regions are on a separate Marshmallow update schedule (but soon!). @moversi speaks for Americas. https://t.co/HKqw9mCKvY