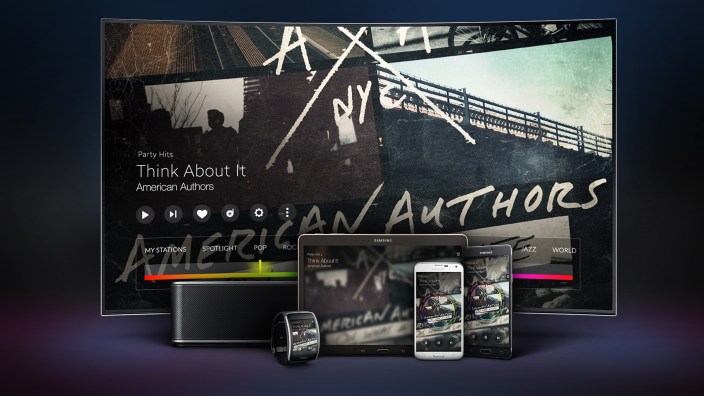 Samsung, during its CES 2015 press conference, has announced that it is expanding the availability and capability of its Milk streaming service. The company says that starting today, Milk Video will be available on Samsung Smart TVs, while the Milk Music app is seeing a new web interface.

Samsung has also announced that users of the Samsung Gear VR headset, powered by the Galaxy Note 4, can now access the Milk experience. Users will be able to experience a daily stream of 360-degree videos and virtual reality channels for sports, music, action, and lifestyle. Milk will also offer VR users the ability to instantly stream content or download the highest quality video available. The content of the app will be updated daily, making for a constant stream of fresh media.

Samsung says that it is partnering with the producers of The Walking Dead, Skybound Entertainment, to offer the first “mystery suspense thriller entirely produced for VR.” Other partnerships for Milk VR include the NBA, RedBull, Mountain Dew, Acura, and more.

Fans of the Samsung Gear VR – the virtual reality headset powered by the Samsung Galaxy Note 4 – will also be able to tap into the Milk experience, with a daily stream of immersive 360-degree videos and VR channels for music, sports, action and lifestyle. The service will offer both “Instant Play” (progressive streaming) and “Best Quality” (download) options in the highest quality available (4K x 2K). Through daily content updates and curating of new videos, Gear VR users will always have fresh, immersive videos to explore.

In a first of its kind announcement, Samsung is partnering with Skybound Entertainment, producers of The Walking Dead, to create in 2015 the first mystery suspense thriller entirely produced for VR. Additionally, through content partnerships, including those with the National Basketball Association (NBA), Skybound Entertainment, RedBull, Mountain Dew, Acura, Artists Den, Refinery 29 and Boiler Room, Samsung will continue to bring dynamic virtual reality content to consumers.