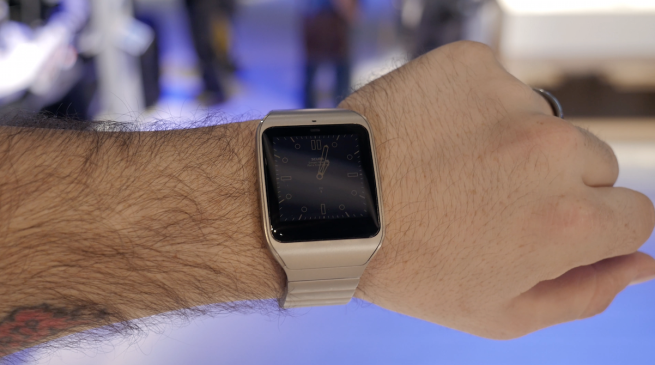 CES 2015 was filled with a handful of surprises in the tech world. Sony took to the stage at its keynote on press day during the conference and announced a couple of additions to its tech lineup for 2015. The Smartwatch 3 Steel was unveiled along with a brand new Action Cam that shoots 4K video…

We originally covered the Smartwatch 3 when it was first launched back at IFA 2014, but it was a bit underwhelming due to its initial design. The first iteration of the Android Wear-powered Smartwatch 3 was put together with a rather cheap feeling silicon band and just didn’t have the same flair we’ve seen from other brands.

This time around, Sony really put together something solid. During CES 2015 a steel version of the Smartwatch 3 was shown off and we went hands-on with it on the show floor. Along with that, we had a chance to check out the all new 4K Action Cam. Check out our hands-on video below for a closer look at these two new offerings from Sony.

I’m a big fan of the build with the Smartwatch 3 Steel. The real benefit is that the steel band can easily be swapped out with others soon to launch in a wide variety of styles from Sony and partners. Sony made the right move with this design and now had a product that sits in the same category as others like the G Watch R, ZenWatch, and Moto 360.

Next up, we took a look at the new 4K Action Cam. This little guy is basically all you’ll need for capturing the action. It features the ability to shoot 4K/UHD video at 30/24 frames per second and up to 240 fps video at 720p. Along with that it ships with a rugged waterproof housing and features some very cool technology on the image stabilization side of things.

The 4K Action Cam also connects to an Android or iOS device to live-stream the video being recorded and allows for manual controls of the exposure and other settings. There’s also a watch accessory that can bp purchased for $50 that will give you the same WiFi-direct connection and controls as the app, but the watch also features a small display and will allow you to monitor the recording without a smartphone.

Check out the above video for more information on the Sony Smartwatch 3 and 4K Action Cam, check out the official press release. What do you think about Sony’s CES offerings?